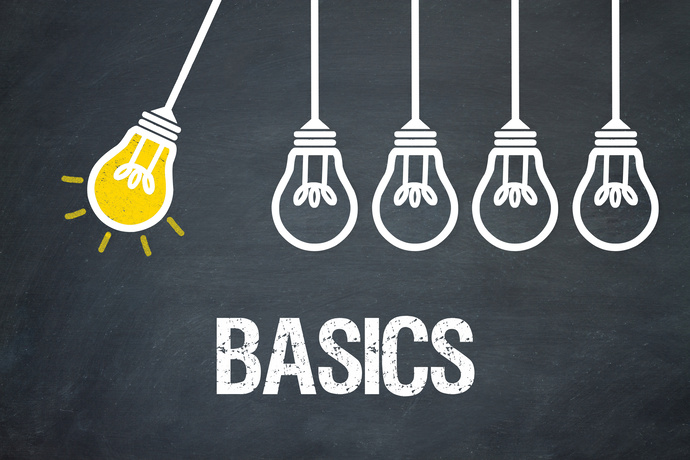 The modern interactive world is assisted and achieved by standards, standards based on patented technologies that enable machines and devices to communicate effectively and efficiently with each other. These technical standards allow us to enjoy connectivity, and the patents protect and ensure the inventor’s rights to such technology, especially telecommunication technologies including those for data transmission, carrier aggregation, and battery mode solutions.

The patents that protect technologies essential to their standards are called standard essential patents, or SEPs. This article will take us through what SEPs are, how they are formulated, and their related topics within the telecommunications sector.

Quick note: the SEPs and standards we will be discussing in this article are those found in the telecommunications sector and most seen discussed by the media.

What is a standard essential patent?

A patent that protects a technology that is necessary, namely “essential” to a standard is termed a standard essential patent. The term “standard” referred to here indicates a standard derived from technical specifications for specific technologies, such as radio technology.

Common consumer products — such as smartphones or tablets — must meet many standards and require the patented technology to do so. Manufacturing these standard-compliant goods without employing key technologies covered by one or more SEPs is impossible.

Standard essential patents are not the same as the patents that are not essential to a standard (non-SEPs). Generally speaking, companies can provide alternative inventions to work around an existing non-SEP to avoid patent infringement; however, they can’t design around a SEP.

The world of standards

What are these standards?

Technologies that are standardized include those that we unconsciously use every day. These include those such as Wifi, Bluetooth, and LTE for our mobile devices, Near-Field Communication (NFC) in smart cards, and other various technologies found in producing video, audio, and autonomous vehicles. Did you know that even the JPEG format for our images also conforms to a set of standards?

Also, to note, the standards for each technology may undergo continuous improvement and revisions and are updated from time to time according to their relevant technical specifications.

Standards are typically set by Standard-Setting Organizations (SSOs), such as the European Telecommunications Standards Institute (ETSI) in Europe, Alliance for Telecommunications Industry Solutions (ATIS) in the United States, and many others around the globe.

The standards for telecommunication technologies are formulated according to the technical specifications (TS) developed and provided by 3GPP (3rd Generation Partnership Project), which is responsible for designing the technologies that drive these global standards.

3GPP refers to a consortium of seven regional SSOs that develops and enforces Intellectual Property Rights (IPR) policy. As we can see from the figure below, both 3GPP and the SSOs all contribute to the establishment of telecommunications standards and policies. 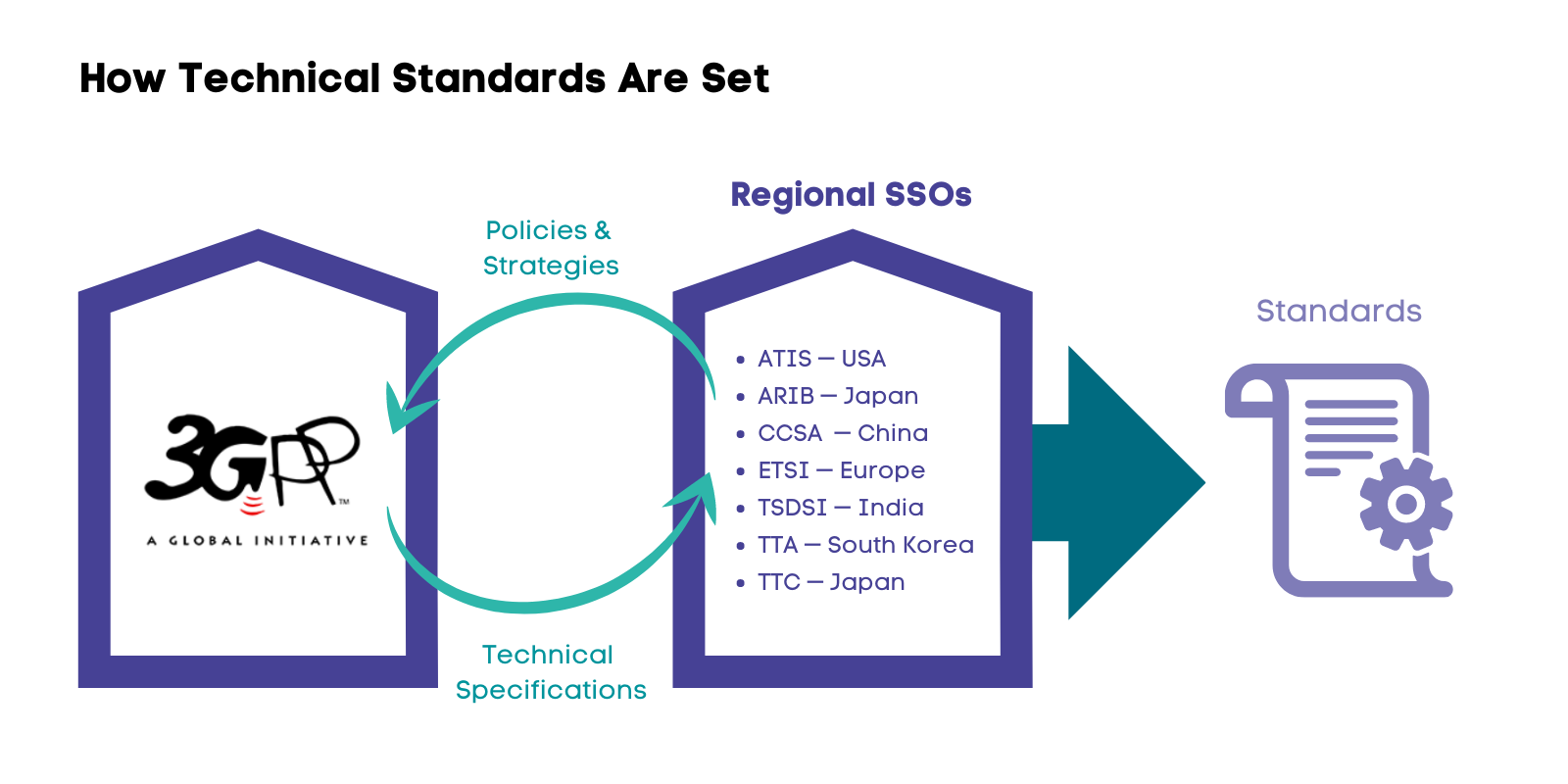 To put it simply, 3GPP provides the technical specifications and SSOs such as ETSI formulates the standards.

A vast majority of the SEPs declared for digital communication technologies such as GSM™, WCDMA (3G), LTE (4G), NR (5G), and DECT™ are set at ETSI. ETSI focuses mainly on the development of technical standards that facilitate important global technologies mentioned above. Globally speaking, ETSI’s IPR database is relatively more active, public, and transparent in the telecommunications sector.

Currently, over 341,909 patent applications have since been declared to GSM, UMTS (3G), LTE (4G), and 5G standards at the ETSI IPR database. This includes 152,929 active SEPs that be implemented in practically all smartphones and tablets that are sold in Europe.

How do SEPs work?

First of all, SEPs need to be declared at, for example, the ETSI IPR database. To do this a patent owner needs to submit a declaration. The minimum mandatory information needed includes the standard/specification number and the patent application or publication number. Applicants will need to fill out the rest of the declaration with all the relevant information, including the project names, releases, versions, etc. A declaration may consist of several SEPs and their family members.

The basic principle is that manufacturers of standard-compliant goods (we call SEP implementers) that use the technology covered by at least one SEP will need to license the SEP(s) from the SEP holders (or owners). Both parties will then negotiate the conditions and fee of using the technology. The outcome of these negotiations is then formalized by a license agreement that must reflect the FRAND terms, which we will discuss more in the next section.

Given their essentiality to a standard, SEPs are crucial for businesses. When SEP holders and implementers cannot come to a licensing agreement, the dispute is usually brought to various courts around the world. In the last decade, there was a noticeable swell of litigation cases in the telecommunications sector with many big names such as Apple, Google, Motorola, Samsung, Ericsson, and Microsoft.

Standard essential patents are patents just like any other ones. Most of the time, the difference between SEPs and non-SEPs is that SEPs has additional declaration information, such as:

Here is an excerpt of Apple’s 5G active SEP declaration list. We can see the declaration numbers and specification(s) for each SEP.

If we click on the patent number, we can look at the details of each SEP. Let us click on the second one — US10951301B2, “5G new radio beam refinement procedure.”

This SEP looks just like any other patent, and indeed it is. But with Patentcloud, we can also see the patent’s corresponding 3GPP specifications and release information.

Industry representatives unite under SSOs to generate technical standards. Then SEP holders commit to making their patented technology accessible under Fair, Reasonable, and Non-Discriminatory (FRAND) terms (also known as RAND) in exchange for an agreed royalty. In other words, FRAND terms are basically a method to ensure that SEP implementors are able to license and use standardized technology on fair grounds. 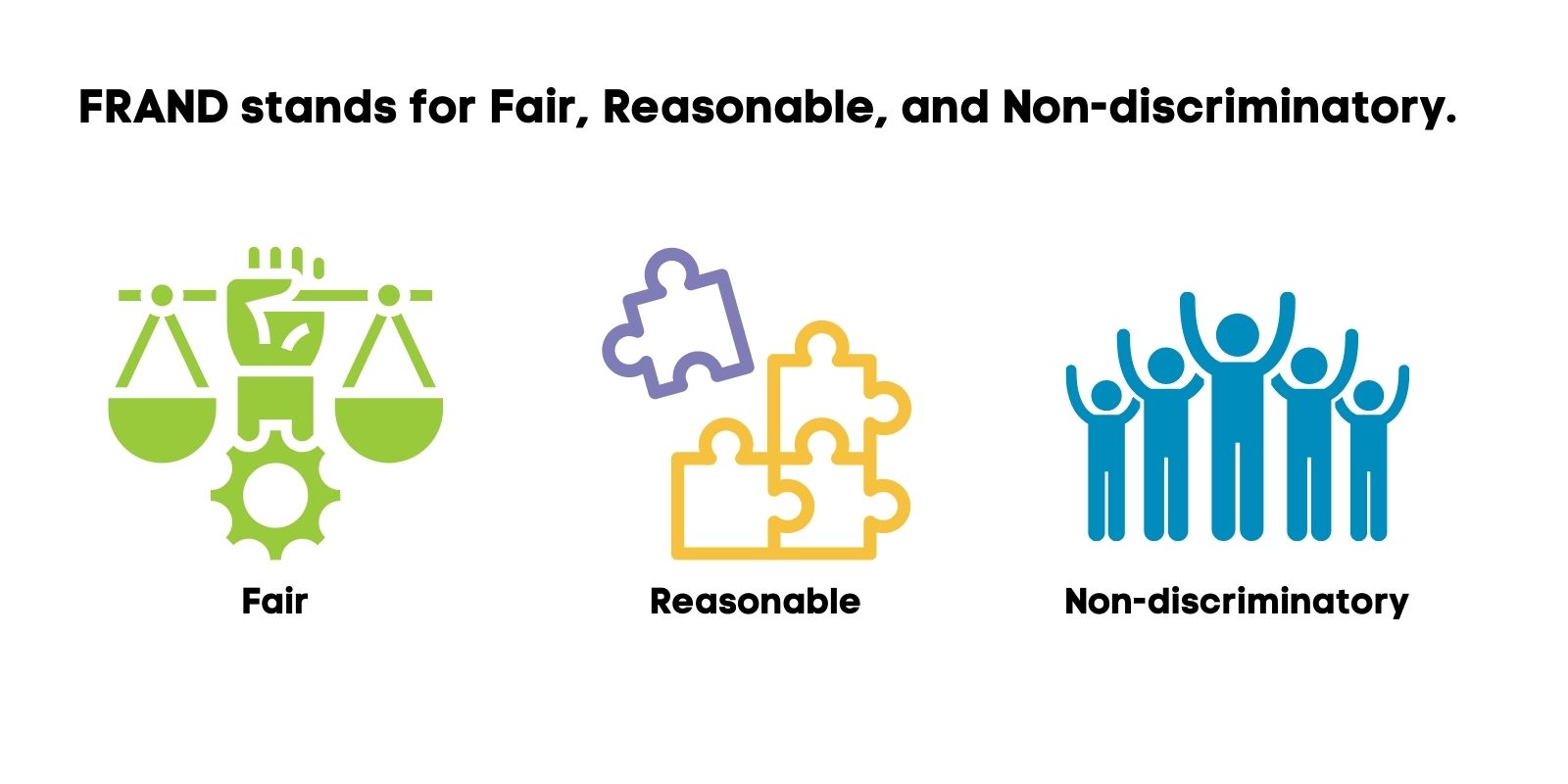 The ETSI IPR Policy requests SEP holders to provide “an irrevocable undertaking in writing” stating that it will grant “irrevocable licenses on fair, reasonable and non-discriminatory (“FRAND”) terms and conditions…” within three months after submitting a declaration.

However, we would like to point out that FRAND terms are not regulatory, although we often refer to them as FRAND “obligations.” This merely means that SSO members agree to abide by FRAND terms when they declare SEPs at such SSOs. This also means that there is no specific entity designated to enforce such FRAND terms.

It’s worth considering that what is fair, reasonable, and non-discriminatory to one person, may not be to others, as there is no universally accepted rule for the specific circumstances under which a license complies with FRAND terms.

We sometimes see SEP disputes in antitrust cases where a patent owner declines to grant a license or refuses to grant the license on FRAND terms. Other disputes between the licensor and licensee will often be brought to various courts around the world, where the judge or jury will determine the FRAND terms and royalty rates for the parties involved.

Challenges faced in the SEP world

Despite this seemingly straightforward method of protecting and using the technology covered by SEPs, IP professionals, technical experts, SEP holders, and implementors alike still face several challenges when working with SEPs. Some of the main challenges include the over-declaration of SEPs, lack of standardized data, and difficulty in determining royalty rates when negotiating SEP licenses, to name a few.

Standard essential patents are typically self-declared by patent-holding businesses as essential for the implementation of standards. It’s worth bearing in mind that the declared SEPs are not subject to any kind of review to determine their supposed essentially.

Since there is no screening for essentiality involved, determining a patent’s essentiality and the value placed on it is usually left to the companies involved in negotiating a licensing agreement. Legal and financial motivations can lead to the issue of the over-declaration of SEPs.

In SEP litigations, opposing legal teams may often find themselves presenting technical arguments about whether the technology involved is essential to a standard.

Our dedicated article will help you to understand more about the over-declaration of standard-essential patents.

As mentioned before, standards are set by various regional SSOs, and declarations are not declared to a single international entity, making it difficult to unify and compile declaration data.

Also, the completeness of declaration data is an issue for those who work with SEP data. For example, ETSI SEP declarations are self-evaluations made by the declaring companies with no verification from any 3rd party. As mentioned before, only the patent/application number and technical specification/standard are mandatory in submitting a declaration to ETSI. Many SEP declarations lack other relevant information such as version number, release information, or project names. In some instances, the assignee of a patent is listed under the parent company, but upon further scrutiny, we find that the real owner is a subsidiary.

All this makes SEP data work tedious and time-consuming.

We discuss the particulars of SEP licensing, how negotiations proceed, and how royalty rates are calculated in our dedicated article here.

SEP OmniLytics is Patentcloud’s app dedicated to monitoring the list of 5G standard essential patents. Why don’t you check it out!