Amazon Design Infringement: Are You at Risk? 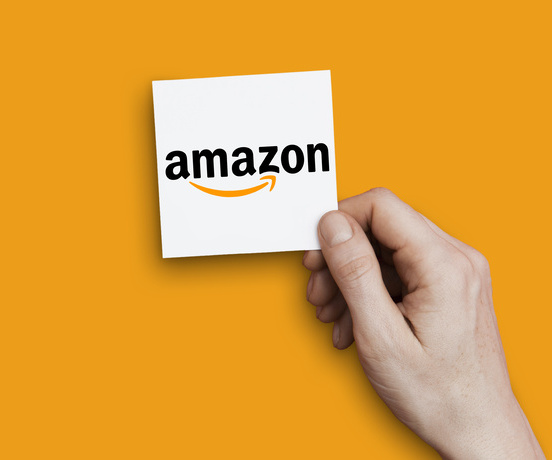 Prevention is better than cure so this article will show you what a design patent search is, why it’s important, and what you need to pay attention to when you conduct a design comparison.

We will also show you a real-life example of a design patent litigation case to see if you can spot the differences and similarities between the designs.

What Is a Design Patent Search and Why Is It Important For Avoiding Amazon Suspension?

A design patent search is a process that involves searching through databases of existing patents in order to determine whether or not your design has already been patented.

A preventative approach needs to be taken; instead of spending a lot of time and effort dealing with the aftermath and complications of Amazon suspension for patent infringement, it is much more prudent to ensure that, as an Amazon seller, you do not launch products that pose any risk of infringing in the first place.

Performing a thorough design search should be the first step that a seller should take before proceeding to manufacture or sell products on the Amazon marketplace without Amazon suspension risk.

A design infringement analysis involves comparing your product, image, design, wireframe, or drawing with others to establish whether or not you are at risk of infringing on any existing patented invention. The outcome of the analysis is based on the differences between the two products.

The analysis is subjective. Furthermore, regarding whether or not the differences or similarities between the two products are obvious, under US patent law, what’s now known as the ‘ordinary observer test’ the following should apply when determining when a patented design has been infringed upon:

“The resemblance [between the alleged infringing device and the claimed design] is such as to deceive [an ordinary] observer, inducing him to purchase one supposing it to be the other.”

When performing a design infringement analysis, you should pay close attention to uncovering the strength of the design, in particular, how different it is from previous works. The most robust design patents are the ones that have nothing similar to them in the prior art. Prior art is evidence that your invention is already known.

The following best practices should be considered to generate the most accurate results when performing a prior art search:

In November 2015, a design infringement case between two rival “ride-on” children’s suitcase companies reached the Supreme Court, which is the highest and final court of appeal in the United Kingdom for civil cases.

The creators of Trunki suitcases, Magmatic, accused rivals PMS International of design patent infringement. The product in question was the Kiddee Case. Both Magmatic and PMS International sell ride-on suitcases for children that are made to look like different animals.

Richard Willoughby, a patent litigation lawyer, stated that the case was “interesting and important” and that “registered design cases rarely if ever reach the Supreme Court.” Mr. Willoughby went on to say that “the outcome of this case is eagerly awaited by businesses and practitioners alike.”

The case went to court, and the judgment was passed on 9th March 2016. Magmatic lost out in the Supreme Court ruling. The Supreme Court stated that PMS International’s Kiddee Case range did not infringe on the registered design rights.

The court stated that design law was based on the “overall impression created by a design.” In the case of Trunki, it is “an animal with horns” and was “significantly different from the impression made by the Kiddee Case, which was either an insect with antennae or an animal with ears.”

Supreme Court Justice Lord Neuberger said that Trunki was both “original and clever” and that it “appears clear” that the Kiddee Case had been conceived “as a result of seeing a Trunki and discovering that a discount model was not available.”
Lord Neuberger went on to add that “unfortunately for Magmatic, however, this appeal is not concerned with an idea or an invention, but with a design.”

Amazon sellers could take advantage of the fact that design patent law is only concerned with the design and not the idea or invention. Performing a design around could alleviate any potential accusations of infringement further on down the line.

What’s a Design Around?

Designing around a patent, in basic terms, means creating a brand new invention, one that performs in the same way as an existing patented invention but is different enough not to infringe on said patented invention. Additionally, the term “design around” is also used when describing a creation resulting from this process.

Designing around a patent is common practice and can open doors and create opportunities for companies and inventors to enable them to sell products in markets that would otherwise be forbidden under IP law.

To patent an invention successfully, the inventor must reveal how the invention was created. This can potentially make it a lot easier and less expensive for would-be competitors to discover alternative ways to achieve the same task as the original patented invention because knowing one way that a problem can be solved provides insights into the problem itself that can point to other solutions.

Performing a design around as an Amazon seller is a possible solution to design patent infringement. However, sellers need to consider the associated costs involved in pulling a product from the market that has already been mass-produced and then re-manufacturing it once the design around has been successfully completed.

This process can also prove to be time-consuming, as an Amazon seller, time without their product on the market equals loss of revenue.

Our final article in this series will be a step-by-step guide to performing a design patent search using Design Search by Patentcloud. It’s never been easier to avoid patent infringement with Design Search’s “drag and drop” interface.

By preparing yourself in advance and conducting a design search, you can minimize or even avoid the risk of receiving an Amazon suspension and design patent infringement notification on Amazon.

Received an Amazon Design Patent Infringement Notice? What To Do Next