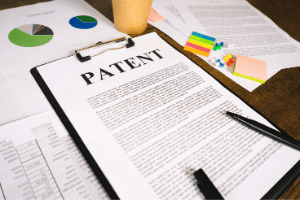 One might think that finding themselves involved in the patent prosecution process means lengthy court battles, worry-filled sleepless nights, hours upon hours of research while sifting through endless written documents and drawings trying to build the best defense possible, all, whilst your bank balance is falling faster than the popularity of an island-hopping British Royal Family member.

Contrary to what the name might suggest, patent prosecution doesn’t mean fighting a lawsuit or appearing in court wearing an orange jumpsuit.

What is patent prosecution and what does the term mean?

Patent prosecution is the process of drafting, filing, and negotiating with the Patent and Trademark Office (PTO) in the relevant country, in order to obtain patent protection and rights for an invention.

There are various steps in the patent prosecution process relating to your patent application. These are:

It is common for patent offices to reject one, or more, or even all of the claims made in your invention, which is not necessarily a bad thing as this can indicate the boundaries to which your invention can be claimed. The image below shows a Quality Insights function in a patent’s validity report which allows you to examine the rejection history of a patent application in chronological order.

Generally, most applications are filed by patent attorneys and due to the importance that filing correctly has on your patent coverage and claims – not only during the process but also long-term – it is critical that you leave it to the experts.

While some things can be undertaken by yourself to shave some of the costs off the legal fees, see our “An Inventor’s Guide to Understanding Prior Art“, trying to cut corners and save on others runs the risk of complete invalidation of your patent.

The process of obtaining a patent to cover your invention will closely resemble the steps below, although there may be slight differences in the order, depending on your attorney’s preference.

These steps relate directly to the patent quality rankings, as featured in Patentcloud. This function allows you to check the quality and scope of the patent application using an easy to understand ranking system, useful during litigation or when looking to invalidate a claim or patent. 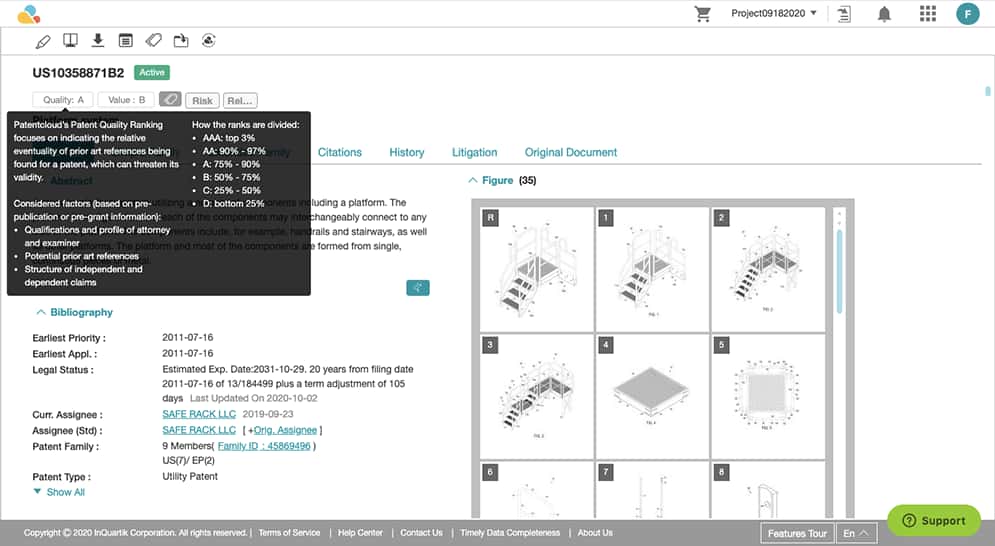 As mentioned in the intro to this article, it is commonly misunderstood that patent prosecution entails court action – at least not in the case that the name assumes, however, that is called patent litigation and can only commence when a patent has been granted and deemed to infringe on another patent once commercialised or monetised.

Patent prosecution: What you need to know

Once you have filed your patent application in the respective patent and trademark office of the country that you wish to hold your valid patent in, the status of your application then becomes patent-pending until granted.

Depending on the geographical location of your filing, the examination process may differ slightly from place to place, with some countries placing greater emphasis on the review process by conducting a more thorough scrutiny of your prospective patent, including the inventive step which led you to your invention – to ascertain patent eligibility.

The UK and Germany follow this method, whereas the Netherlands and Belgium adopt a ticked boxes approach which centers around the particulars of the patent application, as well as if the applicant provided all of the requested information and paid appropriate taxes.

It is also worth remembering that different jurisdictions have their own set of rules and  regulations that may relate specifically to that country or region. One example of this is in the Middle East, where some countries may reject a patent on moral or ethical grounds or those that violate public order.

As well, with the emergence of AI and its prominence in patent filings, some patent offices do not recognise AI as a named inventor. This can have significant consequences for the future of the patent but also for the machine’s owner, who is also unable to register the patent under their name.

A number of worldwide WIPO initiatives including bilateral and trilateral agreements are in place to aid and simplify the patent prosecution process when considering taking your invention to a global audience or as part of your IP protection strategy.

After your initial filing in any one of the member states’ patent and trademark offices, you are given 12 months to file in any of the other participating offices for accelerated patent prosecution procedures. This allows the examiners to speed up the process by sharing information and benefiting from the research and work carried out by previous examiners in other locations.

The PCT-PPH, often referred to as just PPH or Patent Prosecution Highway, encompasses multiple agreements under different sub-initiatives including:

The patent prosecution process is complex and achieving a granted patent that will remain valid for the duration it is supposed to is heavily reliant on ticking all of the right boxes and the clarity of your claims, description and artwork. Something that might seem trivial to you – like a dotted line instead of a solid line on illustrations, or the wrong word choice in your detailed description – could mean the difference between a valid and an invalid patent.

Therefore, we highly suggest seeking the help of an experienced patent attorney or consultant to assist in the drafting and prosecution of your application to ensure your best chance of success.

Did you find this patent prosecution article helpful? Please leave us your comments and feedback over on our LinkedIn and Facebook pages.