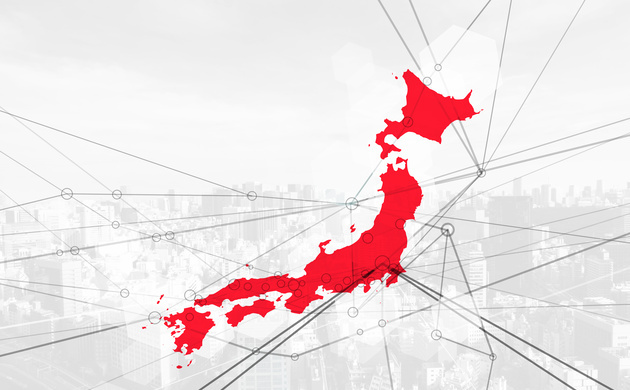 This article summarizes 10 key findings in the report to give you a quick overview of Japan’s latest patent trends in 2021.

You can also check out our key takeaways from the JPO annual reports from 2019 and 2020.

International patent applications are still on the rise despite the decrease in the number of applications filed.

The number of patents applications filed in 2020 decreased by 6.3%, which is a larger decrease compared to the 1.78% decrease we saw in 2019. However, the number of international patent applications grew slightly by 1% this year.

The number of granted patents remained relatively the same compared with the year before.

3. U.S. applicants still come in second after Japan as the major patent filer

China, South Korea, and Germany follow the U.S. and Japan to make up the top 5.

For international patent applications, Japan still takes the crown with 26,963 applications, followed by the U.S. and China with 14,656 and 5,330, respectively.

As seen in the past two years, the U.S. still takes the top spot for applications in a foreign language (4,380).

4. Canon, Mitsubishi, and Toyota still take the lead as the companies with the most patents granted

The top 10 company status is relatively stable with only NED Corporation rising in the ranks.

Apart from NEC Corporation that appeared in the top 10 rankings this year, the top ten companies that received the most patent grants in 2020 remain relatively the same in rankings. Canon Inc. showed the most growth in numbers of grants with 13.7%, whereas most companies showed a slight decrease in numbers.

Only Toshiba Corporation which took 9th place in 2019 was squeezed out of the rankings.

5. Alibaba rockets into the top 10 foreign companies with the most grants from 33rd place

Qualcomm remains first, with some shuffling of the rankings.

In 2020, Alibaba Group skyrocketed into 9th place from its previous 33rd with 278 applications granted, pushing 3M Innovative Properties out of the top 10 rankings.

The rest of the top ten companies remains the same with only a reshuffling of the rankings, with LG Chem rising to take 2nd place.

6. The number of PCT applications shows a slight decline from the gradual increase in previous years

The numbers in 2020 show a slight decline from the steady continuous increase since 2014.

The number of PCT applications dipped slightly by 4.5% from the previous year but not enough to fall back to the total of applications in 2018 (48,630), breaking the climb we saw in the past few years. We may continue to observe if this trend continues in the future.

7. The number of utility model applications started to grow from the previous decline

The overall number of utility applications has grown by 12.9% from the previous year.

Despite the previous decline seen from 2010 to 2019, the overall number of international utility model applications has steadily increased from 79 applications in 2011 to a surge of 253 in 2020.

There has been very little fluctuation in the number of design patent applications since 2011.

The JPO began to process international applications filed under the Geneva Act on May 13, 2015.

10.  Foreign companies with the most domestic design patents granted shows a big reshuffle in rankings

Google, who took first place in 2019 dropped to 6th after being overtaken by newcomers such as Harry Winston and LG Electronics. We can also see some other foreign companies such as SharkNinja which was originally in 48th place and Huawei (originally in 38th place).

We hope that you have enjoyed our key takeaways from this year’s JPO report.  If you are interested, you can check out the full report.