How to Calculate It and Why It Matters for Your Business 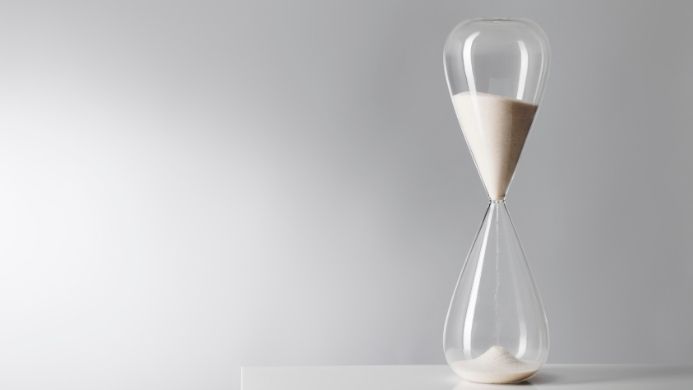 In one of the previous installments of our Patent 101 series, we discussed the importance that the patent legal status has in defining a winning portfolio strategy. In this article, we focus on another key piece of information: the patent expiration date. As it often happens in the IP world, details that seem simple are actually part of a bigger picture that can provide us with plenty of guidance to get the most out of our portfolio: let’s find out how.

Why Do Patents Expire?

Patents were introduced centuries ago as a tool to foster innovation by giving inventors the right to exclude others from making, selling or using their inventions.
In exchange for this protection, inventors have to disclose their findings publicly to enrich the world’s collective knowledge and set the ground for even more inventive developments.

However, the risk of such exclusivity leading to negative outcomes — in which society’s growth is hindered and economies are imbalanced — is always there.
This is precisely why all patents come with an expiration date, after which the invention goes into the public domain: from that moment on, the technology disclosed can be practiced by anyone without paying licensing fees or facing infringement threats.

Before diving into the current situation, let’s take a minute to go through the major changes that affected the way patent expiration is calculated.
The 1790 Patent Act — the first patent statute passed by the U.S. federal government — defined patents as documents.

The actual term, therefore, was settled individually for each patent. The other major modifications to the standard term of patents are:

The table above already revealed that the latest regulations concerning patent terms were introduced by the Uruguay Round Agreements Act1 in 1995:

The definition is straightforward and determining when a patent expires sounds as easy as taking a look at the patent’s front page for its basic details.

But what about those patents that were issued before the act? The changes mentioned earlier require us to further investigate the patent’s history to identify which of the following scenarios apply:

These scenarios don’t apply to documents that satisfy the following two conditions:

These patents, in fact, all expired before August 31, 2010, and thus don’t require any further investigation.

What Are the Factors That Can Affect Patent Expiration?

The date resulting from this first round of research and analysis, however, is inaccurate in most cases. The reason is that the current law provides for a number of adjustments and/or extensions to patent terms, the majority of which depend on events that are not mentioned in the patent document itself.

With the steadily increasing number of applications that every year land on USPTO’s desks, examiners have begun facing backlog issues. The chart below, created with data retrieved from the USPTO Data Visualization Center, details the number of utility, plant, and reissue (UPR) patent applications that were awaiting a first Office Action between the end of 2018 and the beginning of 2019.

To cope with the resulting delays that would unfairly shorten the period during which patent holders can enforce their rights, Patent Term Adjustments (PTAs) were introduced. They are classified into three categories according to the type of delay that triggered them:

In some instances, the issue of a patent is delayed for reasons that are independent of the USPTO.

The patents involved mostly cover pharmaceuticals, food products, medical devices, or procedures, for which a Food and Drug Administration (FDA) approval is required.

Since the approval process can take up several years to complete, the term of these patents is usually extended — Patent Term Extension, or PTE — to compensate for the FDA processing time.

Patent terms can be shortened as well. The most common scenario involves Patent Disclaimers, which are linked to the notion of double patenting:

Should any claim of a patent application be deemed as obvious in light of a claim contained in a patent granted previously to the same applicant, said claim may be rejected for Obviousness-type Double Patenting issues.

The legislators introduced these rejections to prevent patent owners from extending the protection of their inventions by simply filing patents that are a mere variation of expiring ones.

As mentioned above, it is the actual filing date of the first application at the USPTO that triggers the patent term, even if the application claims priority from an earlier-filed foreign application.

Patent terms are not affected by reissue or reexamination trials: the expiration date of patents that are reissued following amendments or reexamined is the same as that of the original one.

Why Does It Matter?

Knowing the expiration date of patents is important mainly for strategic reasons: a patent going into the public domain, in fact, means that everyone can freely practice the technology once protected by it.

This opens up to a wealth of possibilities for companies operating in the same market segment: estimating correctly when a specific technology would become available enables them to plan better their market entrance.

Patent holders with products on the market can benefit as well from this piece of information as it would allow them to face more effectively the most common consequences of a technology going into the public domain:

Patent transactions and M&As are also heavily influenced by expiration dates: investing money and time in a portfolio that is rich in expiring patents is certainly not a smart business move.

Moreover, knowing when the patents in a portfolio are going to expire can help owners determine the “age” of it: in some instances, it is far better to inform potential buyers about how many patents are “young” (3-5 years from filing) or “old” (3-5 years to expiration), instead of disclosing exact dates.

This detail can as well help owners decide whether to interrupt the maintenance of some patents for budgeting purposes.

As mentioned in the introduction, calculating the remaining life of a patent is not an easy task. Gathering the required information, in fact, requires searching in multiple databases.

Currently, there is no vendor that can process automatically and comprehensively data related to FDA delays or terminal disclaimers, mainly because they are tied to factors that are external to the patent ecosystem or that follow the patent prosecution.

As for PTAs and reissuance, however, Patentcloud can correctly estimate delays and offer realistic expiration dates for U.S. patents. This is made possible by the high standards of quality that characterize the post-processing phase in Patent Search:

It goes without saying that having all the data grouped and organized neatly in one location greatly improves efficiency: to experience the difference, give Patentcloud a try here.

[1] With this act, the United States implemented the Marrakesh Agreement of 1994, which transformed the General Agreement on Tariffs and Trade (GATT) into the World Trade Organization (WTO).

Provisional Patents: A Closer Look at the Benefits, Pitfalls, and More.

Patent Lifecycle Management: How to Improve It?