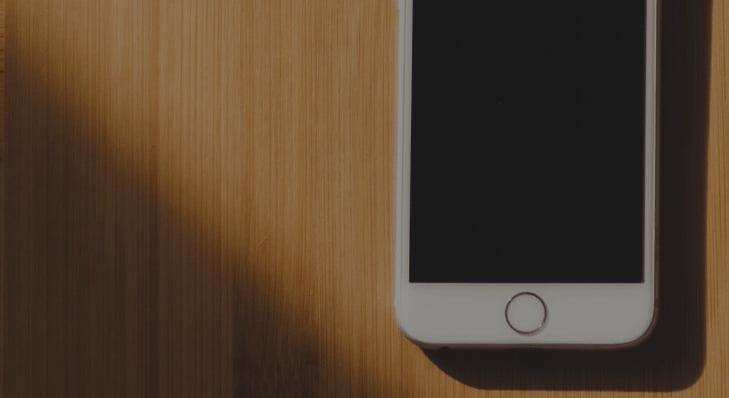 The smartphone industry is colossal, there’s no escaping that. So what happens when design patent infringement occurs in this industry? Apple certainly made the right decision by covering their devices with both design patents and utility patents.

Read on to find out more about the industry, take a look into one of the most high profile infringement cases of all time, and discover how to avoid design patent infringement for yourself.

Key Facts About the Smartphone Industry

The smartphone to the left is Samsung, Apple is on the right.

The Trial in a Nutshell

The Apple v. Samsung series of cases were concerned with Apple’s patents related to its iPhone smartphone products and Samsung’s smartphones and tablets. According to many sources, Apple spent months and months creating the iPhone’s design and discarded many hundreds of designs along the way, before finally settling on the iconic iPhone design that we all know today.

Apple took legal action against Samsung for patent infringement in April of 2011. At the same time, Samsung countersued Apple, claiming mobile-communications patent infringement. Four months later, Apple and Samsung were involved in no less than nineteen legal cases across nine countries; this increased to ten by October of the same year.

Fast-forward to July 2012, Apple and Samsung were involved in over fifty legal cases worldwide, with billions of dollars of damages at stake.
The court ruled in Apple’s favor in the US, whereas Samsung won in South Korea, Japan, and the UK.

Come June 2013, Samsung won a limited ban from the US ITC on sales of certain Apple products after it was discovered that Apple had infringed a Samsung patent, this decision was then denied by Michael Froman, the US Trade Representative.

The $400 million decision from the first trial was then reversed in December 2016 by the United States Supreme Court. The case was then returned to the Federal Circuit court in order to define “article of manufacture” as the design patents related to the smartphone’s case and screen and not the smartphone itself.

In the retrial, Apple believed that it was entitled to damages of just over $1 billion from the profits that Samsung had made from selling smartphones that infringed on Apple’s patents. Samsung attempted to restrict damages to roughly $28 million, stating that it should only pay for the profits that came as a direct result of the components used in its phones that infringed Apple patents.

Apple was initially awarded the $1.05 billion in an earlier trial; this amount was then reduced in 2016 by the Supreme Court, who unanimously agreed with Samsung’s objections and handed the victory to Samsung. However, the Supreme Court did not pass any judgments about the patents themselves; they left the decision-making to a lower court.

This trial happened in May 2018 and ended in defeat for Samsung. While Samsung had argued that it only owed $28 million in damages, the jury awarded Apple $539 million, which is obviously a lot more than the figure which was originally appealed.

There were four Apple design patents involved in the various lawsuits. It’s worth mentioning again that both Apple and Samsung also accused each other of infringing upon utility patents, but for the purpose of this article, we focus on the design patents in question. 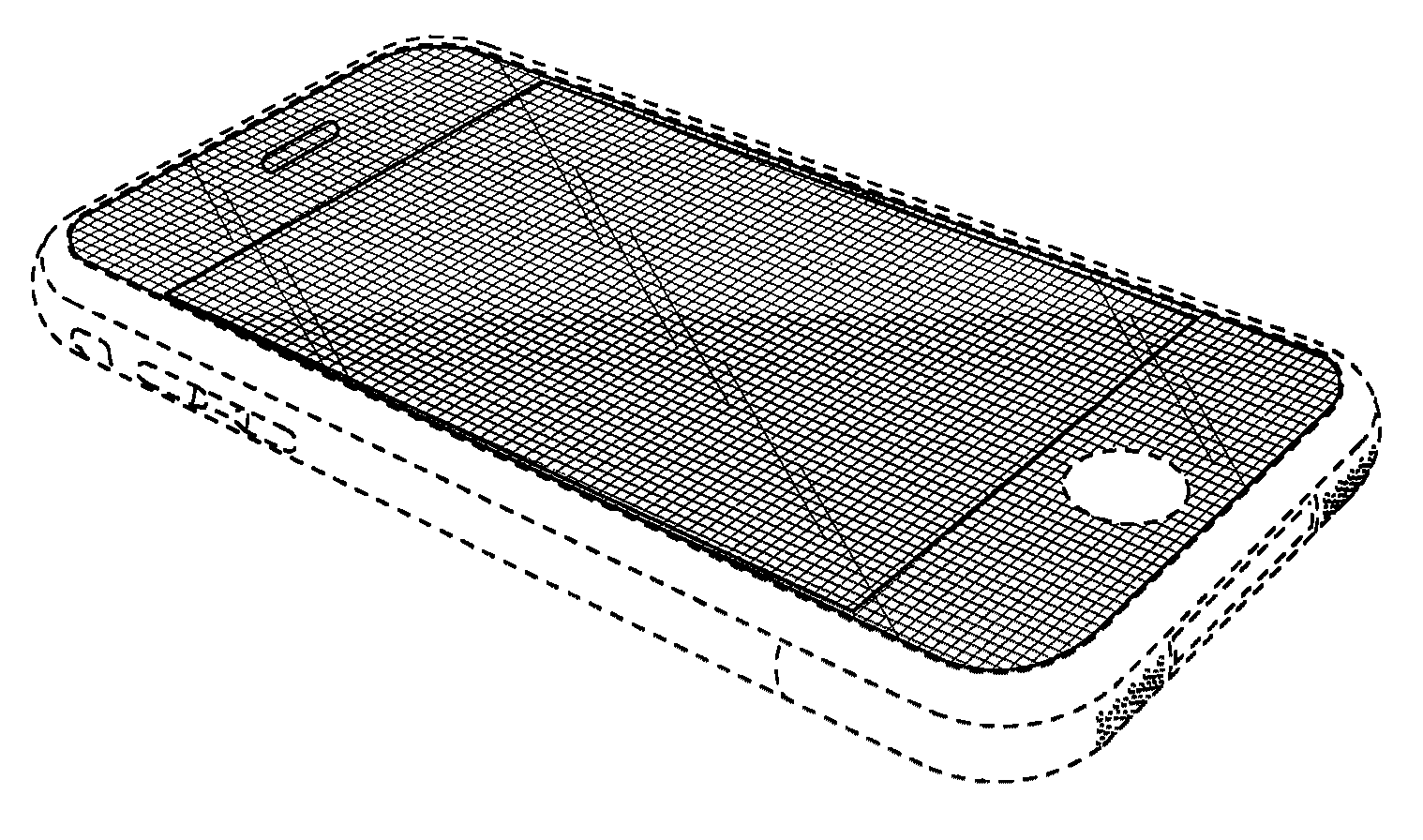 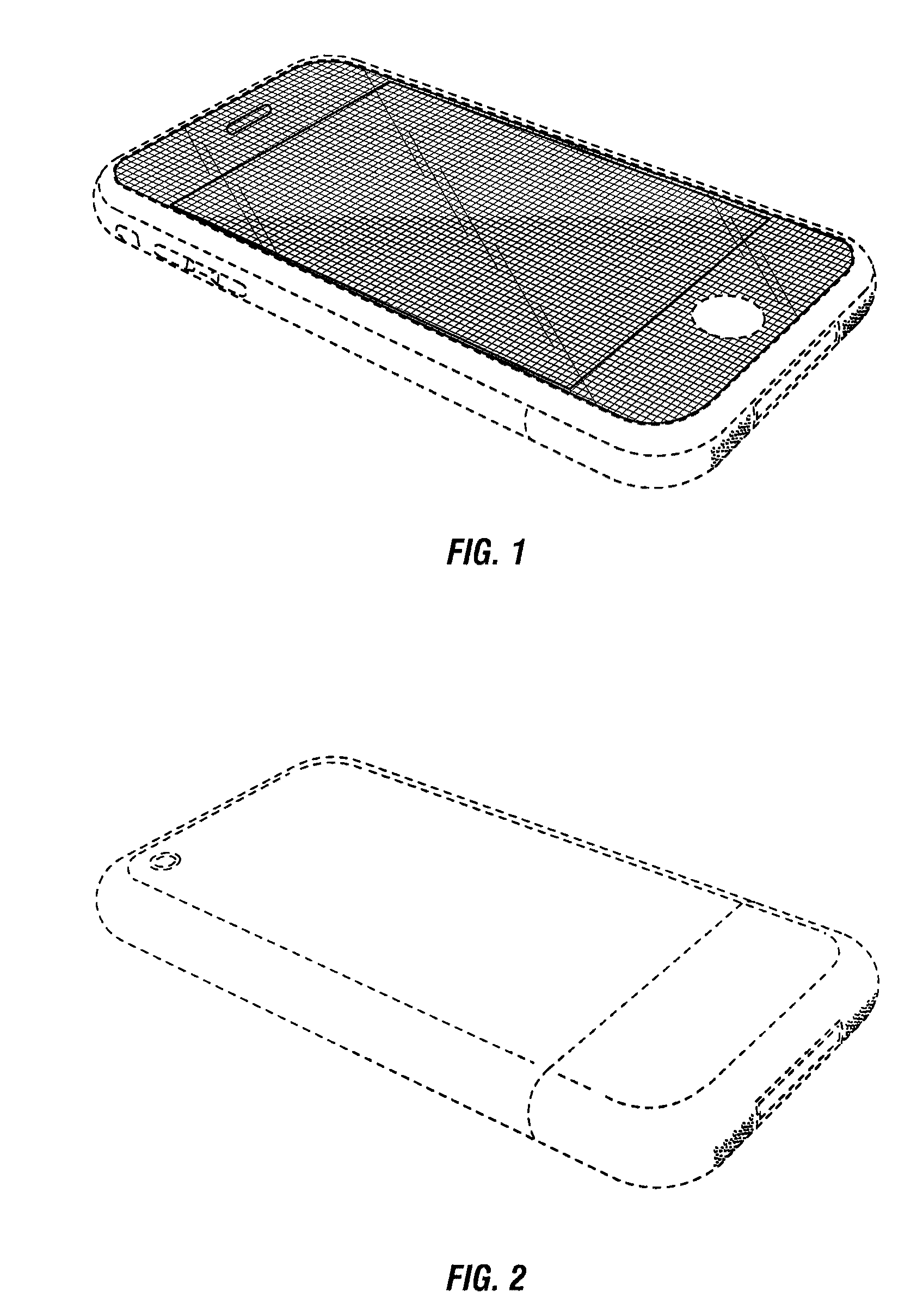 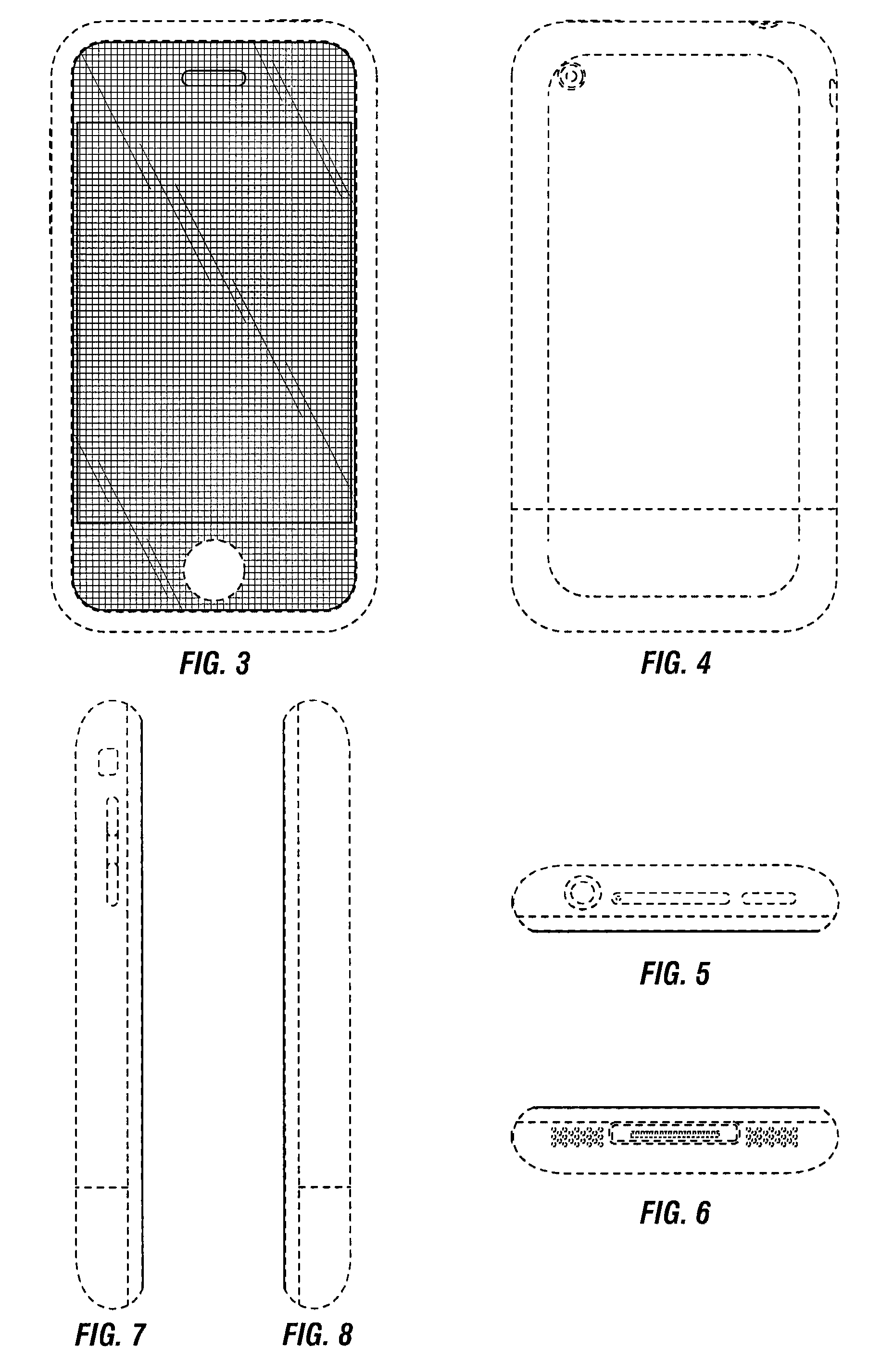 D618,677 This patent covers specific elements of the design of the iPhone’s such as the slot for the speaker, front, glass screen, and the border of the display. The Samsung devices accused of infringing this patent include the Galaxy S II range, the Infuse 4G, and the Verizon Fascinate.

Click anywhere on the image to enlarge and view the design patent figures.

D593,087 This patent covers the home button, clean front, rounded corners, and uniform bezel of the first three iPhone models. The Samsung devices accused of infringing this patent include the Captivate, Galaxy S II range, and the Infuse 4G. Click anywhere on the image below to enlarge and view the design patent figures. 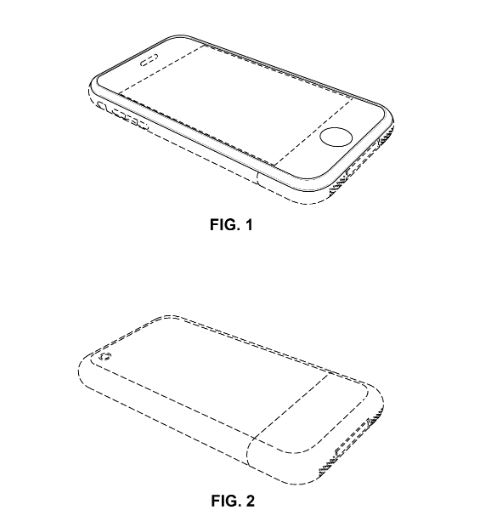 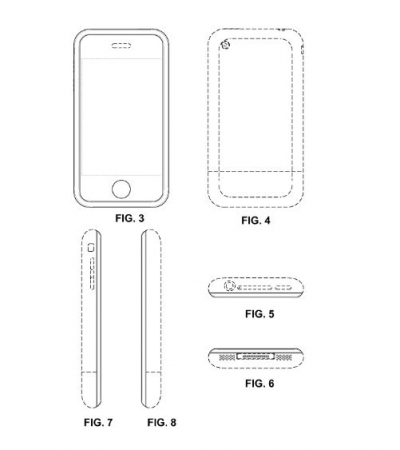 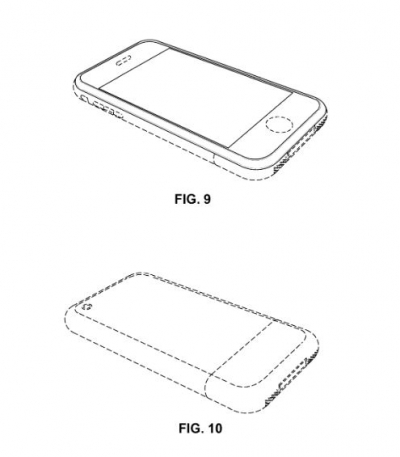 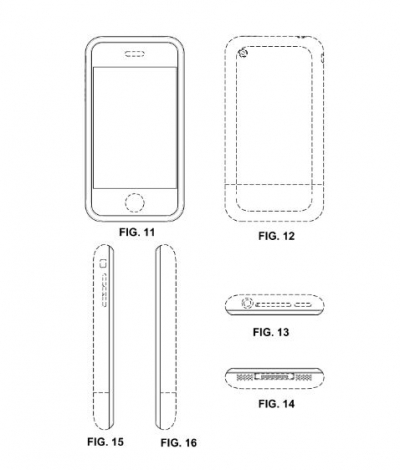 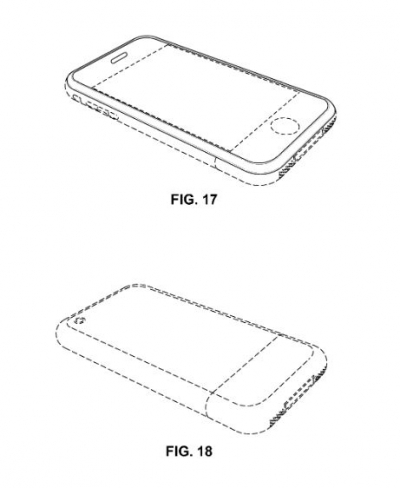 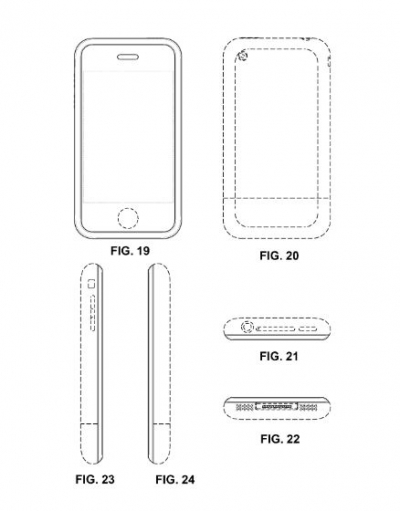 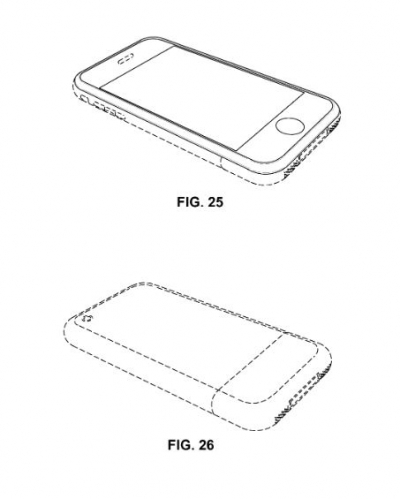 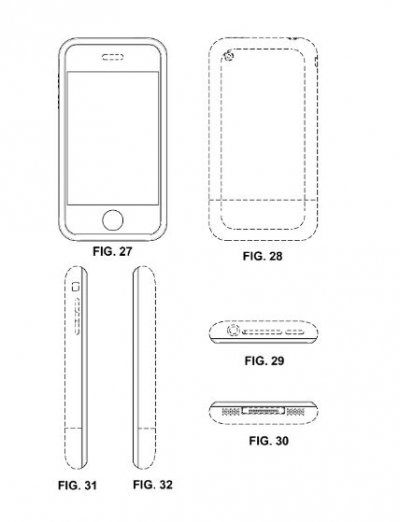 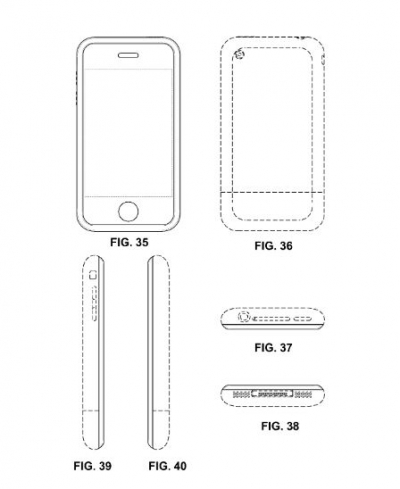 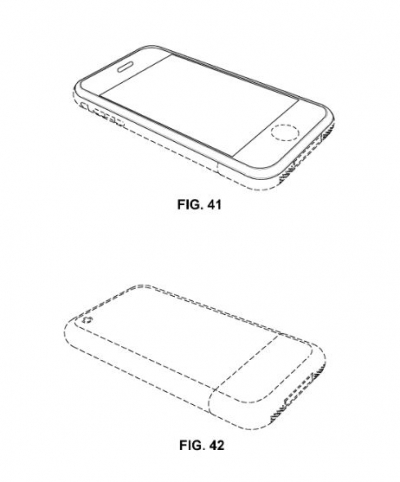 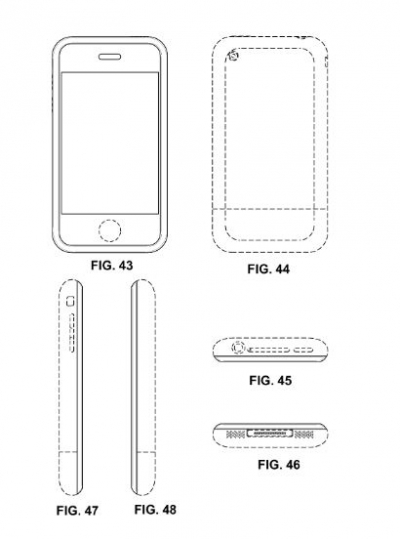 D604,305 This patent covers the icon grid of iOS. There are 13 devices accused of infringing this patent, including the US variations of the Galaxy S, the Infuse 4G, and the Droid Charge. Click anywhere on the image below to enlarge and view the design patent figures. 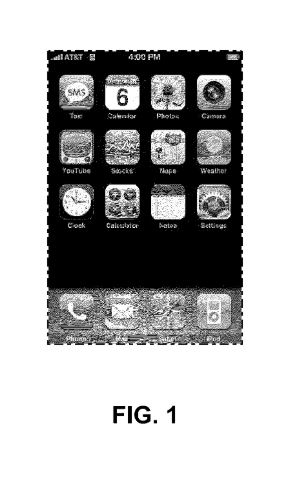 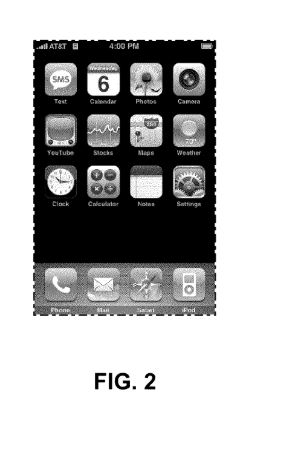 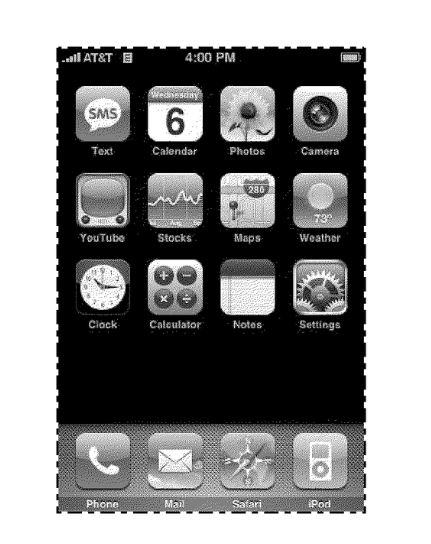 D504,889 This patent covers the front, glass screen, bezel, thin outer borders, and the rounded corners of a tablet. Samsung’s tablet was accused of infringing upon this patent. Click anywhere on the image below to enlarge and view the design patent figures. 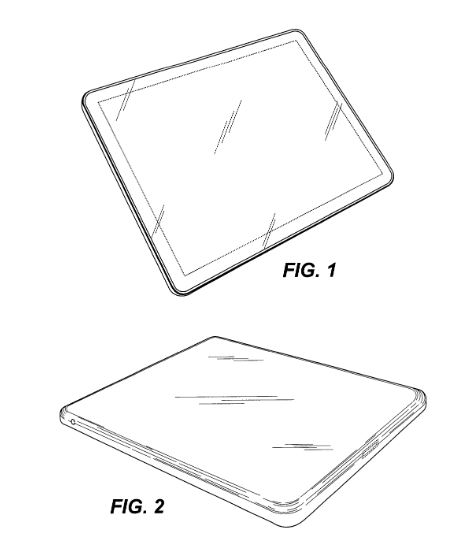 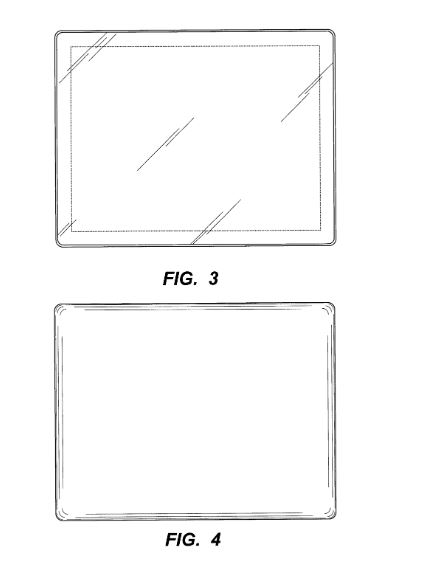 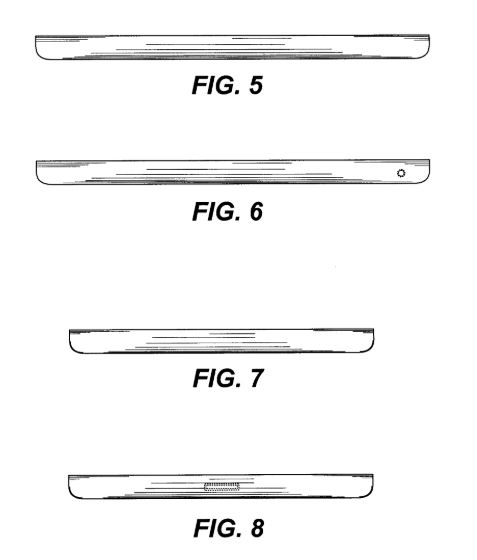 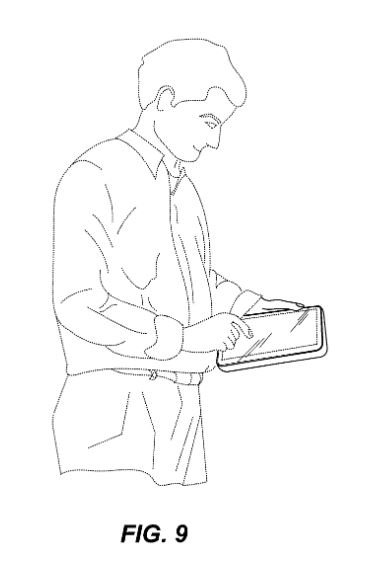 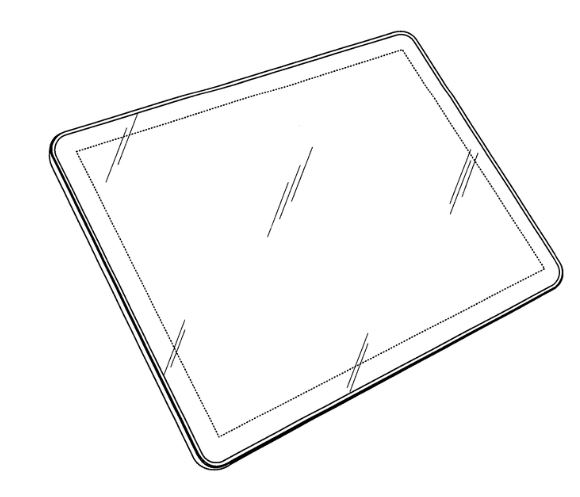 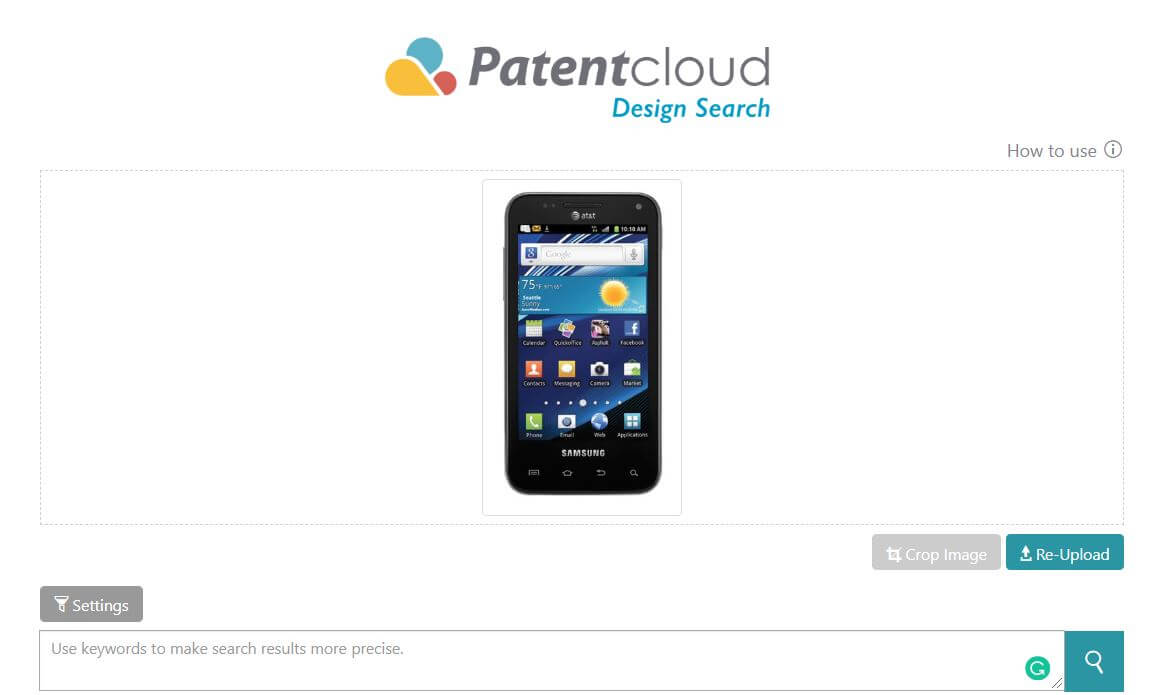 Step 2: Define the Search Scope and Get Results 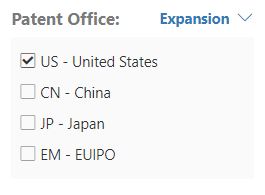 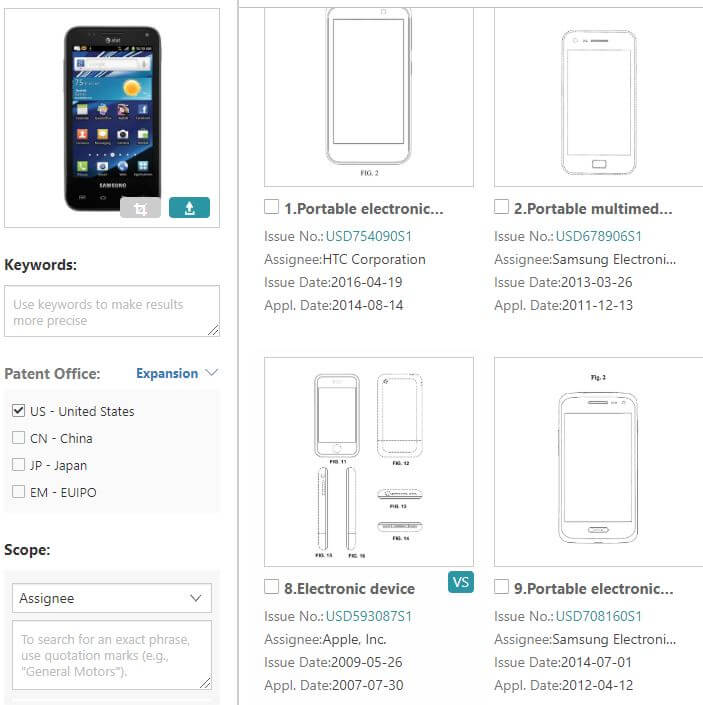 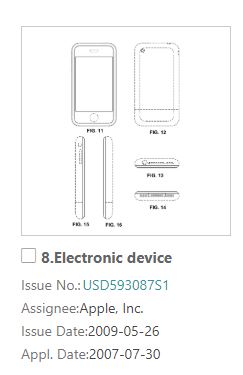 For this exercise, we used the patent office filter to narrow down the results. As you can see, Design Search by Patentcloud easily picked up that there was an image of a patented invention that could be similar to the one we used (Samsung Captivate.)

To discover any similarities between the two designs, we used the image comparison feature for easy viewing. 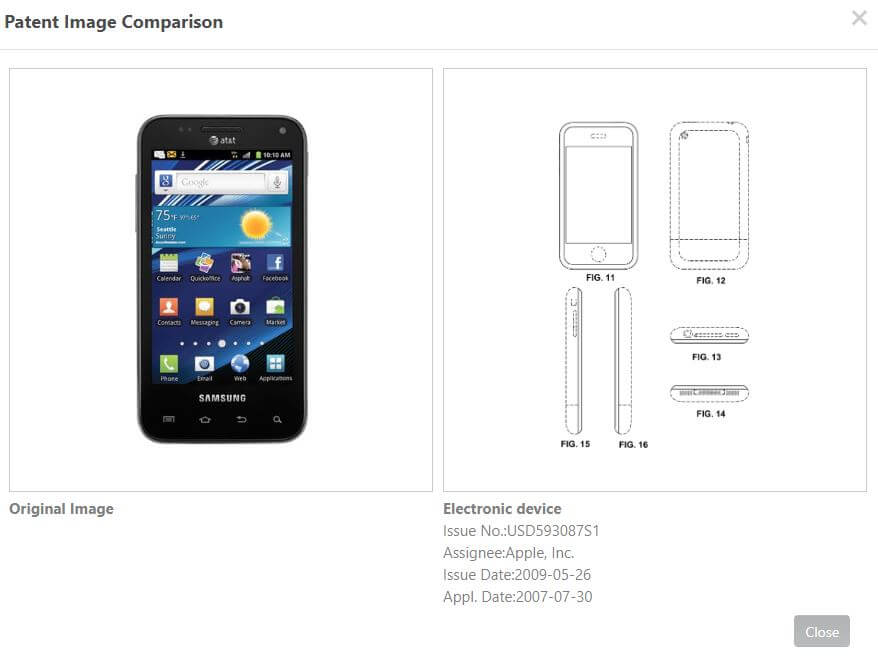