IBM Patents: You No Longer Have to Fear Large U.S. Patent Portfolios 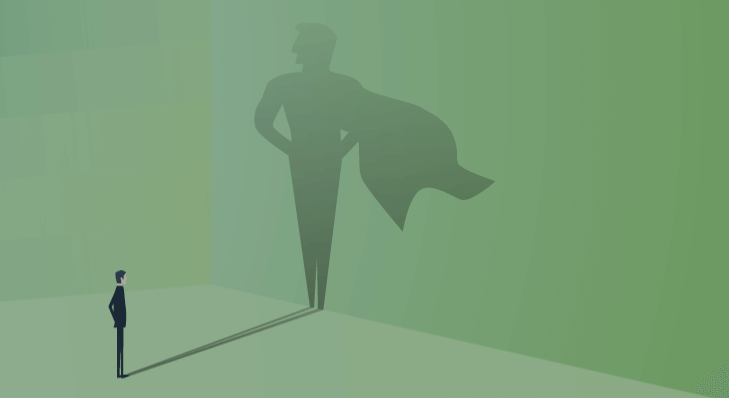 IBM Patents: A Patent Leader with a Massive Patent Portfolio

Without a doubt, IBM has long been a leader when it comes to patents, particularly in the United States. In fact, for the past twenty-five years, the IBM patents have consistently been at (or near) the top for U.S. patents granted each year.
2018 was certainly no exception, with inventors at IBM receiving a record 9,100 U.S. patents. Samsung, which has also traditionally been a patent leader, came in at a distant second with 5,850 patents granted.

It should come as no surprise, then, that IBM has amassed one of the largest patent portfolios in existence today. This is especially true in the United States, where there are 49,998 active IBM patents.

IBM is also not shy about wielding this large patent portfolio, as Groupon learned to its misfortune this past year when it lost a patent infringement lawsuit to IBM and was forced to pay US$83 million in damages.
It has been estimated that IBM’s licensing activities have earned the company US$1.2 billion in revenue in 2017 alone, and some predict that IBM may become even more aggressive in the future when it comes to monetizing its IBM patents and its enormous patent portfolio.

David vs. Goliath in the Patent Industry?

So, what are the rest of us supposed to do? Tremble in fear? Simply roll over and acquiesce to whatever a company with a large patent portfolio like IBM patents demand when it comes to patent licensing and litigation?
Sadly, in the past, this was often the case, especially in light of the “Goliath” that was IBM’s patent portfolio. Smaller companies knew, of course, that a company like IBM had a lot of patents, but there was simply no way for them to know the quality of these IBM patents.
When faced with litigation or licensing negotiations, companies soon discovered that researching the patent(s) at question was time-consuming and cost-prohibitive, and the tools that did exist to do this were not yet developed enough to provide any real insights in a timely manner.
As a result, the only choice was to settle and pay up, which most companies — with the exception of Groupon in the case mentioned above — usually ended up doing.

How New Technology Is Changing Patent Licensing and Litigation

Now, however, new technology has given new hope to smaller companies, especially when it comes to patent licensing and litigation in the face of a large patent portfolio.
You might say that certain technology-driven platforms, like Patentcloud, have given the “Davids” of the world the stone they need for their sling. In other words, new technology is leveling the patent playing field and even giving smaller companies an invaluable solution for dealing with even the largest of patent portfolios.

One of the keys may just be the Patent Quality and Value Rankings that InQuartik has created for Patentcloud. Using an exclusive formula and artificial intelligence (AI) technology that has been developed in-house by both seasoned IP professionals and leading data scientists, Patentcloud can now provide, in an instant, quality and value rankings for an entire patent portfolio.
What would have been pretty much impossible, or at least very difficult, in the past, has now become quick and easy, with just one-click.
Let’s take a look at IBM’s large U.S. utility patent portfolio once again, this time using Patentcloud’s Quality and Value Rankings.

Since the Patent Quality and Value Rankings are available only for utility patents, the number of patents displayed in the following two charts differs from the number of total patents in the portfolio, which contains design patents as well.

As we can see in the chart above, the majority of IBM’s active US patents fall in the A to C range. This means that though IBM has a lot of patents, the majority could be considered of mid-quality. In fact, IBM’s patent portfolio actually contains a small amount of high-quality (AAA) patents.
When looked at it in this light, the massive patent portfolio of IBM doesn’t seem quite so scary anymore.
Now, let’s take a look at Patentcloud’s Patent Value Rankings for the IBM active U.S. patent portfolio.

As the chart shows, the majority of IBM’s active U.S. patents fall into the C ranking, with only a small amount falling into the high-value AAA and AA categories.
The reason behind the maintenance of such a large number of below-average patents in terms of value might be their quality: most of the patents in this low-value band, in fact, are IBM’s most performing in terms of quality.
It makes sense, thus, that IBM wants to keep them in its portfolio. We can quickly confirm this by looking at the two charts below, which detail the quality of patents that rank C and D in terms of value. 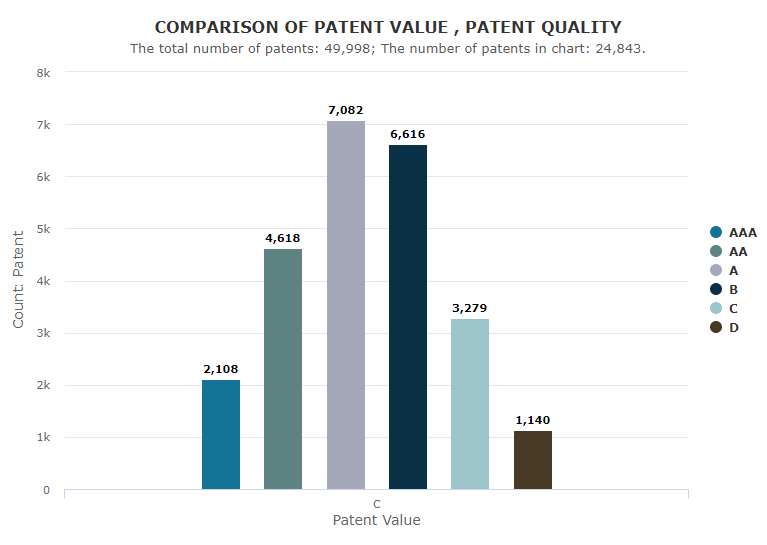 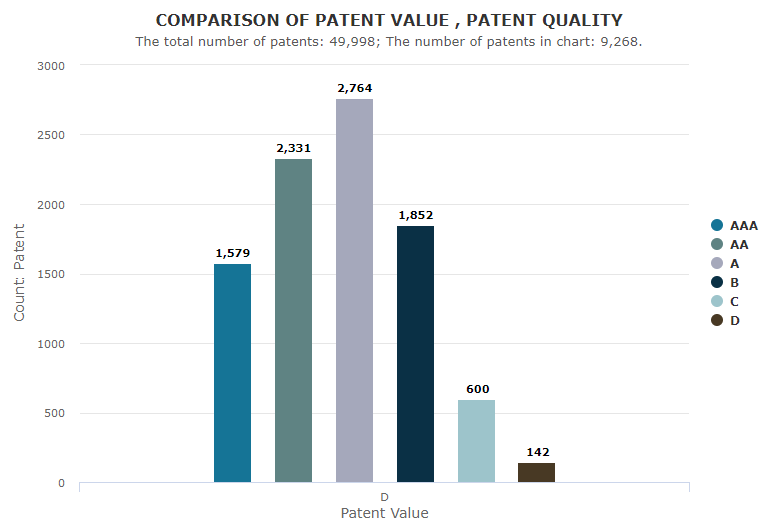 And for reference, we can also gain a quick overview of the CPC categories that IBM’s active U.S. patents fall into.

From Patent Portfolio Overview to a Specific Patent in Detail

After gaining an understanding of the quality, value, and even categorization of a patent portfolio, you may ask:

What should I do if I want to zero in on one patent in particular?

Well, here is where Patentcloud’s Quality Insights comes into play. Quality Insights (QI) enables you not only to gain a comprehensive overview of a particular patent, but also to drill down deep into the details of the patent at issue.
Let’s take a look at one of IBM’s patents, to understand how both the Quality and Value Rankings and Quality Insights work.
Using Patent Search, we can quickly come up with information about IBM’s U.S. patent US7356710, which has the title of “Security message authentication control instruction.”

Here, we can see that this patent has a C ranking for quality and an A ranking for value. If we’d like, we can also find out more about its Patent Family as well as Citations and History.
For some, this may be enough information. But for those who really want to understand this patent at a deeper level, Patentcloud’s Quality Insights is there to serve.

After purchasing a Quality Insights report for this patent, a whole range of useful information is at your fingertips, and this information can be easily downloaded, incorporated into reports, or printed.

Here is just a sampling of the comprehensive range of detailed information that Quality Insights can provide for a specific patent, including Overview of Status, Overview of Prosecution History, Family Prior Art, Second Degree Prior Art, and Semantic Prior Art.

It is clear that solutions like Patentcloud’s Patent Search and Quality Insights are utilizing new technology to bring greater transparency to patent licensing, litigation, and even transactions.
Take patent litigation, for example. Now, if you are threatened by a company with a large patent portfolio, it is possible to know — in an instant — exactly what you are up against. With this knowledge, you can decide if you want to fight or if you want to settle, and you also have the information you need to develop the most effective strategy to do so. This is especially true when it comes to negotiating from a position of power and knowledge in hammering out a licensing agreement.
When it comes to patent transactions, you now no longer have to accept buying large amounts of patents or having patents that turn out to be low-value or worthless forced upon you, just because you did not have the tools to check the quality and value of a large number of patents quickly. Now, with Patentcloud, you can check the quality of a large patent portfolio in just one click.
In the end, new technology and platforms like Patentcloud may even end up making the patent industry a bit more fair, since small companies no longer have to fear those with the mighty clout of a large patent portfolio. It can even be said that quality (and not quantity) has now become most important when it comes to patents, patent strategy, and patent portfolio management.

Discover the power of Patentcloud by signing up for a free trial today!