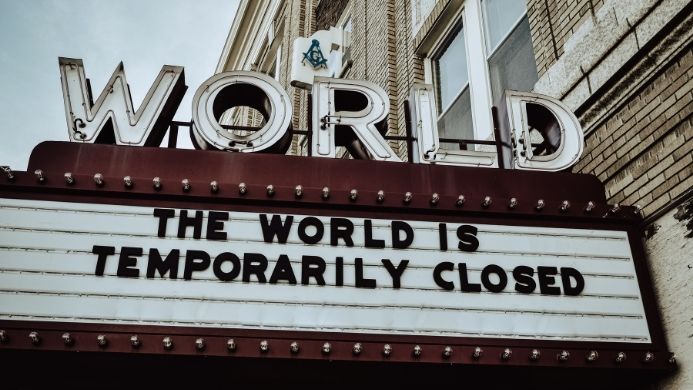 “If anything kills over 10 million people over the next few decades, it’s more likely to be a highly infectious virus rather than a war. Not missiles, but microbes.”

With these words, Bill Gates opened his 2015 TED Talk entitled “The next outbreak? We’re not ready”. Since the end of last December — and especially with the grim milestone of 500,000 COVID-19 deaths recorded worldwide behind us — these words have begun to sound prophetic.

Starting from an overview of the 2014 Ebola epidemic in West Africa, Gates highlighted the lessons learned from it and what worldwide governments could — and should — do to avoid a potentially more devastating outbreak.

In particular, he identified three main areas for improvement:

Gates also mentioned that while most governments invest large chunks of their resources into preparing for wars, a much smaller percentage is reserved for pandemic preparedness.

What is most impressive are the similarities between SARS-CoV-2 and the virus envisioned in the speech:

“You can have a virus where people feel well enough that they get on a plane, or they go to a market.”

This is precisely what happened at the end of 2019 in the Chinese metropolis of Wuhan when the virus began spreading silently at a local wet market. However, this last detail was missed by Gates, who thought the next epidemic had a higher chance of developing in rural areas.

Has the world listened?

Despite the heads up, we can confidently say that most governments failed to prepare for the current coronavirus pandemic: from the alleged Chinese delay in reporting the seriousness of the outbreak to the early testing failures of the US, flaws in the system — if a system was in place at all — have undermined any chance of containing the spread of the virus.

Most of these flaws, however, have affected organizational aspects related to the first two points discussed by Gates (prevention and surveillance), while research has played an essential role in mitigating the devastating effects of the pandemic — something that didn’t happen with past pandemics, in particular, the Spanish flu of 1918.

The pandemic inventions below are the result of years and years of research, and they are all contributing to get us out of the coronavirus pandemic faster. Above all, they will be important in avoiding the next one altogether. How? Read on to find out.

WHY IS IT IMPORTANT? When a new virus emerges, one of the first priorities is to identify its genome — or its genetic sequence — which is basically its fingerprint or ID. Knowing this is important for several reasons:

HOW DOES IT WORK? Traditional gene sequencing through the Sanger sequencing technology (introduced in 1977) required extended periods of time to complete and prohibitive costs. In the early 2000s, the introduction of NGS — an umbrella term that includes several similar technologies — allowed for parallel analysis, extremely high-throughput from multiple samples at a much-reduced cost. As an example, the entire human genome can be sequenced using NGS in just a single day, whereas the previous Sanger sequencing technology required over a decade.

These new sequencing technologies allowed the Chinese scientists to identify the novel coronavirus genome in less than a month (the WHO received the genetic sequence on January 11) after the first cases of unknown viral pneumonia had been detected in Wuhan. In comparison, the virus responsible for the SARS outbreak in 2002 took between three to four months to be sequenced.

“The pandemic invention relates to compositions and methods useful in the detection and quantification of a nucleic acid target using a variety of amplification techniques, including both signal amplification and target amplification. Detection proceeds through the use of a label that is associated with the amplified signal or target, either directly or indirectly, to allow optical detection of the light-absorbing label using a microsphere array sensor.” 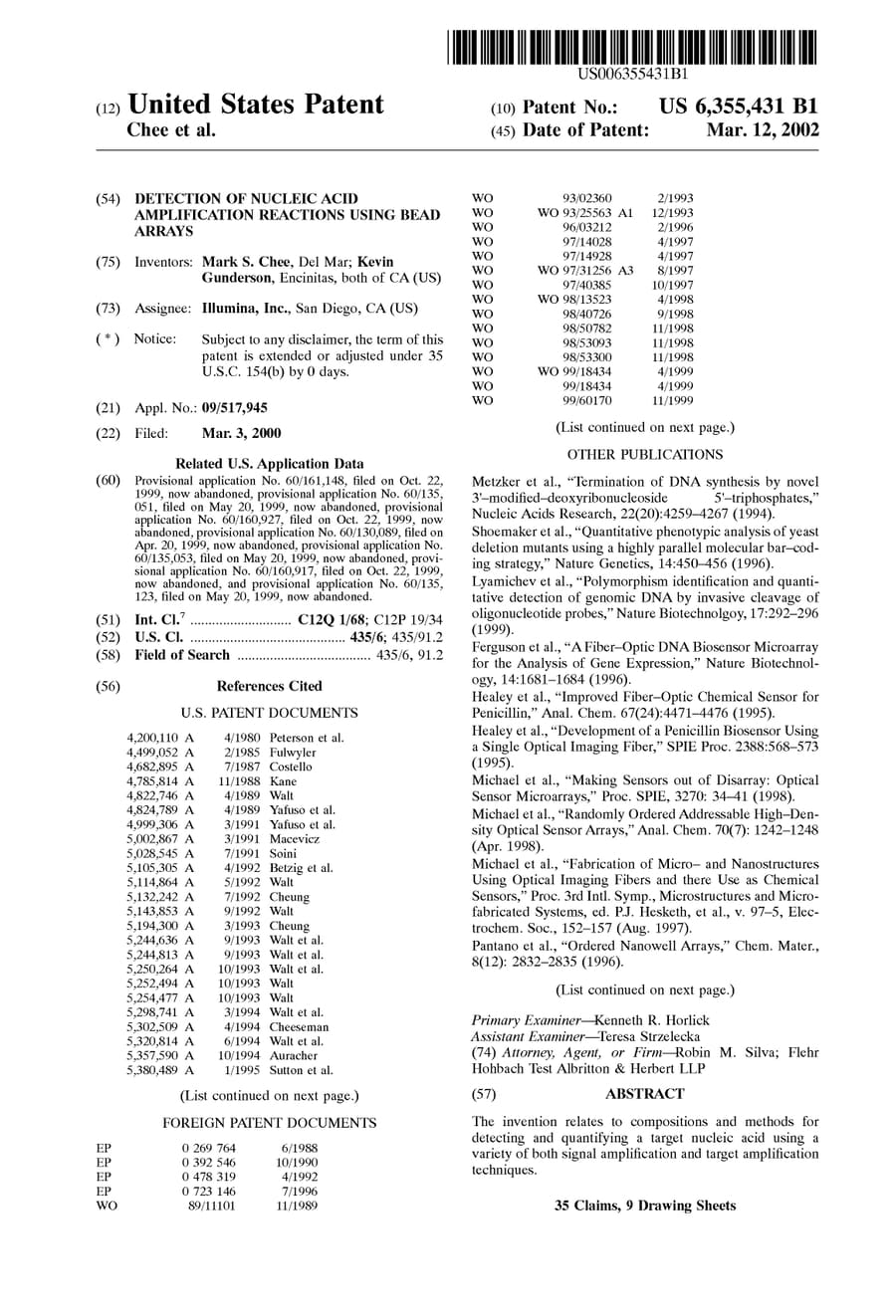 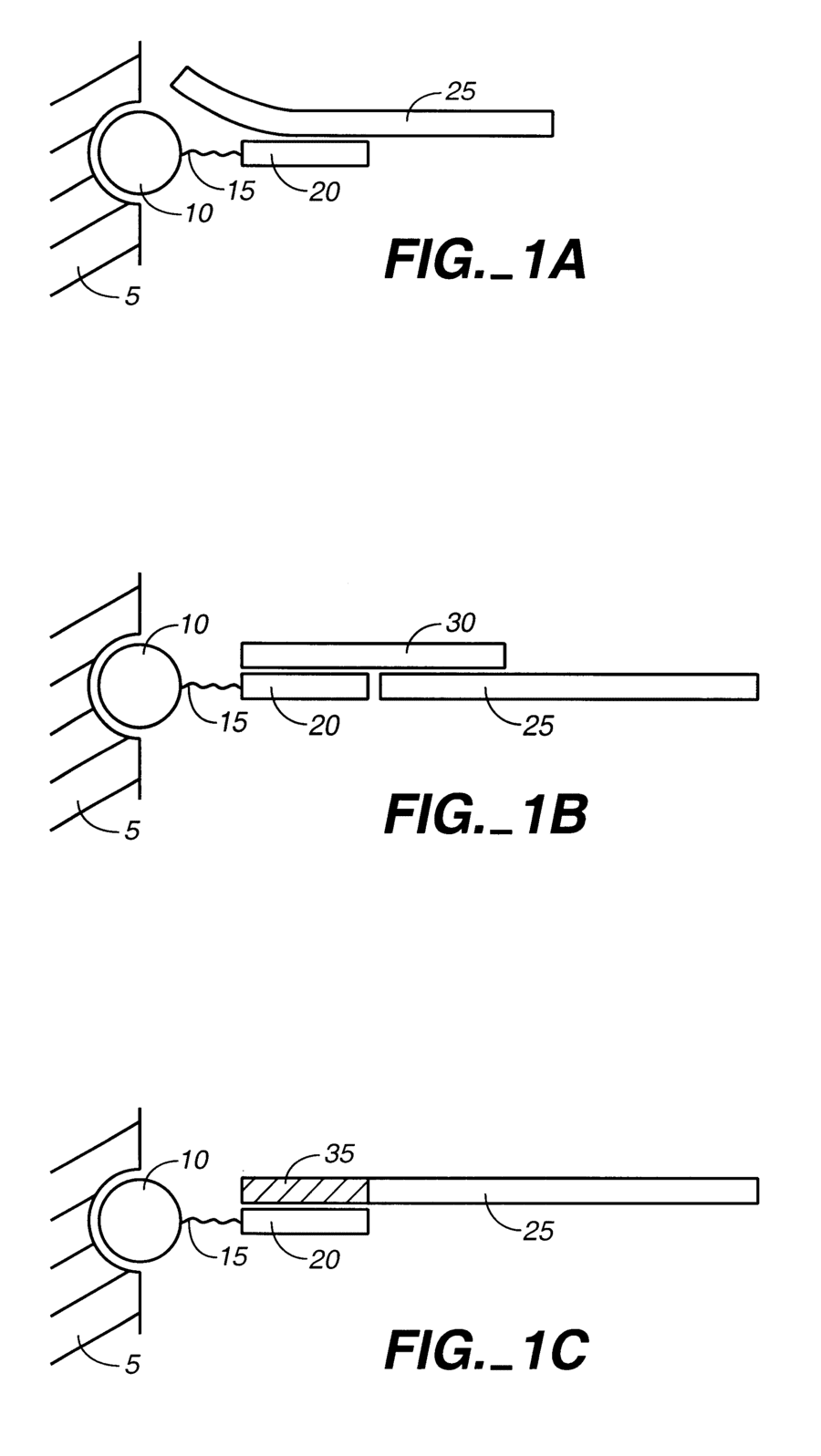 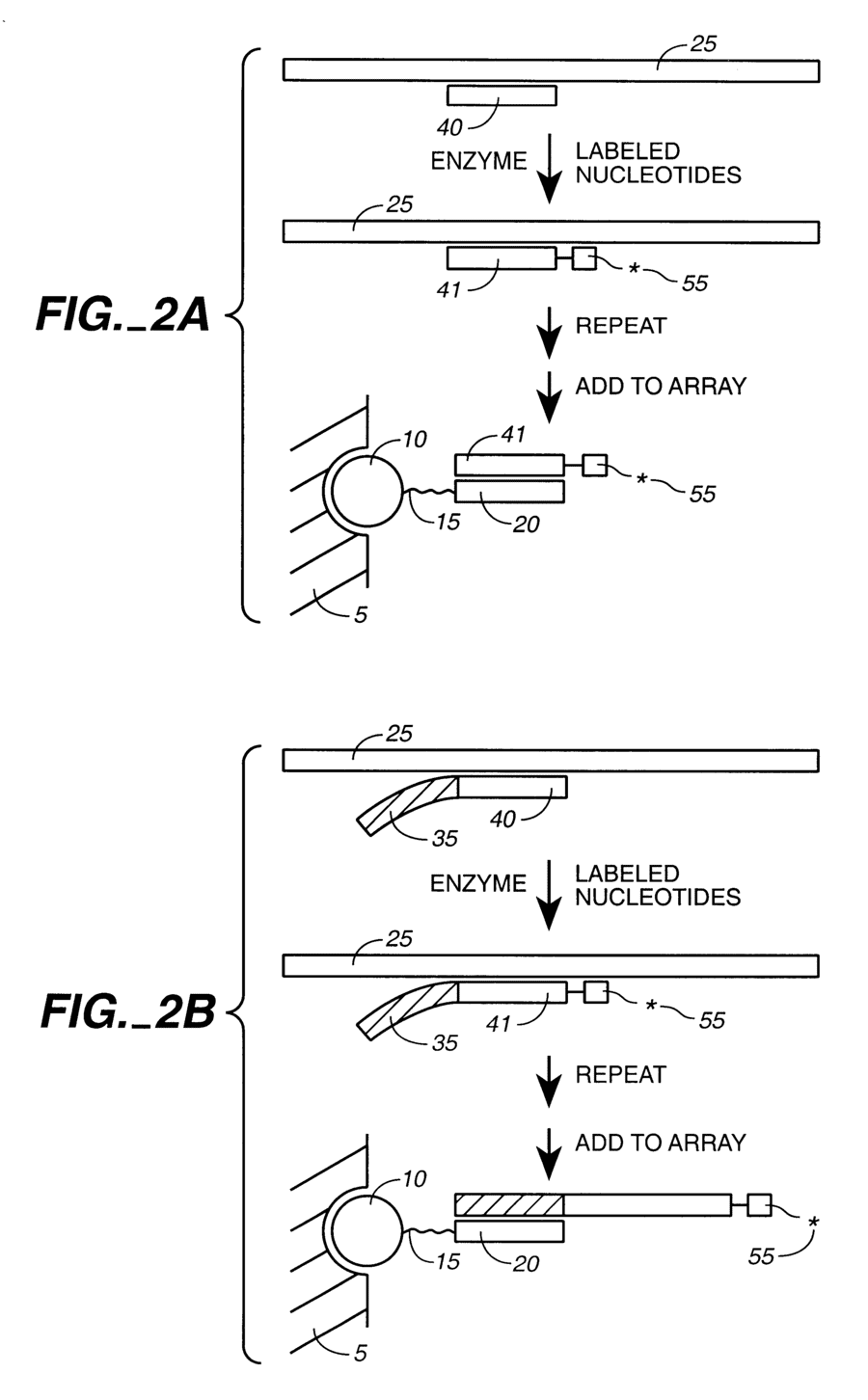 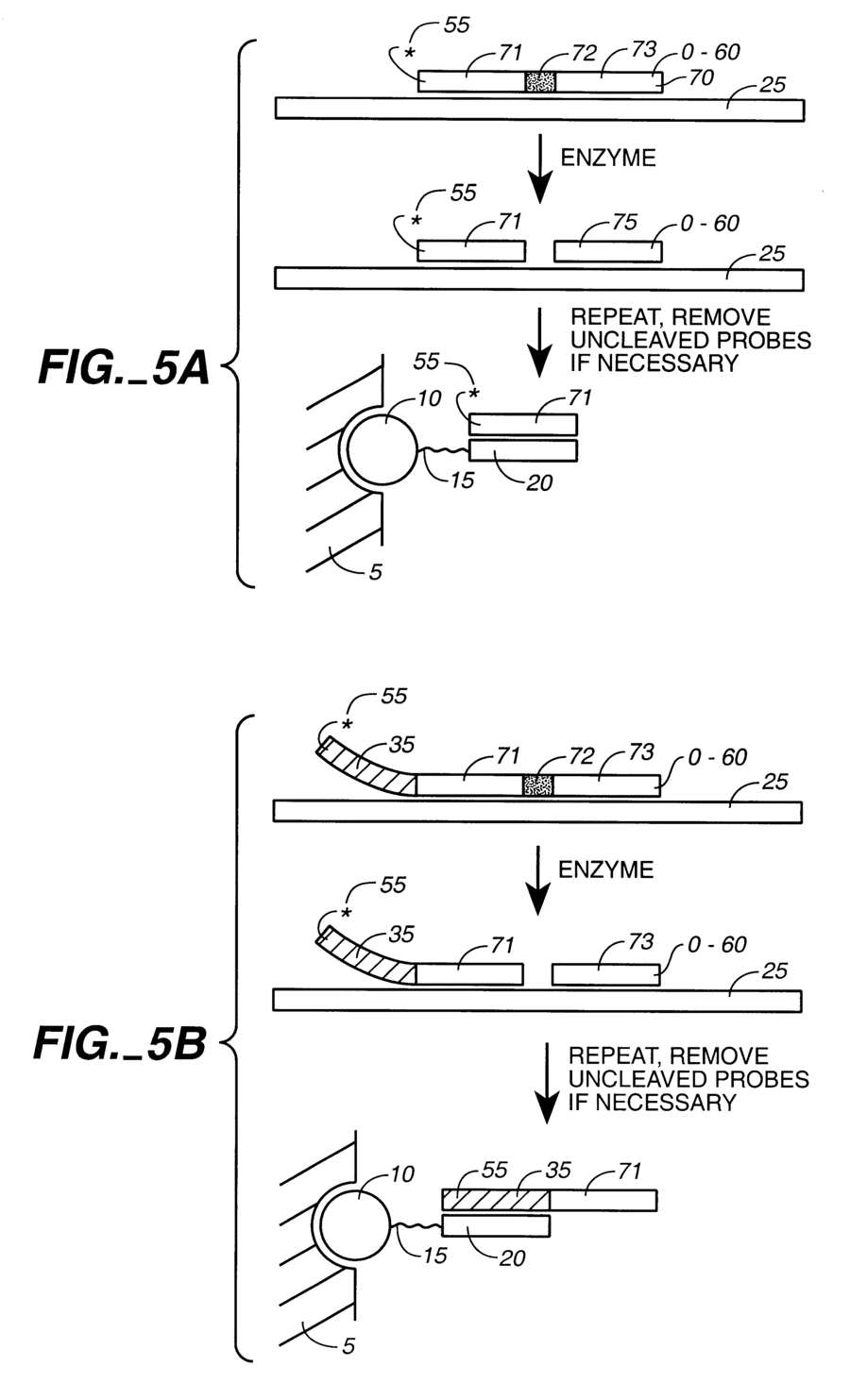 Real-time PCR, the golden standard for virus screening and testing

WHY IS IT IMPORTANT? After the virus genome is identified with techniques such as the NGS mentioned above, testing kits are needed for a relatively quick and inexpensive way to detect the virus in potentially infected individuals. These kits have the task of identifying the genetic sequence characteristic of the virus in the samples collected.

The sample is then transferred into a real-time PCR machine, which by heating and cooling down the material through cycles, triggers reactions that multiply the genetic material. If the virus is present, its genetic material will be duplicated, originating more fluorescent signals. After the fluorescence generated surpasses a specific threshold, the presence of the virus is confirmed. Compared to NGS, real-time PCR is much faster and more efficient, which has allowed wide testing to become available. 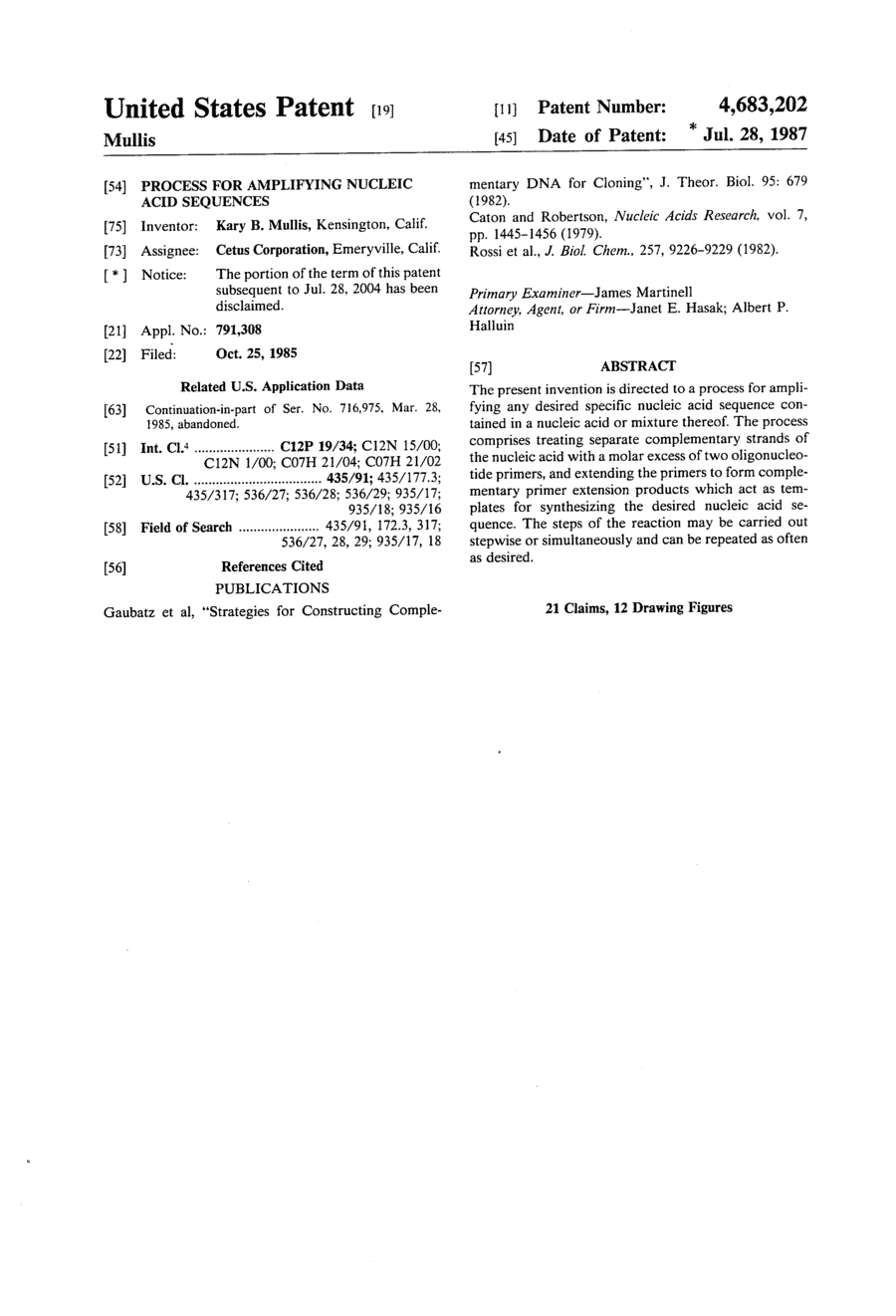 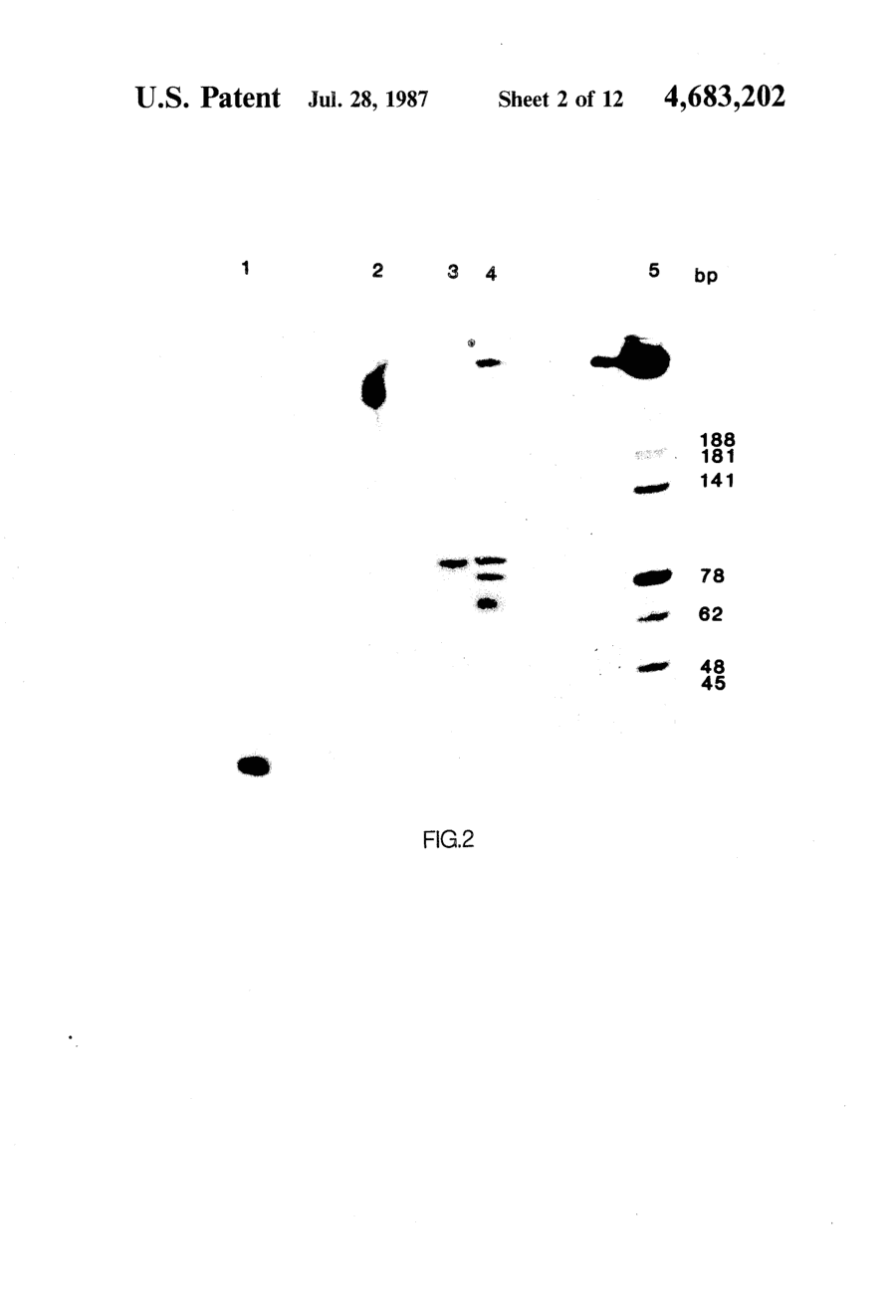 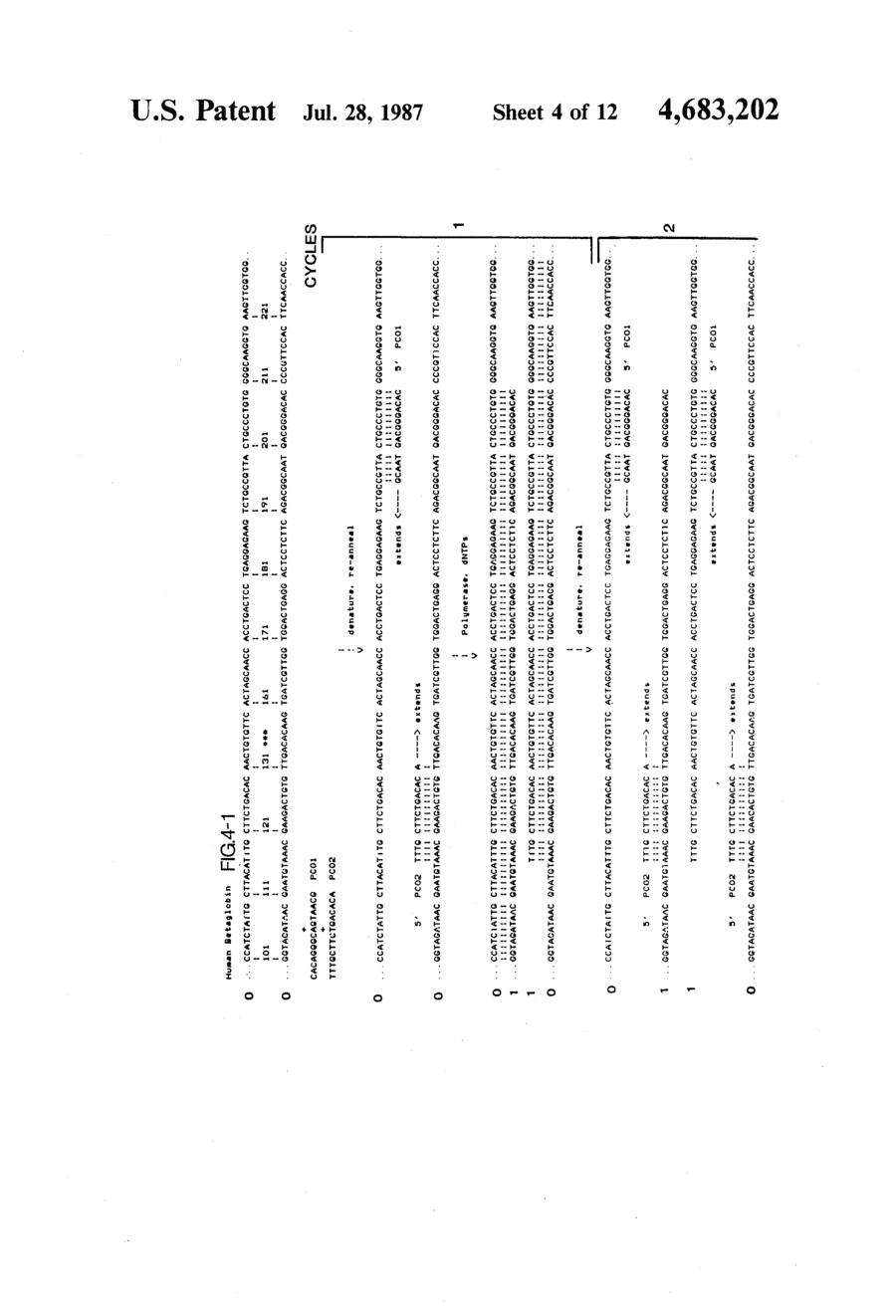 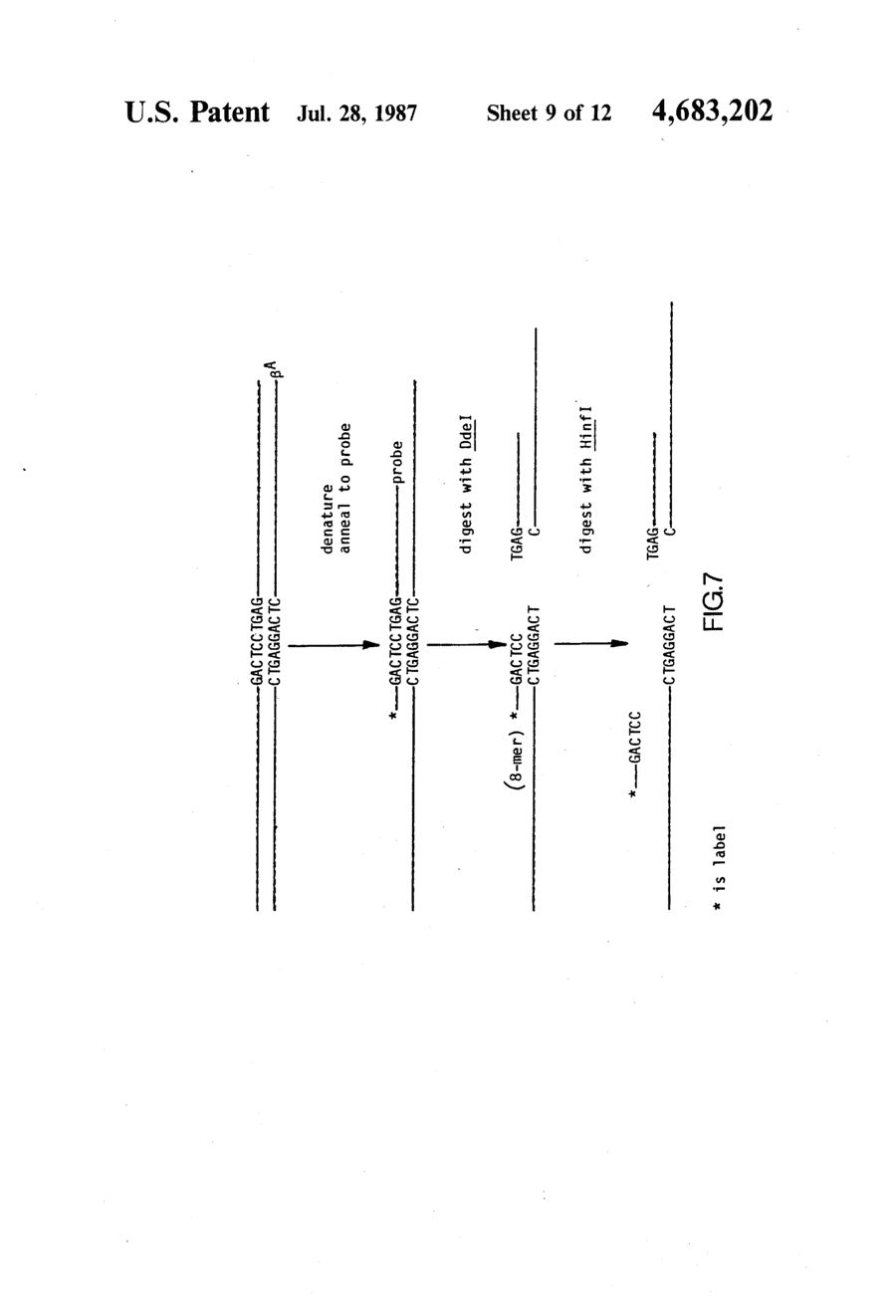 “The presence or absence of a nucleic acid sequence associated with one or more related viruses in a sample containing one or more nucleic acids and suspected of containing such sequence can be detected by amplifying the sequence using primers to form extension products as templates and detecting the amplified product if it is present. This may be accomplished by adding a labeled hybridization probe to the amplified product either free in solution or after immobilization on a solid support.” 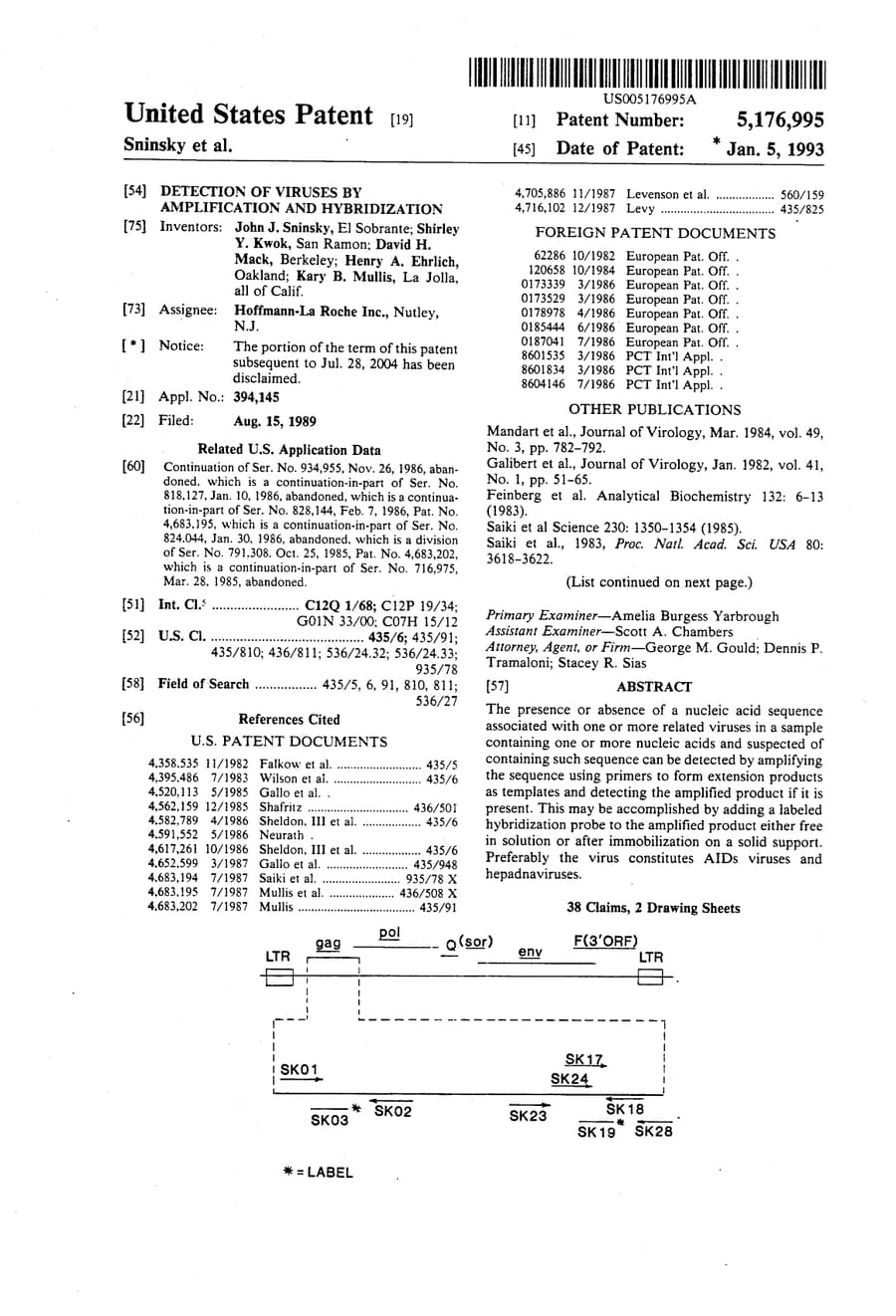 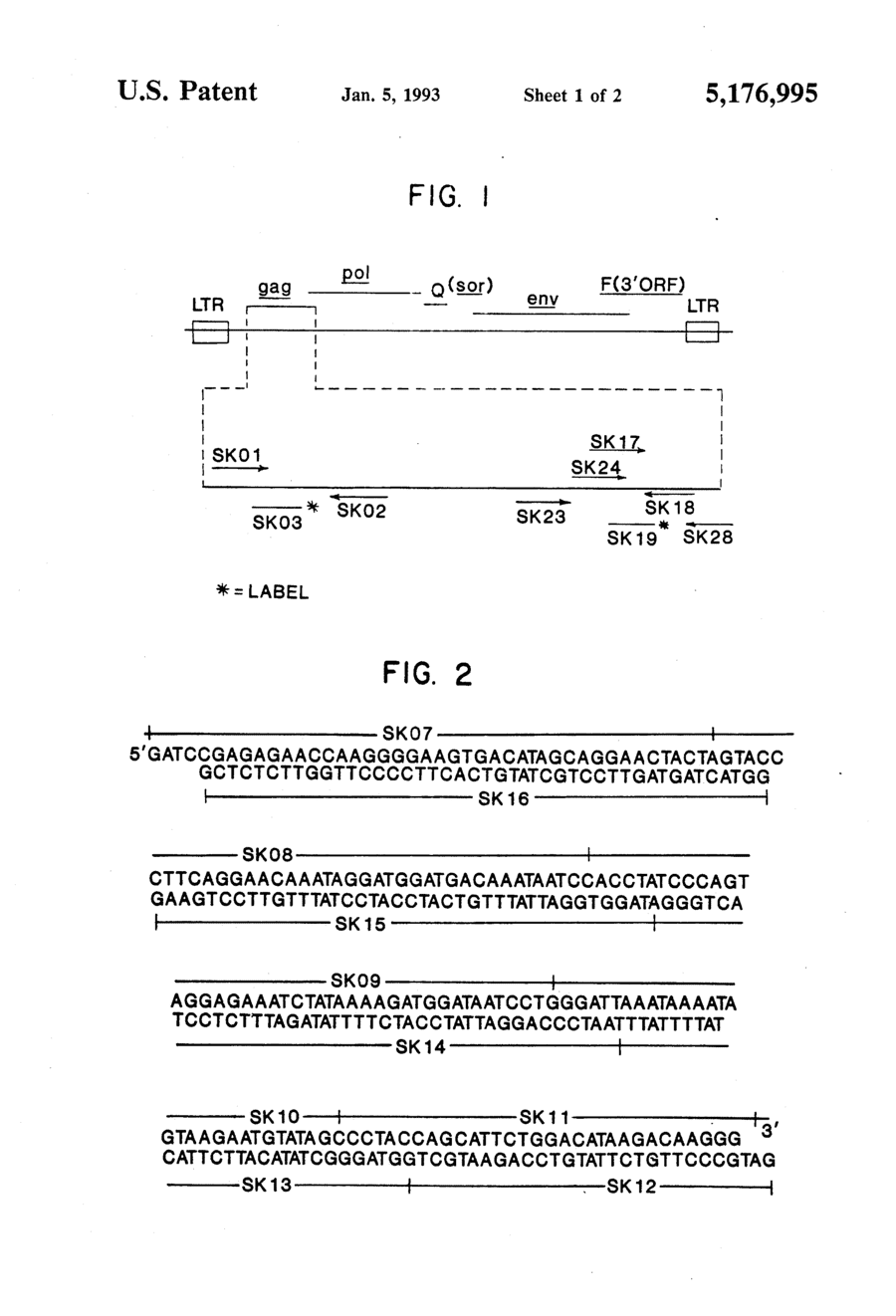 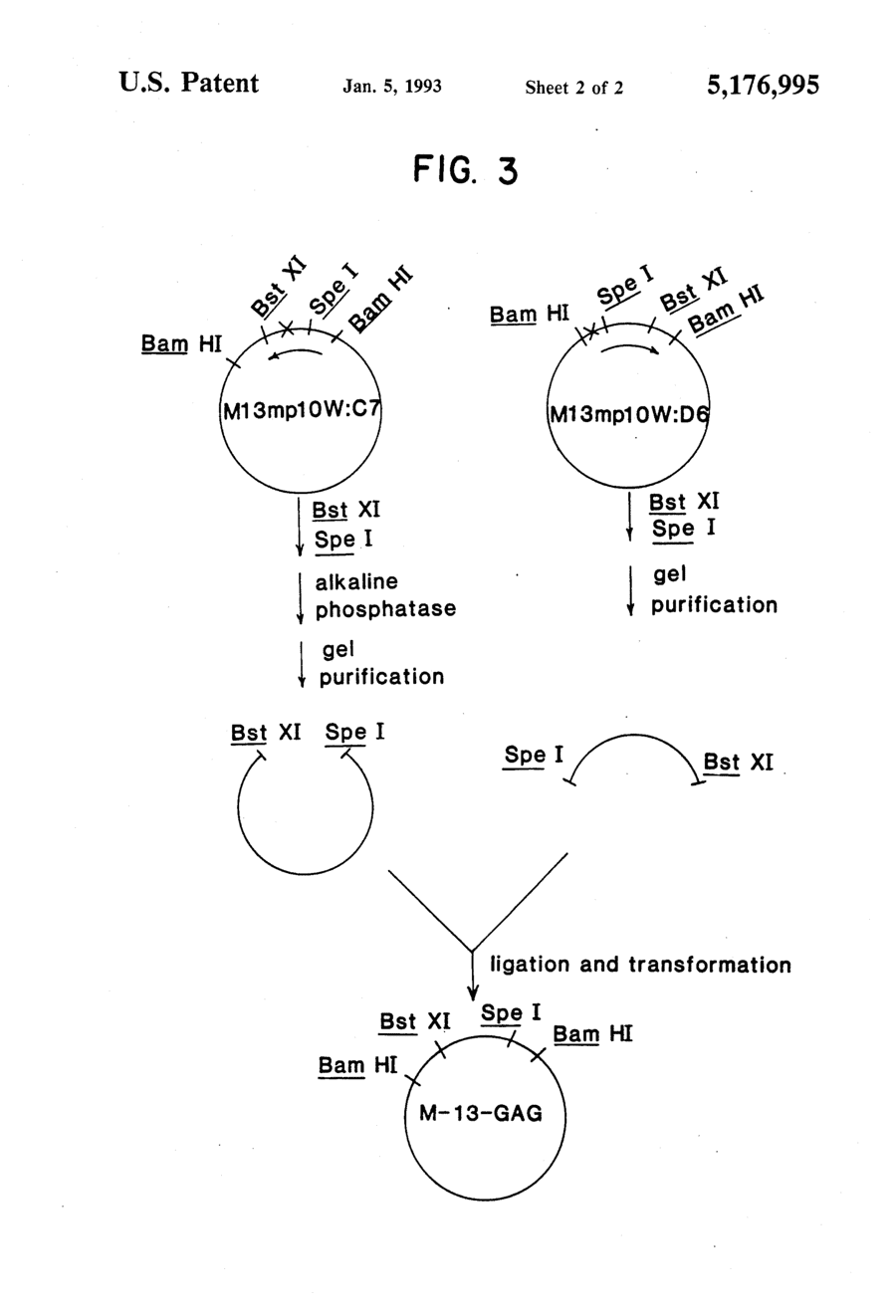 WHY IS IT IMPORTANT? In most cases, the first consequence of COVID-19 — the respiratory syndrome caused by the novel coronavirus — entering a new country is a strained healthcare system. This condition hits the lungs of older people with underlying medical conditions so hard that most of them end up in ICUs, where they are attached to mechanical ventilators.

Many people requiring this kind of care in a short period of time — other than causing shortages in ventilator supplies — also expose healthcare workers to large amounts of virus. This, coupled with the scarcity of supplies of PPE such as N95 masks and suits, resulted in more than 87,696 (as of June 30) infections among healthcare workers in the US alone, according to the Centers for Disease Control and Prevention (CDC). It goes without saying that the infection spreading to frontline personnel would further hinder the chances of fighting the pandemic.

HOW DOES IT WORK? To help lower this number, several companies have introduced innovations to reduce healthcare workers’ exposure to the virus. One of the most recent ones comes from Medtronic, which shipped to hospitals an upgrade to its ventilators that allows them to be remotely controlled from outside the isolation room. This solution has two main advantages: 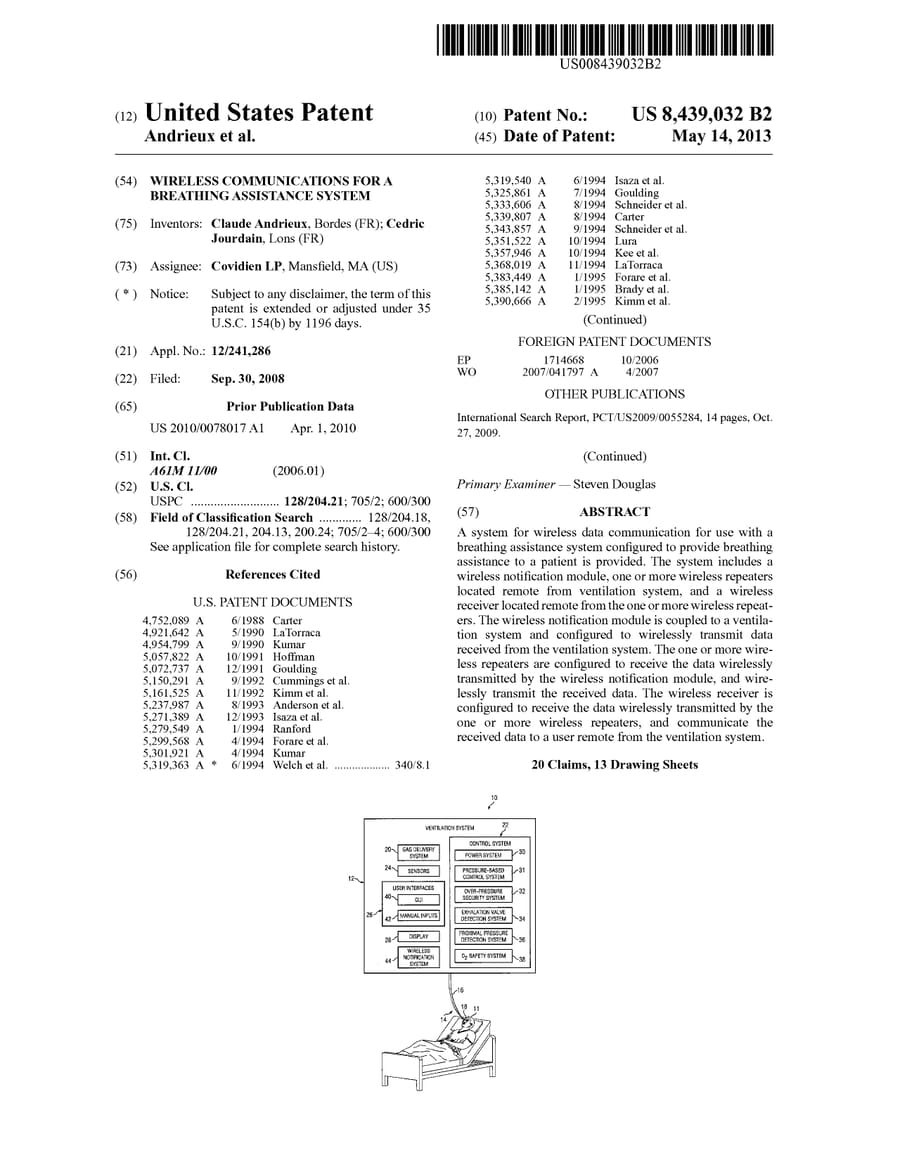 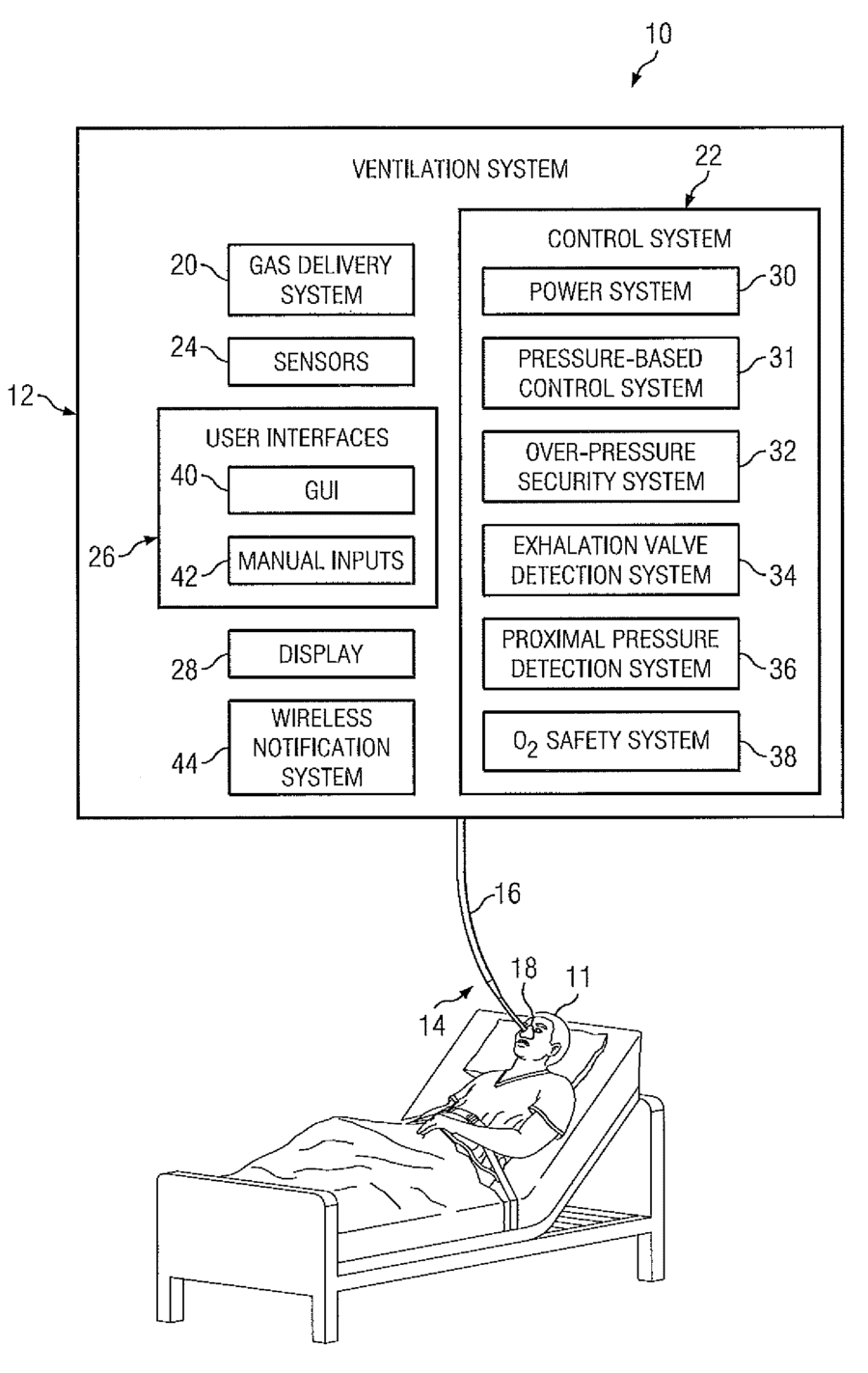 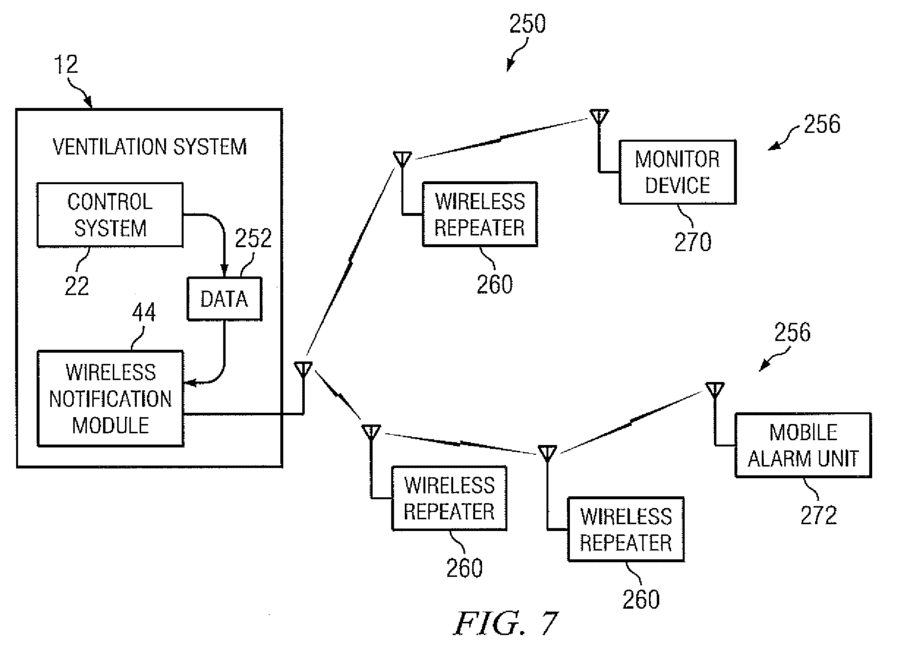 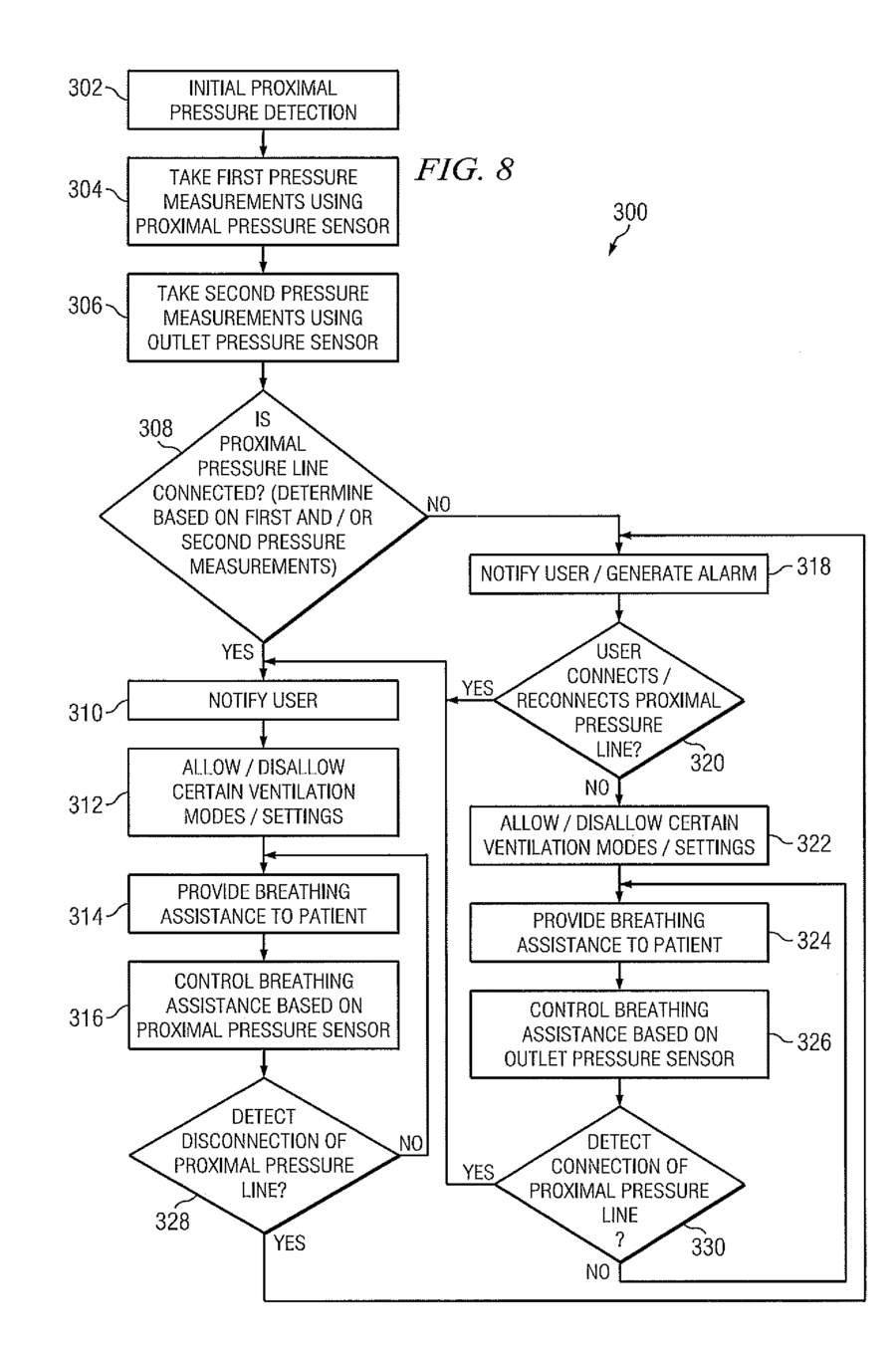 WHY IS IT IMPORTANT? Prevention is one of the most — if not the most — effective protection against pandemics. That is why, as of June 30, more than 140 vaccines against the novel coronavirus are being developed worldwide: with herd immunity still far away, a vaccine is the only way for the world to come back to normality. Any technology that will speed up the process is thus worth exploring, and that is precisely what happened with phages in the past three decades.

HOW DOES IT WORK? Phages are viruses that specifically infect bacteria. After being studied for the first time at the beginning of the 20th century, they had shortly been used to treat bacterial infections before the introduction of antibiotics. In 1985, they attracted renewed interest after the discovery of the phage display technology, which allows them to “display” a protein on their outside after injecting the protein gene into their inside. These “displaying phages” can then be screened against other molecules to study how the proteins react.

Phages started to be used to generate peptides, proteins that are commonly employed as antigens in the development of vaccines or antibodies. The peptide gene is inserted into the phage genome and fused with the gene of the capsid protein. Once the phage lands on a bacteria, it inserts its genome into the bacteria and starts replicating as viruses normally do when attacking another organism. Within the replication, the genome is replicated, and proteins for virus assembling are produced, resulting in a series of phages that display on their outside the desired peptides.

This allows scientists to create libraries of peptides for vaccine development purposes. Since culturing bacteria is way cheaper and less time-consuming than culturing mammalian cells (which were previously used in peptide screening), this new technology sensibly sped up vaccine research.

BONUS: A universal flu vaccine to prevent the next most probable pandemic

WHY IS IT IMPORTANT? With nearly 500,000 US citizens hospitalized with the flu between October 2019 and mid-February 2020 — of which 41,000 have died — a flu pandemic had been the biggest concern for health authorities worldwide before COVID-19. In March last year, the WHO even introduced a new strategy specifically aimed at preparing for the next influenza pandemic.

HOW DOES IT WORK? To overcome the high variability of the influenza viruses — which is why we catch the flu every year — the WHO analyses the flu virus strains that appear each season to predict possible ones for the next season. The results are then handed over to vaccine companies, which produces the vaccines for the predicted strains.

Such vaccines, however, have effectiveness of just 40% to 60%, according to the CDC. This has to do with the many uncontrollable factors found in nature, including the chance of flu strains commonly infecting animals being passed to humans. For these reasons, several companies have been working on creating a universal flu vaccine since the 1990s, in an attempt at producing a vaccine that could offer immunization to all influenza strains at once.

Currently, eight companies are working on such vaccines and have made several steps forward. The table below summarizes the status of their development:

“There is need in the art for novel approaches for the generation of improved vaccines. Specifically, there is a need for methods to generate antibodies to specific or desired epitopes of a particular antigen. In some cases, desired epitopes for vaccine development may be more highly conserved than other immunodominant epitopes. Such methods may be applied to the generation of antibodies for a wide range of antigens and protein targets, or vaccines for numerous human diseases, such as infections caused by viruses and microorganisms as well as cancer.”

At the end of June, a new flu virus carried by pigs was reported in China. According to scientists, it can infect humans, and thus has — in the case of mutation — the potential to spread among humans. Will we be ready this time?

One positive aspect of the current pandemic is that it has highlighted more than ever before the importance of innovation, feeding science labs and R&D departments worldwide with precious material to continue their battle against deadly diseases.

As this article has hopefully highlighted, we have all the instruments to keep any pandemic under control. The million-dollar question is: will governments make good use of them?

The author would like to express gratitude to Leo Tsou, manager of Wispro Technology Consulting Corporation, and expert of Biopharmaceutical IP for his assistance and advice.

Click below to take a closer look at the patents featured in this article and start a 7-day free trial of Patent Search to access its advanced features:

A Flu Vaccine That Lasts for a Lifetime? 8 Companies Are Working On It.

The Race for Coronavirus Vaccine Development: Beware of Entering Into Future Patent Wars

Inovio Coronavirus Vaccine: Why We Should Pay Close Attention to Inovio During the COVID-19 Vaccine Race