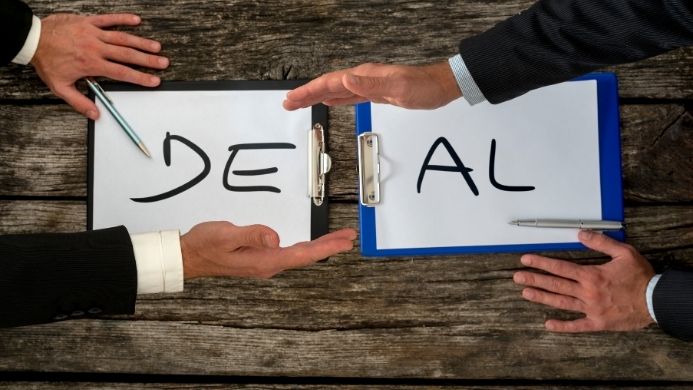 Patents are valuable assets. They can be bought, sold, and licensed. In this article, we will take a closer look at patent licensing, first with the basics, then patent licensing from a patent owner’s perspective.

What is Patent Licensing?

When a patent is licensed, an agreement is made between the patent owner (or the licensor) and the person or company that wants to use and benefit from the patent (the licensee).

It permits the licensee to make or sell the product, design, or technology in the patent. The patent then creates income for both the licensee and the licensor through revenue and royalties for the duration of the licensing period.

Arm Ltd., a British CPU developer is an example of a patent licensing powerhouse. Their main business is in developing processors (CPUs) and licensing their patents and technologies to other companies. Currently, ALL of Apple’s devices — such as iPhones and iPads — use Arm chips. Nearly all of Arm’s revenue comes from licensing.

Other examples include the tech giants like IBM and Qualcomm which even have their own licensing programs, inviting businesses to license their patents. Qualcomm, owning over 140,000 patents, has an approximate average of 1 billion dollars in licensing revenue per quarter!

There are two main approaches to patent licensing — the carrot approach and the stick approach.

There are basically three types of patent licenses — exclusive, non-exclusive, and partially-exclusive licenses.

The types of license agreements are not limited to the three listed above. Others may include the co-exclusive license where the licensor only licenses to a limited number of licensees or where licensees must meet certain criteria. Another type of license would be a sole license in which the licensor only licenses a patent to a single licensee but still keeps the rights to exploit the patent. There is even the compulsory license where the patent owner is forced by the government to allow others to use their patent for a set fee, mostly seen in the pharmaceutical industry.

Check out The Story of Intel, Apple, and Qualcomm: The Apple and Qualcomm Lawsuit for a real-life example of licensing involving high-profile companies.

How to Find Potential Licensees?

Before rushing out to find potential licensees to license your patent, you will need to know your patent. Owning a patent does not mean that you are guaranteed to generate revenue from it. Therefore, it is crucial to evaluate your patent’s marketability and know your position in the marketplace before any investment is made. To fulfill the goal of licensing a patent profitably, here are a few questions you can ask yourself:

After you have confirmed that your patent has licensing potential, the key to generating revenue is to find the right licensees.

To find potential licensees, you should:

First, analyze your patent portfolio. You can first pinpoint the valuable patents in your portfolio and filter out the patents with low quality and value.

Second, look into the forward citations of your valuable patents. Companies that have cited your patent for reference may be potential targets. One important thing to remember is that you must make sure that your target is practicing in the same country that you have the patent in, if you do not have the authority to practice in that country, you cannot stop others from using the technology.

Another point worth noticing is the time frame of the citation. If a company was actively citing your patent, but had not been doing so for an extended period, it is quite possible that that company is no longer leveraging this technology. From the chart below, we can presume that Sonics Inc. is no longer using Oculus’s technology, and Apple has been actively using it in recent years. Therefore, Sonic Inc. might not be a great licensee candidate.

If you have the budget and would like to seek professional assistance, it is always a great idea to enlist the help of a patent brokerage or a patent attorney with experience in patent licensing.

Why Should or Shouldn’t I License My Patent?

Let’s take a look at the pros and cons of licensing your patent.

Locating potential licensees can be time-consuming, and negotiating the best terms for a patent license is not always easy. This may include requiring the licensee to meet specific milestones and prepare periodic performance reports after licensing, all of which need to be negotiated before signing the agreement. We strongly advised that due diligence be conducted thoroughly.

Maintaining clear channels of communication with the licensee is also important, as disputes may lead to legal fees and hassles in the future.

When it comes down to it, every patent owner’s situation is unique, and the question of whether to license one’s patent to others must be considered carefully.

In the next part of this article, we will delve further into this topic and take a closer look at licensing from a licensee perspective, licensing royalties, and some good-to-know information.

Want to take a look at your patent portfolio and find potential licensing targets?

Sign up now for a 7-day free trial of Patentcloud’s Due Diligence!