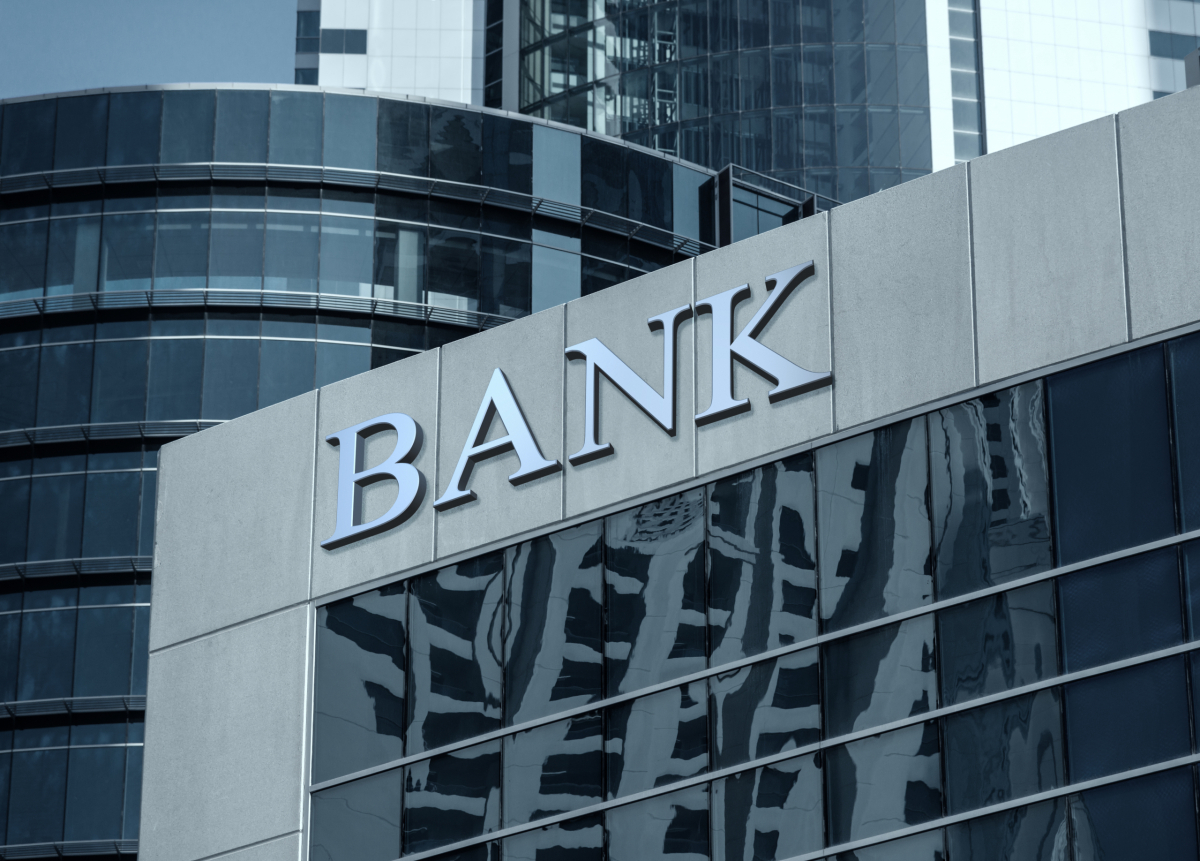 Patent-based financing has become more prevalent. According to a paper by X.T. Nguyen and E. Hille at the UCI Law Review, the number of patents and patent applications recorded as collateral went from almost 67,000 in 2007 to more than 178,000 in 2016 — an increase of 167% over the ten years. However, as more patents become a funding source for companies, more current updates are missing, and important information remains unknown.

Using data from the USPTO, we analyzed 489,732 patents pledged between June 7, 2015, and June 9, 2021, and identified 24,079 transactions. We ranked the lenders by the number of transactions over the past six years. Compared to ranking by patents, this approach allowed us to spot active pledgees — which would have otherwise been unnoticed.

A common issue in the patent pledge market is that lenders may not have all the information about the pledgors’ patent portfolios, such as the remaining life and the value in the patent market. However, with the availability of big data and artificial intelligence, these pieces of intelligence are readily available to both pledgors and lenders.

In this article, we found that a significant amount of collateral patents are of little value to the pledgors and the patent market. Analyzing the legal status of patents pledged over the past six years shows that some types of lenders likely have a greater share of inactive patents. These patents — whether they became inactive before, during, or after the conveyance agreements — are less valuable to borrowers and are therefore less ideal collaterals. 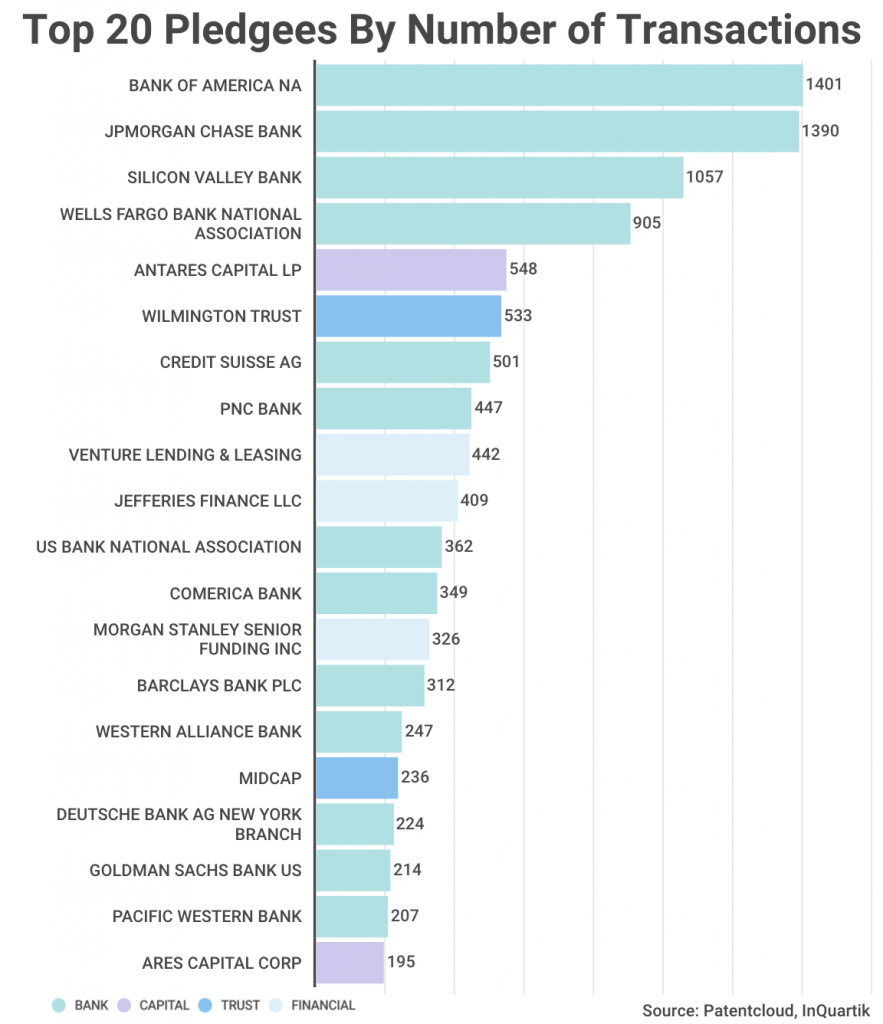 The top three companies account for 16% of the transactions over the six years. Only the top three pledgees have a transaction amount greater than 1,000, while the companies between 5th and 10th place have less than 600 deals. The largest ten patent loan lenders made up 31.7% of all deals, and the proportion for the top 20 lenders is 42.8%. The results indicate that the patent loan market is highly skewed.

Silicon Valley Bank has a much smaller number of patent-backed loans than BoA and JPMorgan Chase, making it less prominent in previous patent loan rankings. The California-based investment bank has VC and PE businesses and may be more open to IP-backed financing for startups, leading to a decent amount of transactions with few patents. The types of companies SVB works with — including life science and energy — are both capital and technology-intensive, making patent lending an ideal vehicle for financing.

The top three are followed by Wells Fargo, Antares Capital, Wilmington Trust, and Credit Suisse. West Fargo Bank is one of the “big four” major banks in the U.S. — the other three being BoA, JPMorgan, and Citigroup. Credit Suisse is the only non-American bank among the top 10 lenders. Notice that Credit Suisse took 277,273 collateral patents over the past six years, only second to BoA and JPMorgan Chase — and is greater than West Fargo Bank.

Of the top 20 lenders, there are 13 banks, 2 capital firms, 2 trusts, and 3 financial companies. All lenders are categorized based on the relative level of risk acceptance for collateral. Banks and credit companies are least acceptable to risks, finance and trust companies are second, and capital firms and corporations are the most likely to accept patent collateral risks.

The Issue With Inactive Patents as Collateral

While some patent experts hold that patent loans are usually secured on granted patents, empirical evidence found that this is not the case. Our data shows that patent applications and inactive patents are used to secure loans in practice. However, inactive patents are not ideal collateral to lenders because they can hardly incentivize borrowers to pay back.

A patent or a patent application becomes inactive when (1) the application is abandoned prior to its grant, or (2) a granted patent has lapsed, expired, or has been revoked by the PTO. Once a patent is revoked, the patent is annulled, failing to provide protection from day one. Expired patents — or lapsed patents not revived within 24 months — no longer protect against infringing behavior.

We found a decent amount of problematic collateral patents, indicating that the patent pledge procedure is somewhat flawed.

The analysis shows that pending applications account for 31.1% of patents pledged between 2015 and June 2021. Among the pending patents, 5.4% of them had been abandoned before they were pledged, and 12.1% of the applications later failed to pass the examination at the USPTO. Those abandoned patent applications should not be included in security packages because they were never granted any legal rights. The applications rejected by the PTO also provided no legal protection. 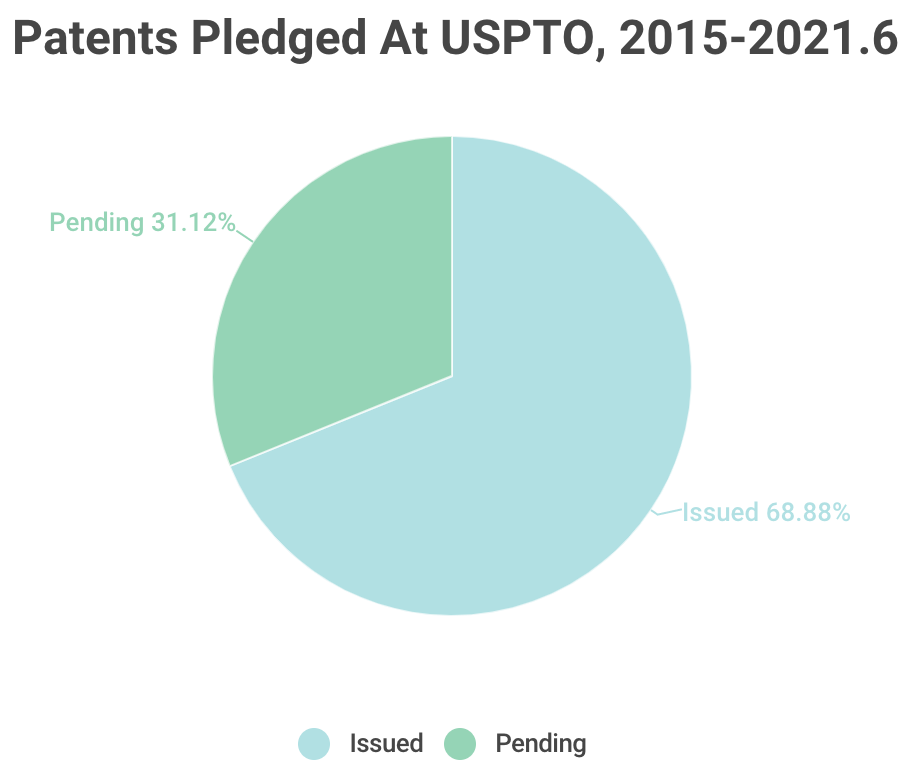 For issued patents, around 1.8% of them had lapsed before they were taken as collateral, and another 8.9% lapsed after the security agreements were made. Since the patents became inactive because the owners did not pay the maintenance fees, these patents cannot protect the owners against infringement.

Around 2.9% of the patents were inactive before being pledged, and 9.9% became inactive within a year from the pledge deal date — these patents account for 12.8% of all collateral patents between 2015 and June 2021.

“When collateral patents lapse shortly after they are released, it suggests they are not worth the maintenance fee to the patent owners,” advises Leon Hsu, Director of the Product Planning & Management Division at InQuartik.

“If the patents became inactive before being released from security, that literally means that they fail to serve as collateral.”

In both cases, these patents are not fit for securing patent loans.

To understand the pledge behavior of different lenders, we looked at the collateral patents’ legal status by financial institutions — please note that the data used in this analysis is between 2015 and April 27, 2021. The legal status here refers to a patent’s status up until April 27, 2021, and not when the security transaction occurred. 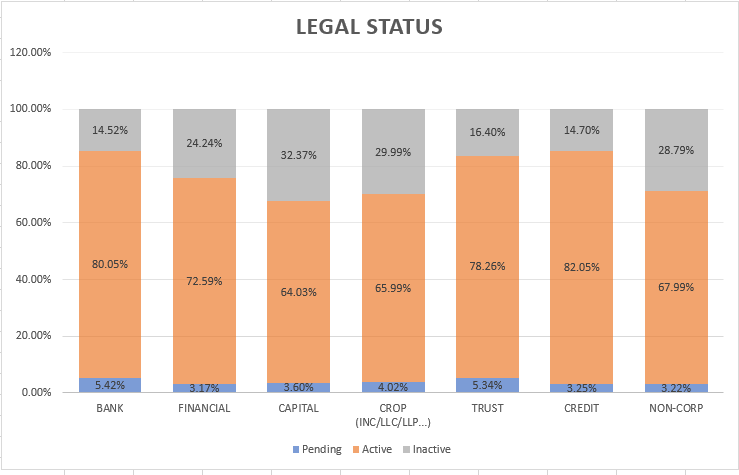 Lenders of all types hold a certain percentage of patent applications, ranging from 3.22% for individual lenders to 5.42% for banks. The analysis shows that some types of lenders have more inactive patents than others. Only 14.52% of the patents pledged to banks are no longer active, followed by credit and trust companies — whose intake of inactive patents is fewer than 16.5%. By contrast, inactive patents account for 32% of the collateral patents accepted by capital firms, and the proportion is 30% for corporations.

Another important aspect of patent transactions is the quality and value of a patent portfolio. The PTO has emphasized patent quality in the past few years, but the quality of most patents is unknown until they are examined by the courts. Lenders should also be mindful of low-value patents because they are unlikely to get a good price in the market.

In the following article, we will examine the quality and value profiles of the top 20 lenders using proprietary data from Patentcloud. If you are interested in receiving the next article, please fill out the floating form to subscribe to our newsletter.

In conclusion, our analysis discloses patent loan lenders with a decent number of deals under their belts but are less renowned in previous studies. Banks have the least amount of inactive patents among all types of lenders. Capital and corporation lenders have a significantly greater share of inactive patents than other types of lenders. The lenders may want to check up on the health of their patent portfolios to ensure they are capable of becoming collateral.

Check out the patent portfolio of a company, inventor, or agency: