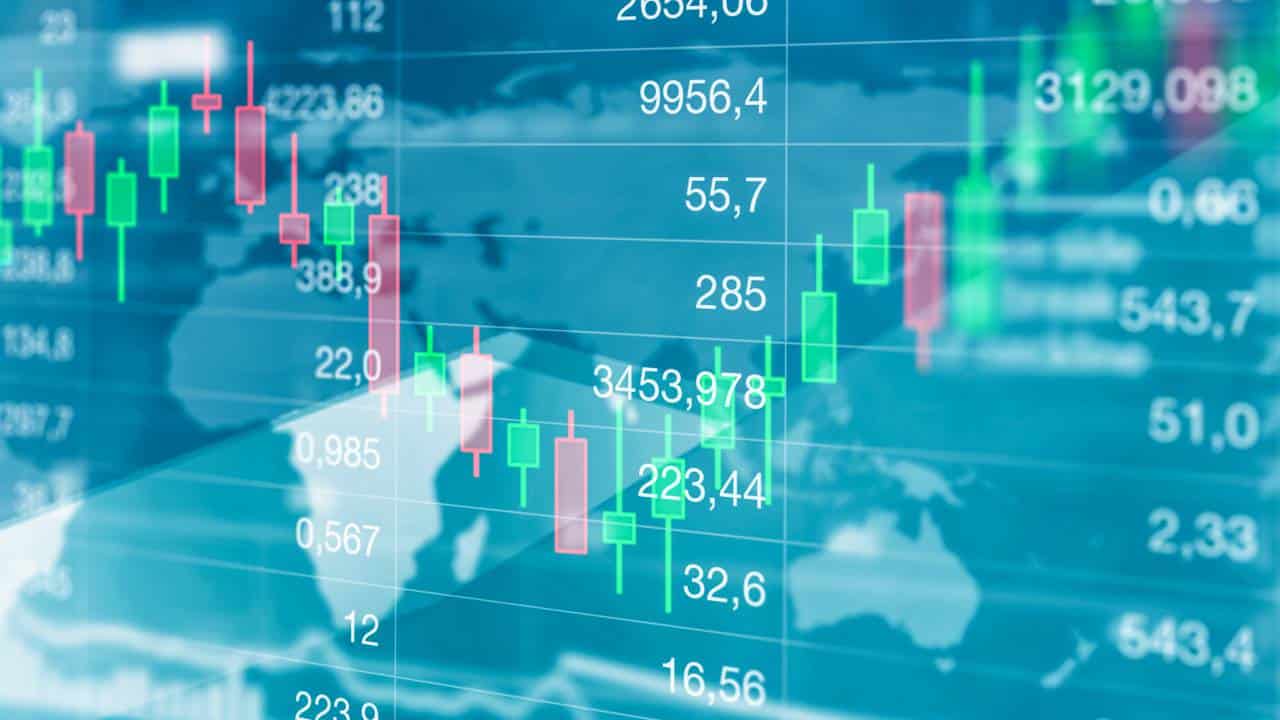 There are two fundamental types of investment approaches—growth investing and value investing. Growth investors seek stock from those companies offering strong earning potential, whereas value investors seek stock that appears to be undervalued. However, patent assets often seem to be overlooked by both types of investors when it comes to the valuation of a company. Some reasons causing the lack of reliance on patent assets by most investors may be due to the following:

As 5G continues to develop and becomes more popular, 5G smartphone shipment is expected to experience strong growth in the coming years. The camera is one of the major components of a smartphone and will benefit from the growth of the anticipated smartphone shipment growth. Let us look at two optical giants in Taiwan and examine their patent portfolios and past performance to see how patent assets can be used to help make investment decisions.

Largan, a company founded in 1987, is a major supplier of camera lens modules for smartphones, tablet computers, and digital cameras, among other devices. The company went public in 2002 and is listed on the Taiwan Stock Exchange (TWSE). Largan has put continuous effort into research and development to strengthen its market position, and its success has been reflected in its stock performance.

In today’s competitive market environment, companies have to innovate and develop new products to capture their market share continuously. Companies must invest in sustaining their growth to maintain their market position, especially the companies operating in technology-intensive industries.

Camera performance is becoming increasingly important for smartphone users and smartphone makers, giving rise to the increasing number of cameras on smartphones. Largan, as a supplier of optical components to smartphone manufacturers, has great potential to benefit from this trend. However, earlier this year, during the investor’s conference in January, Largan’s CEO said that the company is already operating at full capacity, casting doubt on Largan’s ability to grow its business further. With Largan operating at full capacity, analysts are concerned that it will not be able to take on new orders and will have difficulty increasing its revenue. The company announced several ways it will attempt to mitigate the impact of reaching full capacity, including:

Largan also announced its plan to invest USD 55.33 million to build a new factory and increase its capacity; the new factory is expected to be in operation by 2023. Capital expenditure is essential for the company’s growth as the expenditure is used to maintain the company’s PPE. Largan’s investment plan allows it to expand its current capacity and increases the potential for future revenue and profit growth.

As shown in the chart above, Largan’s PPE expenditure and R&D expenses reached new highs in 2019. Continuous investment and development are critical factors for companies to sustain growth and stay competitive. Without them, profit and growth will only be temporary.

A patent is an exclusive right granted for an invention to an inventor for a fixed period, and it may generate future benefits for its owner. Obtaining a patent only makes business sense if it can be monetized and can generate suitable returns for the investor. Patents can be monetized through licensing, transferring, or enforcing the rights.

Although the filing of patent applications has slowed down since 2012, Largan has not stopped developing new technologies. As shown in the chart above, the number of inventions (counted by the number of patent families) has been maintained at a relatively high level since 2010. The increased number of inventions and a decreased number of patent applications suggests that Largan continued developing new technologies while getting more focus in certain markets.

In 2010, Largan was sued by Fujifilm Corporation for patent infringement, the case lasted for around three years and was finally settled in 2013. Largan learned that patents have to be used wisely to maintain market position and to gain a competitive advantage. Between 2009-2012, Largan increased its patent application filings and accumulated more patent assets, enabling it to become more equipped to face its competitors.

In 2013, Largan filed a complaint against Samsung, seeking damages for alleged patent infringement on eight of its optics lens patents (in the United States District Court for the Southern District of California). The lawsuit was settled in 2016 by both parties jointly filing a motion of dismissal.

It was reported that Largan resumed its supplier relationship with Samsung after the lawsuit. Around the same time, Largan had two other lawsuits against its Taiwan-listed competitors, GSEO and AOET. Largan sued GSEO for patent infringement (in the United States District Court for the Northern District of California), and the case was eventually settled in 2016. Largan also sued AOET for trade secret misappropriation, the IP court (Taiwan Intellectual Property Court) ruled in favor of Largan and ordered AOET to pay Largan damages of USD 50 million. This was said to be the highest ever payout for trade secret infringement in Taiwan.

In 2019, Largan continued to leverage its patent portfolio to solidify its market position. Largan filed lawsuits against HP, AOET, and Newmax Technology Co. for patent infringement (in the United States District Court for the Eastern District of Texas), this case is still ongoing.

These litigation cases helped Largan protect its market leadership position by prohibiting others from using its patented technologies. On the other hand, Apple uses Largan’s technologies and pays a royalty fee for the privilege. Largan has established a stable position in Apple’s supply chain by taking Apple’s orders and receiving a royalty from Apple.

Patents are not just useful as weapons; they can also be used as bargaining chips to open up cooperation opportunities with other companies.

It was reported that early 3P/4P camera patents were mainly owned by Fujifilm, Nikon and Kantatsu. When there were disputes, cross-licensing could be used to resolve them. After 5P, Largan became the owner that owns most of those camera patents.

Although it is necessary to consider these factors when evaluating a patent portfolio, other factors should also be considered when determining how strong a patent (or patent portfolio) is, such as the quality and value. Patent quality indicates the relative eventuality of prior art references being found for a patent; the lower the quality, the higher risk of more potential prior art references that can be used to challenge the validity of the patent. Patent value reflects the relative tendency of a patent to be practiced or monetized after its issuance, by considering citation data and the qualifications of the inventor, etc.

For an invention to be patentable, it has to be subject matter eligible, novel, useful, and non-obvious. Patent applicants usually encounter novelty issues or non-obviousness issues during the patent application process.

It is essential to perform a comprehensive patent search early to reduce the chances of encountering novelty or non-obviousness issues during the patent application process.

While the determination of novelty is quite straightforward, non-obviousness can be more challenging to ascertain as it requires an invention not to be an obvious combination of all patent and non-patent literature.

As shown in the charts above, around 39% of Largan’s US patents have patentability issues, with the most being related to non-obviousness and novelty.

GSEO principally engages in the manufacture and distribution of optical lens products. The optical lens is applied in traditional cameras, digital cameras, mobile phones, and laptops.

Similar to Largan, GSEO will benefit from the growth of smartphone shipment. Due to increased demand from its clients this year, GSEO announced that it is planning to invest USD 146 million for expansion, with USD 115.33 million billion going towards purchasing new equipment and USD 30.67 million building a new factory in China.

Since 2012, Largan’s patent portfolio has grown at a relatively constant rate. GSEO, on the other hand, started to accelerate its patent application filing a few years later than Largan, leading to a technological gap between Largan and GSEO.

As shown in the chart above, GSEO’s has a relatively larger portion of patents with mid-quality (A or B) compared with Largan. Moreover, GSEO has a smaller portion (about 12%) of patents with a patent value ranking of A or above.

As shown in the chart above, Largan, AAC Technologies, and Samsung are the top three companies identified as potential targets for GSEO’s portfolio. The list of potential targets includes not only direct competitors but also downstream smartphone makers such as Samsung and Apple.

In summary, Largan built up its patent portfolio a few years earlier than GSEO, which led to a technological gap between the two companies. Largan has filed more patent applications and has accumulated more patent assets than GSEO.

Lastly, Largan has better overall patent portfolio quality compared with GSEO. It is difficult for GSEO to compete with Largan, not only in terms of the number of patents but also the quality of its patent portfolio.

We compared the financial performance of the two companies by analyzing their gross margin %. As shown in the chart above, apart from the period between 2003 to 2005, Largan had a better gross margin % than GSEO.

Largan started to build up its patent portfolio sooner than GSEO and built a more substantial patent portfolio with better quality. Largan enforced its patent rights against some of its competitors (including GSEO) to strengthen its market position.

Overall, Largan was able to manage and use its patent assets more effectively than GSEO, and it had a better performance compared with GSEO (Largan’s 2019 EPS USD 7.02 vs. GSEO’s 2019 EPS USD 0.83, gross margin %, etc.).

Obtaining a patent is not the end goal; it is only a means to help a company gain an advantage over its competitors, and it depends on how effective the company manages and uses its high-quality and high-value patent assets.

Patent assets can be useful when making investment decisions if interpreted correctly and used the right way. Patent assets may give the wrong signal if misused (e.g., merely looking at the number of patents that a company has to determine the technological strength). Only companies with high-quality and high-value patents and those that efficiently manage their patent portfolios can bring the greatest benefit to companies.

Financial analysts are typically equipped with strong analysis and modeling skills, but may not have the technical knowledge or IP expertise to understand patents. Therefore, it is essential to use the right solutions and methods to analyze patent assets to gain insights and make impactful decisions.

2. The no. of patents was counted based on a simple search using the company’s English and Chinese names and by removing patents with the same application number.

The Future of Huawei Technologies from a Patent Perspective — Part I