As we do every quarter, we have analyzed the USPTO patent assignment data with the aid of Patentcloud to generate a comprehensive report.

If you are wondering why assignment data is important for the patent market, here are a few reasons for you to consider.

Before diving into the major takeaways from 2019’s last quarter, we should make a few points about the scope of the data that we collected and analyzed.

Without any further ado, below are our 8 takeaways from 2019’s last quarter.

The number of patents transacted increased from 5,874 (in 1,625 portfolios) to 6,454 (in 976 portfolios)—that’s an increase of 9.87% over a quarter. These numbers also tell us that the portfolios transacted were on average richer in patents than the previous quarter. 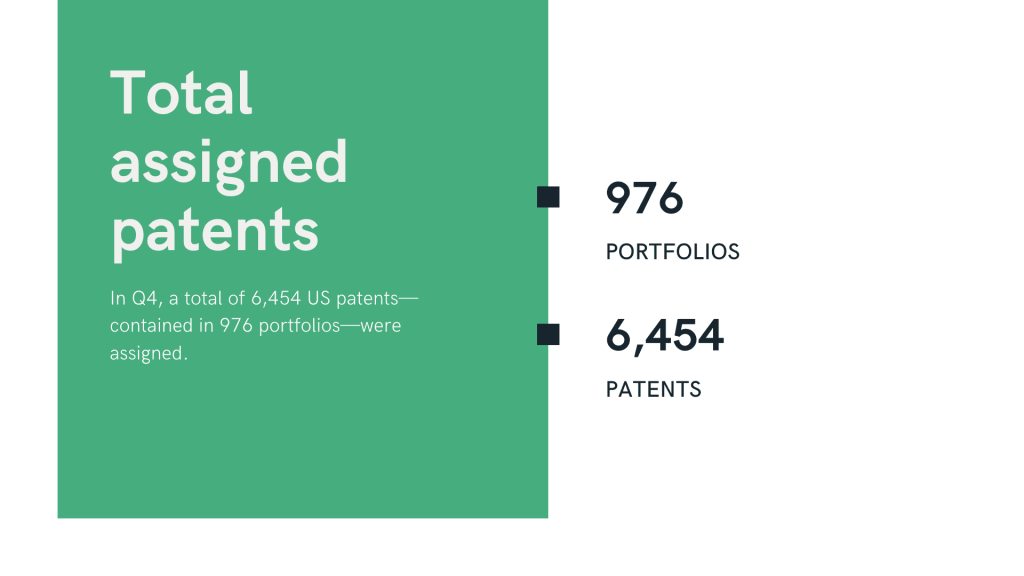 Unsurprisingly, most patents (96.6%) were utility patents—the percentage in Q3 was 90.2%. What may be more interesting is that, consequently, the number of design patents decreased from 9.8% to 3.4%.

#3—Most patents transacted were active.

The percentage of active patents among those in the portfolios transacted slightly increased compared to the previous quarter. The difference, specifically, is 2.7%.

This quarter saw the entry in the top assignees list of Bermuda, in the second position with 3 portfolios (682 patents), and Switzerland, in the third position with 24 portfolios (194 patents). It should be noted, however, that the only assignee from Bermuda is Marvell Technology Group, which is actually headquartered in Santa Clara, California. The same goes for the major assignee from Switzerland—Alcon—which is headquartered in Fort Worth, Texas. 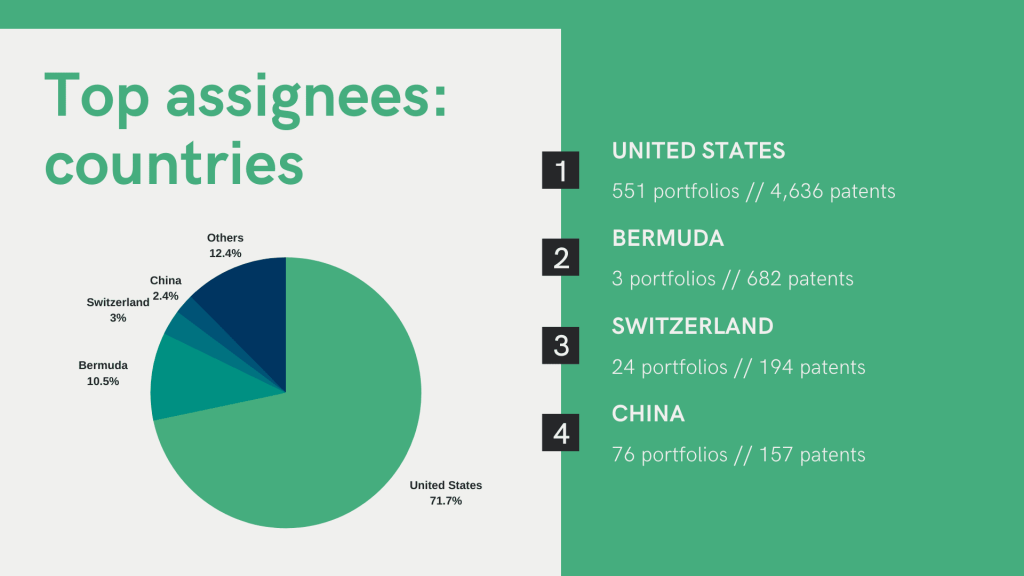 #5—Higher quality and value for the patents transacted.

High-quality and high-value patents increased by 2.8% compared to the previous quarter. This brings the percentage of the most desirable patents to 9.9%. The calculation was made according to Patentcloud’s Patent Quality and Value Rankings—to learn more about them, click or tap here. 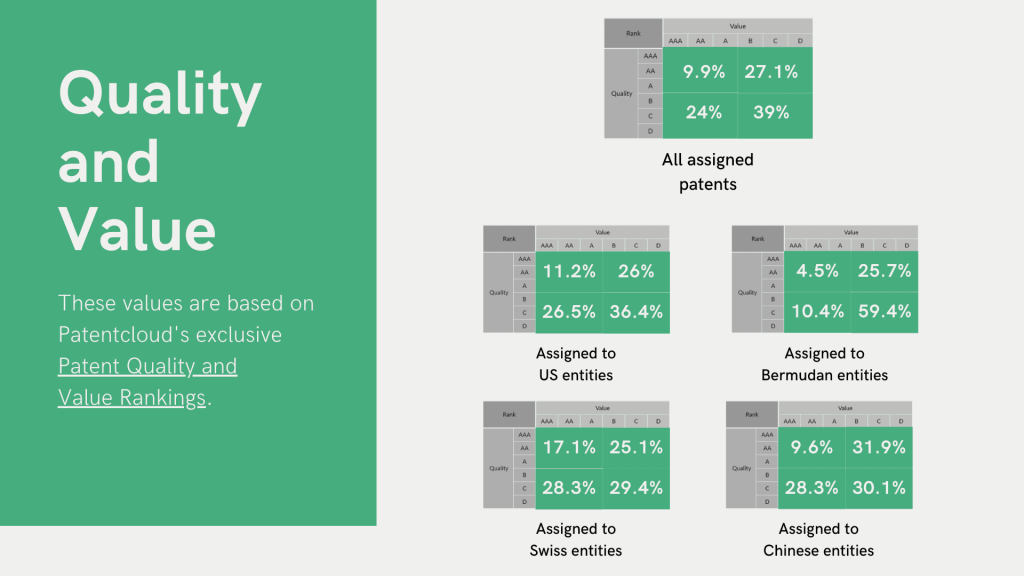 #6—Symantec got acquired and closed 2019 as the top assignor of US patents.

With 1,743 patents assigned, the online security giant is the company that assigned most patents in the last quarter of 2019. This comes as no surprise: The company was acquired by Broadcom last August. 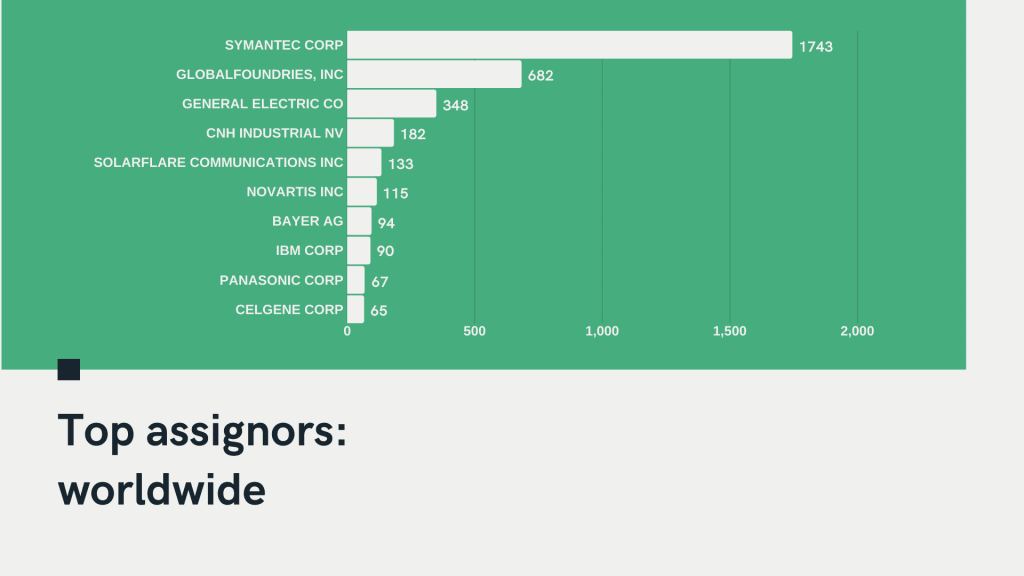 With the acquisition, Broadcom—the developer, manufacturer, and global supplier of semiconductor and infrastructure software products—also acquired all of Symantec’s patent assets.

Would you like to discover more about these patents? Let us know with a comment below and we will use Patentcloud’s Due Diligence to make a thorough analysis. 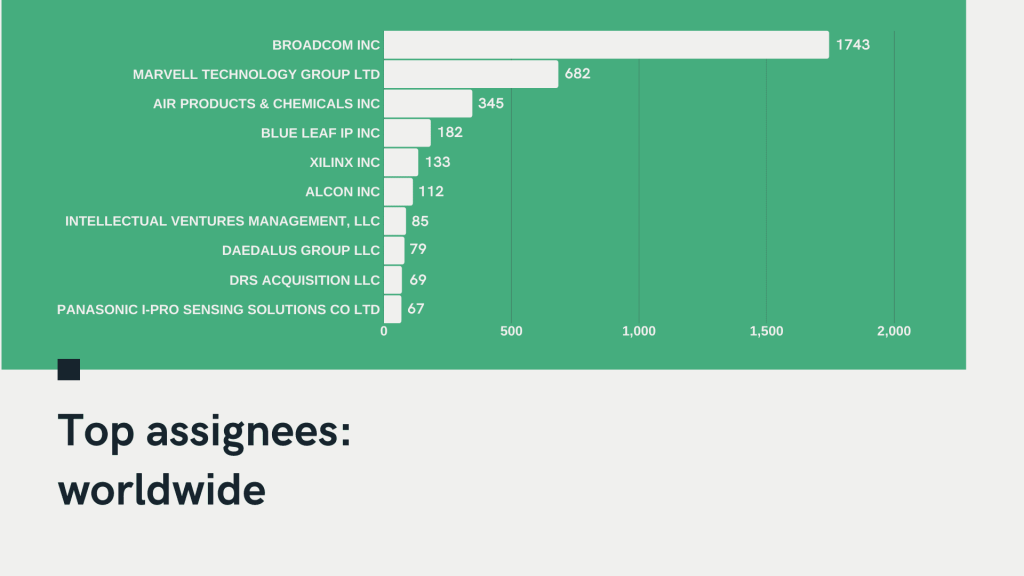 Once again, a different focus on the technologies transacted was clear. This time, the Top 3 in the US matched the leading worldwide industries with Computer Technology, Digital Communication, and Medical Technology opening the list. In China, Electrical Machinery, Apparatus, Energy still attracted interest with 6.6% of the patents acquired belonging to this field. 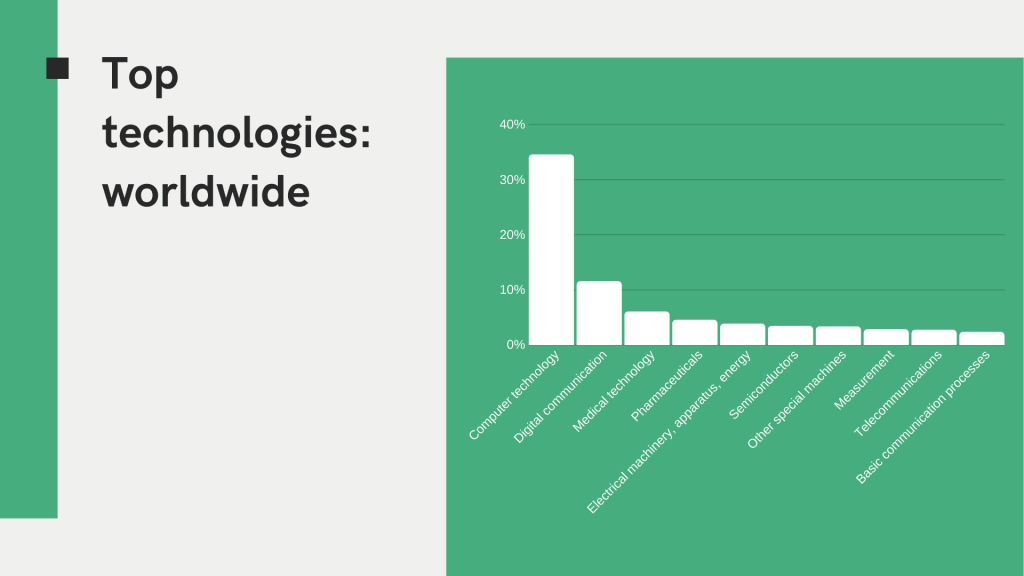 The last quarter of 2019 didn’t bring about any major surprises in the US patent market. Both the key players and technologies have remained substantially the same, with the usual differences in focus from country to country.

Stay tuned for our next report, in which we will highlight the trends that are characterizing this year’s first quarter by analyzing the newly-published US patent assignment data. One big question remains in the back of our minds:

Will the coronavirus outbreak impact the patent market as well?

In the meantime, join the discussion around the COVID-19 treatment patent case here.

BONUS—Fill out the form here to download the complete (21 pages) report in PDF format.