The Importance of 4G Carries On: 3 Reasons Why the “Old” Standard Is Still Relevant in the 5G Era

After a decade of development, 5G has finally become a reality this past year. Several events, in fact, have brought this new mobile telecommunication technology a step closer to day-to-day adoption. Let’s recap.

In 2019, Qualcomm released two major products related to 5G: the Snapdragon 856 processor and the X55 modem.

The two components are designed to work together: the Snapdragon 856 will equip this year’s high-end smartphones with computational capabilities that are fully leveraged only over 5G networks — which will be provided by the X55 modem. Devices equipped with this pair of components will be capable of reaching download speeds of up to 7.5Gbps. 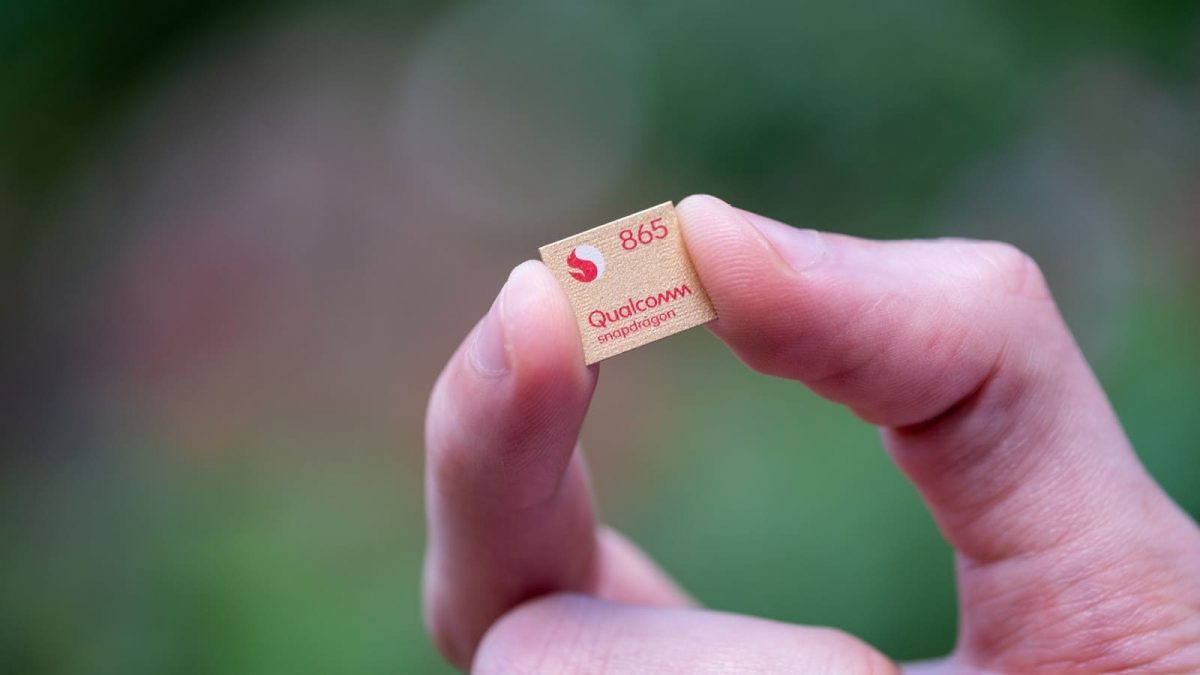 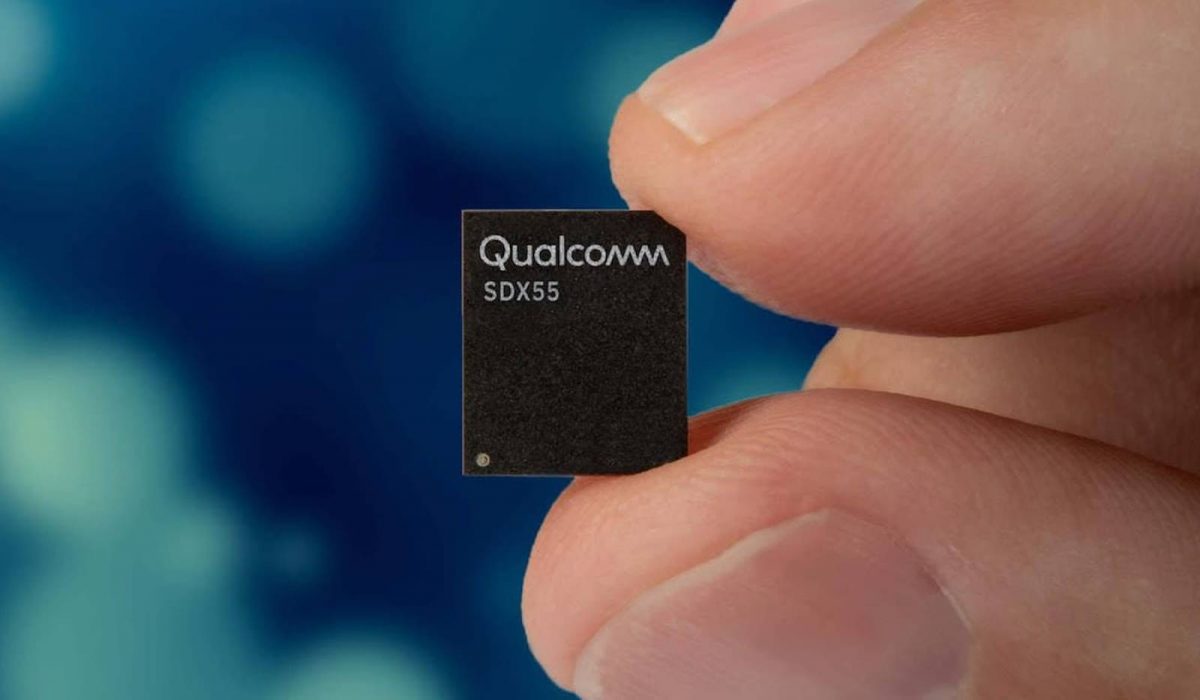 Even with a few hiccups, all of the major US carriers have some form of 5G network available now, at least in the larger cities.

Currently, wider coverage is being provided by T-Mobile, which rolled out its service in 5,000 cities. It should be noted, however, that this carrier opted for larger coverage at the expense of speed (since its network runs on a low-band spectrum — more on that later).

In spite of these leaps forward, 5G is still far from being widespread: most of our smartphones still run on the previous generation of mobile technology. Simply put, it seems that 4G is not going anywhere anytime soon — but how can we confirm this?

Besides the technical aspects — which we will explore in detail below — we can take a closer look at two of the main indicators of the interest around a given technology: patent litigation and licensing involving standard-essential patents (SEPs, which are crucial to the implementation of any new standard). A vibrant activity in these areas would mean that the stakeholders involved still regard that technology’s patents as important for future development.

Without any further ado, let’s take a look at the three reasons why the 4G standard is still relevant in the 5G era.

As mentioned above, licensing activities are a clear sign of interest in the technology disclosed by the patents involved. This is especially true in the telecommunications industry, where licensing fees are particularly high.

We saw that in the Apple-Qualcomm case analysis: since high-profile companies generally license patents in bulk, paying pricey royalties for a technology that has become obsolete or irrelevant certainly wouldn’t be the smartest of business moves.

To discover more, we took a look at the licensing deals that have happened over the past few years; we were able to identify two major cases involving 4G SEPs just last year:

The Sharp and Samsung licensing deal

A press release by Sharp — published on September 5 last year — reveals that the Japanese company reached a license agreement with Samsung over wireless SEPs. The announcement clearly states that the deal involved:

– from the press release

Adding as well that the company has already licensed its LTE (Long Term Evolution, the latest improvement of the 4G standard) assets to “many leading vendors”.

Even though it was not disclosed who these “leading vendors” were, the sole fact that Samsung — the biggest smartphone vendor for the bulk of 2019 — reached out to Sharp to establish a licensing deal is enough to prove 4G’s importance in the wireless communications field.

This indication is even more apparent considering the conflicts that the two companies had in the past, starting with the litigation involving LCD patents back in 2007, then with the halt of LCD screen supplies in 2016 following Sharp’s acquisition by Foxconn.

As highlighted in an article by IAM, the Taiwanese tech giant’s plans involving Sharp seem to currently focus on creating a steady flow of revenue from licensing. This stage follows the previous phase where underutilized patents were sold off, in what seems to be an effort to identify those assets that have more potential from a monetization viewpoint.

The fact that 4G patents are involved in this second stage confirms that 4G is not dead and is here to stay, for the foreseeable future at least.

The Avanci licensing pool was established in 2016 by former Ericsson CIPO Kasim Alfalahi. Its primary goal is to connect wireless technology innovators with companies operating in the automotive industry, making it easier for them to access the technology needed to bring the IoT to our cars.

These companies have made their wireless communication SEPs — which all play an important role in the automotive and IoT industries nowadays since they rely heavily on connectivity — available for licensing, so that:

“[…] makers of products for the Internet of Things can get the technology they need in one place.”

According to Avanci itself, this allows the interested companies to get their hands on the technology they need faster and with fairer conditions. The clear benefit is that intellectual property from different patent holders can be licensed within the same transaction.

The licensing fees applied are calculated according to the FRAND (Fair, Reasonable And Non-Discriminatory) principle, based on the value that the technology brings to the product, not the sales price of the product.

During the past year, the companies that have joined the Avanci platform as assignees are:

Once again, the fact that 4G — and even 3G — technology is still part of the pool of patent assets available for licensing through Avanci is a clear sign that its role in the development of the next-generation devices is a prominent one.

Patent litigation is another litmus test for finding out whether a technology is still attracting interest among the key players of an industry. As before, we found a couple of major cases involving 4G in recent years:

One of the most recent ones involved the Finnish tech giant Nokia and the German car manufacturer Daimler against the backdrop of the Avanci licensing platform that we mentioned earlier.

In April last year, Nokia filed ten lawsuits in Germany against Daimler, accusing the latter of infringing its SEPs related to 3G and 4G. Industry rumors speculated that the controversy was the result of failed license negotiations, in which Daimler had refused Nokia’s licensing offers essentially for two reasons:

The Scandinavia company — already a member of the Avanci pool — allegedly offered Daimler two possible ways to conclude the licensing deal: either through the aforementioned patent licensing platform or via direct negotiations.

Earlier this year, the first of the ten lawsuits ended in favor of the carmaker with patent EP2286629 being declared non-essential to the 4G LTE standard.

Two giants in their respective industries fighting over 4G standard-essential (or declared so) patents is another clear sign of the unvaried importance of the standard.

The Unwired Planet v. Huawei case in the UK

Another high-profile case from recent years revolved around the FRAND principle as mentioned above.

To recap, the granting of SEPs always brings the risk of anti-competitive behavior with it. This is tied to the essentiality of these patents, which may put their owner in the position of refusing to license or, more frequently, charging excessive fees.

To avoid this — and the consequent “hold-up” of the technology — SEP licensors are required to propose licenses on a fair, reasonable, and non-discriminatory basis only.

In March 2014, Unwired Planet (an NPE that in 2013 acquired over 2,000 SEPs from Ericsson) sued Huawei, Samsung, and Google for the alleged patent infringement of six UK patents — including five 4G SEPs — adding that the Chinese company had refused to accept a FRAND license proposal.

Huawei responded shortly after stating that the patents were neither essential nor valid, adding that the proposal received by Unwired Planet wasn’t based on FRAND principles, and thus against the competition law.

The controversy escalated into several high-profile trials, which had the aims of determining whether the patents involved were actually essential (two of them had been held valid and thus infringed) and setting out the guidelines of how to determine FRAND rates (which brought the first full FRAND determination for a SEP portfolio).

At the time of writing, a final decision hasn’t been made yet. The latter, however, seems to be just around the corner according to sources close to the parties involved.

It is interesting to see how one of the biggest patent cases of the last decade originated from a dispute over 4G SEPs, confirming once again their prime position in the telecommunications sector.

3. 4G technology is still at the core of the new 5G infrastructure

According to Release 15 — the latest document released by 3GPP detailing the guidelines for the implementation of the new standard — the transition to 5G will go through two phases, or ways, of implementation:

The first phase — the one that we are currently going through — relies on the existing 4G infrastructure and has the main goal of increasing the overall network capacity.

In particular, it utilizes the 4G LTE for non-data duties such as call origination, call termination, and location registration, which are collectively called the “control plane.”

To these previous-generation core networks and base stations, the actual 5G base stations are added to provide wider bandwidth (eMBB, Enhanced Mobile Broadband), ultimately achieving increased data rate and connection reliability. This sub-system is commonly referred to as the “data plane.”

NSA mainly addresses the first (of three) use cases for 5G defined by 3GPP, which relates to scenarios requiring high data rates across a wide coverage area. Some examples of this use case are AR/VR media and applications, UltraHD, and 360-degree streaming.

During this stage, two frequency ranges are utilized:

This first phase of implementation — which may last between five and ten years — will allow operators to build the infrastructure for the next stage: routers, switches, servers, network slices, intelligent operations and maintenance, edge computing centers, open-source, and white boxes will all need to be adapted to the new standard.

The second phase will complete the transition to the new standard by utilizing 5G for both signaling and information transfer.

In this implementation, 5G base stations are directly connected to a 5G core network, so that the aforementioned signaling does not depend on the 4G network anymore.

This final stage deals with an issue that slowed down the transitions between the previous generations of mobile communication: “refarming.” The term refers to the necessity of emptying the bands used by a previous generation to “make space” for the users of the newer generation.

SA also addresses the other two use cases mentioned above:

The frequency ranges utilized are the same as the ones mentioned above: Sub-6GHz and mmWave. The reason for keeping both is that mmWave, with its high frequency, can only travel short distances, requiring a high concentration of 5G nodes to ensure good coverage.

While this drawback is easy to address in highly populated areas, it would be difficult to put into practice in rural areas (where tall buildings or cell towers are scarce). This is precisely why 5G still needs to rely on lower frequency bands that can travel for a longer distance while maintaining enough power.

It should be clear by now that the importance of 4G in this new 5G era shouldn’t be underestimated. All of the indicators we looked at seem to confirm that the major players in the telecommunications industry are proceeding along two parallel lines.

On one hand, they are investing in the development of 5G, because that is what the future will be built on. On the other hand, they have the necessity to keep 4G in their portfolios for two main reasons:

The main takeaway from this analysis is that analyzing trends in the 5G scene is important, but to get a crystal clear overview of where the telecommunications market is heading to we must include 4G: (almost) gone but not forgotten.

Standard-Essential Patents: How SEP Licensees Can Reach a Fair Deal