How the IP Industry has Changed Over the Last 10 Years: An Interview with Gilbert Wu

Gilbert Wu, who is the senior vice president of MiiCs & Partners has kindly offered his expert opinion on how the IP industry has changed and what to look out for in the future. 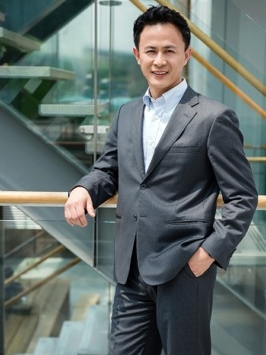 “One of the major changes in the last decade, from a legal perspective, would be the changes to US case law, as well as the introduction of the AIA, which substantially changed litigation and the momentum between the plaintiff and the defendant. The change in case law tends to happen periodically, usually every ten to twenty years in the US. The courts tend to favor one side and then after one or two decades, the courts gradually then start to favor the other side of the litigation.

Even before the AIA was introduced, the US court had already started to change its attitude towards different aspects of patent litigation. For example, concerning claim construction, how to define infringement, and patent validity issues, the courts are becoming more favorable towards the defendant’s side.

Another change that we saw was the growing use of other forums to pursue infringement. In recent years, there have been more and more litigations filed in China, India and other emerging markets than ever before. The choice came along with the economy, so when the domestic economy grows, patent litigation will potentially grow too. This is one of the reasons why plaintiffs are more willing to go to other forums instead of just to the United States.

Since China and the other emerging countries already participate in WTO, they have opened up the market and have changed the legal system in an attempt to keep up with the other markets. Their patent systems are now more similar to other countries nowadays, and this one of the driving forces behind the fact that plaintiffs are more willing to go to those other forums now to pursue infringements.

Market-wise, transaction activities were not as robust as before, this is due to the change in patent laws and the disadvantaged position that NPEs are in. The incentives for NPEs to buy patents are much less than before, that’s why in recent years, transactions have not been as active, and the patent price has dropped continuously. Buyers nowadays are focused on buying outstanding patent assets, rather than just buying a big chunk of patents, with many patents not having much use or value. Buyers are more cautious now and much more targeted when it comes to the patents for acquisition. Furthermore, buyers have much more bargaining power now than ever before.

However, I don’t think that the patent price will continue to decrease, right now the price has been relatively stable for a few years. People nowadays care more about patent quality rather than volume. I believe that patent value and quality will stabilize and possibly revive after this period, so I don’t think the price will go down any further.

Concerning tools, we have indeed seen a rise of new inventions and the introduction of software systems for both searching and analyzing patents. The speed of software development is accelerating and is now much more competitive, but for practitioners, most current analytical software is not sophisticated enough yet. There was certainly a change in software tools over the last decade, and I’m sure they will continue to grow and develop at a rapid rate for many years to come.”

The Benefits That “Non-Troll” NPEs Can Provide

5 Essential Steps to Selling Your Patent