In this week’s article, we will take a look at some of Intel’s 5G patents with Due Diligence by Patentcloud as they came as part of the modem business that Apple announced that it would acquire in June 2019 (the patents were assigned to Apple in November 2019.)

The 5G patents that we will look at are the standard essential 5G patents that have been declared to the European Telecommunications Standards Institute ETSI. As we mentioned previously, Intel stated that they had given up their modem business and all related patents, so it’s safe to assume that these declared 5G SEPs were part of the Intel to Apple transaction.

Intel decided to leave the mobile modem business in April 2019, following its biggest client, Apple Inc., settling a multi-year lawsuit with Qualcomm and agreeing to buy 5G modems from them again.

Intel’s mobile modem development losses were around $1 billion per year, and it was looking very likely that they would have also missed out on the deadline for getting their 5G-capable mobile modem chips to Apple ready for the 2020 iPhone.

After combining the recently acquired Intel patents for both present and future wireless technology with Apple’s existing patent portfolio, Apple’s wireless technology patents amount to around 17,000. The patents include protocols for cellular standards, modem operation, and modem architecture. It has been confirmed that Intel will maintain the ability to develop modems for non-smartphone-related applications such as PCs, IoT devices, and driverless vehicles.

Apple and Intel were parties to a master asset purchase agreement, and this agreement took place on July 25th, 2019, the Intel patents were assigned to Apple on November 30th, 2019. 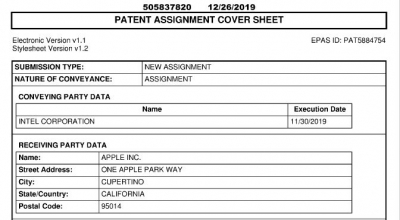 So what do we know about the 5G patents so far? We took a look at the Intel patents that are 5G standard-essential patents declared to ETSI. We used Due Diligence by Patentcloud to view the patents to get a better idea about them*

Before we show you our findings, we would like to take a moment to introduce the software that we used in our analysis of the 5G Intel Patents. Due Diligence is the new way of instantly acquiring a patent portfolio analysis and uncovering vital information. Due Diligence allows the user to:

The distribution map shows the global country coverage for the active and pending patents of the entire portfolio.

The stacked region chart shows the remaining life of the active patents in the portfolio. From this chart, you can decide which patents are worth maintaining in the future, according to the patent/technology/product lifecycle and market competitiveness.

The stacked bar chart indicates the status of the pending patents in the portfolio for each year, and it especially highlights PCT national phase time limits and long patent filings.

This chart highlights the patents with co-owners and/or co-applicants, which may limit future enforcement and/or require a review of the contract and terms.
※ For countries other than the US, CN, JP, or EP, there is no Current Assignee. So, Assignee (Std) is used instead.

This chart lists the inventors, and the companies or institutes they belong to for comparison to the lifecycle of the related fields and the state-of-the-art at that time, as a reference for the preliminary assessment.

US Patents Challenged For Their Validity

This chart highlights US patents that have encountered validity challenges at a patent office. These patents, if they are still active, may prove they have quality by having overcome these challenges. However, the patent scope may also be limited.

This chart provides an assessment of the patent value of the portfolio, which reflects the tendency of being transacted and practiced. A patent family of high value and with high regional coverage may imply a higher tendency to be transacted or practiced in many regional markets.

This chart enables a further assessment of patent quality, which reflects the tendency of a patent to be invalidated. A patent with high value and high quality may imply that the patent has a tendency to be practiced and will be hard to invalidate.

This chart highlights patents with quality issues, due to the threat of potential prior art owing to family members having been abandoned during examination or revoked after being issued, possibly resulting from an incapability to overcome prior art references found by the examiner.

This chart highlights the patents that have patent eligibility, novelty, obviousness, and Indefiniteness issues (35 U.S.C § 101, 102, 103, and 112) in their prosecution history and PTAB history, as indicators for patent quality concerns. A quality issue for a US patent may reflect that there is a similar quality issue for its patent family.

Potential Targets of the Portfolio

This chart reflects the estimated likelihood of the potential targets practicing the patents in the portfolio, based on the relative patent deployments (number of patent filings) in the relevant art.

Filing Trends of Potential Targets in the Relevant Art

This chart provides the patent filing trends in the relevant art and identifies the followers of relevant patent filings as the potential future transaction or enforcement targets of the portfolio.

Data disclaimer:
We have used commercially reasonable efforts to ensure that the data provided is complete and has been obtained from reliable sources. The information contained in this report is current as of the date of this report and may not reflect any circumstances that occur after such date. This report is not intended as legal advice. All information is provided “as-is” and we make no representation or warranty of any kind. We will not be liable for any lost profits, revenues, indirect, special consequential, exemplary, or punitive damages resulting from this report. Data sources: WISPRO, InQuartik, ETSI, and 3GPP.

What’s Next for Apple? 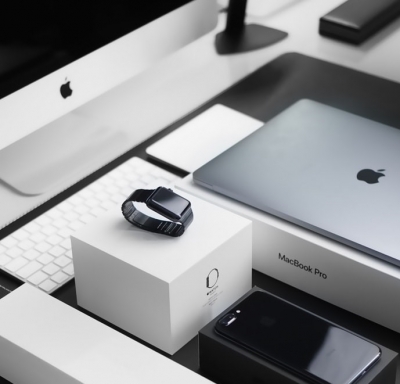 Apple is now the owner of many cellular standard-essential intel patents (SEPs). SEP owners are assumed to license out the intellectual property (IP) on a fair, reasonable, and non-discriminatory (FRAND) basis. Apple stated its commitment to this.

Apple stated that it appreciates intellectual property and acknowledges the vital role of improving and growing industry standards. It’s also worth noting that Apple’s engineers engage in over 100 standard-setting organizations, Apple’s contributions to standards include Wi-Fi, cellular, and USB-C.

Apple also added that it has “long sought to bring a balanced perspective to the promises and perils of standardization” and is committed to licensing its cellular SEPs on the FRAND basis.

In what seems to be a sly dig at Qualcomm, Apple mentioned that it maintains that owners of SEPs should make licenses available on FRAND terms to anyone interested in requesting a license and that SEP licensees should not be made to sign agreements that force them to purchase bundled licenses. Apple also stated that there must be an objective, fair royalty rate that applies to all SEPs equally. 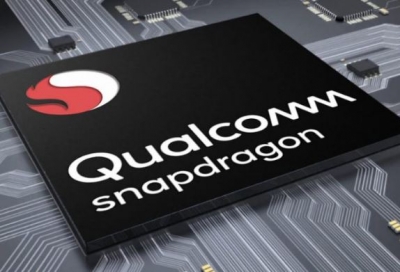 Qualcomm’s share prices accelerated in April 2019, then dropped the month after. The stock held onto a notable edge throughout the year and then ended on a high. According to S&P Global Market Intelligence data, Qualcomm closed the year with an increase of 55%.

As we already know, Qualcomm and Apple settled their legal disagreements in April 2019, which resulted in Qualcomm receiving at least $5bn and a cross-licensing agreement for a further six years from Apple. This settlement pushed Qualcomm’s stock up 23% in just one day and up 56% over the following two weeks.

The aforementioned courtroom action played a part in Qualcomm’s apparent decrease in May. Although the legal issues between the two companies had already ended, the Federal Trade Commission has also ruled against Qualcomm earlier in January. On top of this, in May, U.S. District Judge Lucy Koh issued the final verdict, prohibiting Qualcomm from utilizing some of their notorious business tactics (forcing chip buyers to sign licensing agreements to use Qualcomm’s technologies.)

It’s predicted that Qualcomm’s core 5G wireless chip business will continue for at least a few years. Qualcomm was one of the first suppliers of 5G chips for upmarket devices and has already transferred its 5G solutions stack to its newest set of mid-range cell phone chips. 5G was a pivotal part of Qualcomm’s Q4 earnings call; in fact, 5G was mentioned over 100 times.

Could Qualcomm’s continuing legal disputes put the kibosh on its lofty 5G intentions? It is certainly something to keep an eye on over the coming year.

To perform a patent portfolio analysis as we did with Intel’s 5G portfolio, why not take advantage of a 7-day free trial of Due Diligence by Patentcloud to gain actionable insights about your patent portfolio in a matter of seconds!

Bring data to life with Due Diligence by Patentcloud