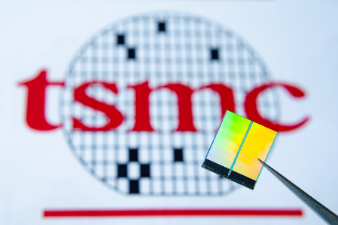 A champion in patent filing

Taiwan Semiconductor Manufacturing Company (TSMC) recently released its Corporate Social Responsibility Report for the year 2019. In the Innovation and Service section, it details its achievements in the area of patents:

These numbers allowed the company to make it into the top 10 global US patent applicants, while in Taiwan — where it is headquartered — it has remained the largest patent applicant for the fourth consecutive year.

As we discussed several times before, however, quality is much more important than quantity when it comes to patents. TSMC appears to have understood this, at least from what transpired from its annual report published a few months ago:

“TSMC has an active worldwide patent strategy and places an equivalent emphasis on both quality and quantity as the core principles of TSMC patent management. […]  In terms of patent quality, the allowance rate of TSMC’s U.S. applications reached 99% and TSMC ranked No. 1 in patent allowance rate among global top 20 U.S. Patent Assignees in 2019.”

— From the annual report

What could be the reason behind this high USPTO approval rate? Is there anything in particular that makes TSMC patents so special?

A strong commitment toward research and development

The company owes this success to a historical focus on research and development (R&D):

“To continue along with Moore’s Law trend and to assist our customers in successful, fast product development and delivery, TSMC has been continuously investing in R&D to offer industry-leading process technologies and design solutions.”

— From the Corporate Social Responsibility Report

The report mentions that last year US$2.96 billion was spent on R&D: the highest since TSMC’s establishment in 1987. This value is in line with the commitment of devoting at least 8.5% of the year’s total revenue to the R&D department.

Were these increasing investments worthwhile? Do its patents really have above-average quality, especially when compared to the other key players in the industry? To find out, we took a closer look at the TSMC patents with Due Diligence by Patentcloud. Besides answering our questions, the analysis — which focuses on granted patents only — allowed us to see how the company has developed and maintained its patent assets over the years. After the overall review, we zoomed in on the patents granted last year in the US, which seem to occupy a prominent position in the company’s marketing material.

According to our database, TSMC’s global portfolio of granted patents amounts to 37,474 assets as of July 2020. This different value — the company reports more than 39,000 patents in its report — may have something to do with how its affiliates are identified. In Patentcloud, the TSMC group comprises 20 affiliates. In particular:

The majority of the portfolio is protected in the US, where 22,891 patents were granted. Unsurprisingly, the second position is held by Taiwan with 8,837 patents, followed by China with 5,026 patents. The company has also filed through the EPO, even though the activity at this patent office is scarce. Such a distribution is in line with TSMC’s customer base, which sees big-name US companies such as AMD, Apple, Broadcom, Nvidia, and Qualcomm as its main purchasers.

The country in which the portfolio’s related patents are going to expire first is Austria (2026), followed by Malaysia, France, and Denmark a year later. The majority of the portfolio (US, Taiwanese, and Chinese patents) is going to expire between 2038 and 2040. The patents’ expiration dates are calculated based on several parameters, including PTAs and reissuance data. Read here to find out more about how the expiration dates of patents are calculated.

By analyzing the main IPC classes cited in the patents, we can clearly see that the focus is on H01 — BASIC ELECTRIC ELEMENTS. In total, 14,917 patent families are involved.

It is by zooming in on this first technology area, however, that the true nature of the portfolio is revealed: almost all the patents families listed under H01 fall under the subclass H01L — SEMICONDUCTOR DEVICES; ELECTRIC SOLID STATE DEVICES NOT OTHERWISE PROVIDED FOR. This is in line with what one would expect from the world’s largest silicon chip contract manufacturer.

The chart below, which combines filing trends with technology fields, shows that the company’s focus has been consistent over the years. The peak in filings — for both the subclass H01L and overall — was reached between 2012 and 2014, when TSMC started delivering the world’s first 28nm High-k/Metal Gate triple gate oxide technology (28HPT). It is worth remembering that this analysis focuses on granted patents only: this explains the downtrend in the last couple of years, which would be normally occupied by published pending applications.

In its report, TSMC mentions how it pushes innovation forward within the company through a reward system that encourages employees to file for patent applications. Several innovation-driven events are also held multiple times a year with the same goal. This confirms the central position that IP has in the company’s overall strategy. It makes sense to take a look at the individuals who are performing better in this area.

In position one, we have Yu Chen-Hua, who is the Senior Director of the Advanced Module Technology Development Division, a key group in TSMC’s R&D department. By digging deeper into the biography, we noticed that he is responsible for the development of advanced packaging and system integration solutions. His inventions include several milestones, such as the transition to the copper process with the introduction of the 0.13-micron generation. Another interesting thing to note is that most inventors in the top 10 have increased their filing activity over the last decade. This may have something to do with the technological advancements required to keep up with Moore’s Law, which in the last decade has become more and more difficult to follow. Check out this article for an overview of the recent developments in the semiconductor industry.

To verify whether all of these R&D efforts and initiatives have led to better patents, we compared the quality of TSMC patents with that of the patents of the other top owners in the same technology field. This assessment is based on Patentcloud‘s proprietary Patent Quality and Value Rankings. In particular, the Patent Quality Ranking focuses on indicating the relative eventuality of prior art references being found for a patent, which can threaten its validity. Some of the factors considered in the calculation, which is based on pre-publication or pre-grant information, are:

For this analysis, we picked the IPC subclass H01L, which, as we saw earlier, is a defining one for this portfolio.

We can notice right away that the proportion of high-quality patents (ranked A, AA, or AAA) in the portfolio is significantly higher than the industry average. On the contrary, the proportion of low-quality patents is much lower, especially when it comes to D-ranked patents. TSMC’s claims, thus, seems to be confirmed: the strong focus on R&D has indeed paid off, and the status of the portfolio reflects the company’s leading position in the market.

Now, let’s zoom in on the TSMC patents granted last year in the US, those that, according to the company, had the highest approval rate among the top 100 patent holders in the US. A quick lookup in Patent Search results in 2,341 records: a number in line with what was stated in the company’s report.

Unsurprisingly, most patents are expected to expire in 2039, a value that is in line with the standard term of 20 years from the filing date.

As for the technology focus, the situation remains unchanged: most patent families are under H01L — SEMICONDUCTOR DEVICES; ELECTRIC SOLID STATE DEVICES NOT OTHERWISE PROVIDED FOR. Thus, the company hasn’t shown any intention to either change direction or develop other technologies (as we have seen in the case of Nvidia, for example). This comes at no surprise, considering TSMC’s current development of 3nm chips.

Even the patents from last year show a better quality on average compared to the other players in the industry, with a higher percentage of high-quality patents and a lower percentage of low-quality ones. Given that it would be challenging to fact-check TSMC’s statement regarding the 99% approval rate, we can confidently say that these patents are of above-average quality.

A word from the experts

“From a financial analysis viewpoint, one of the key parameters to take into consideration when identifying the companies that are worthy of investment is whether they devote most of their resources to their major business. Based on the patent data that we analyzed above, it is clear that TSMC is extremely focused on its key sector.”

This strong focus, coupled with targeted R&D spending as well as in-house talent fostering, brought TSMC to the center of the worldwide semiconductor scene. Will this be enough to survive the competition?

Would you like to conduct your own analysis of this portfolio or another portfolio of your choice? Take advantage of the free trial below and enjoy all of the advanced features for 7 days. No credit card required.